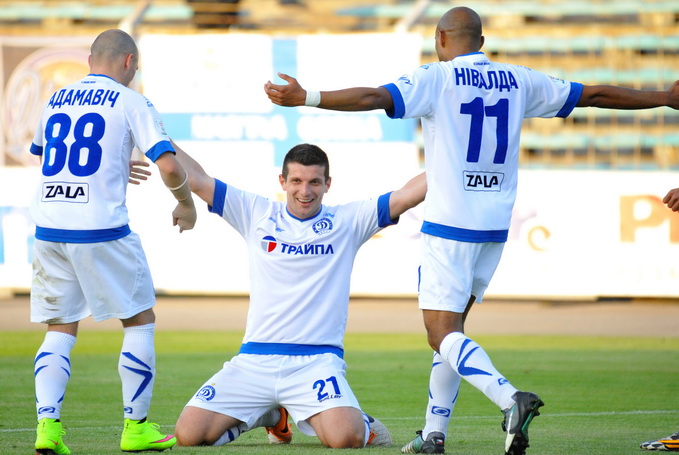 Although the two clubs are close in point standing, there are significant differences between them. Whereas BATE Borisov are run by a business, the joint-stock company Borisov Automobile and Tractor Electronics factory (BATE)—almost a throwback to the time of the Soviet Union were many clubs were part of state owned conglomerates—Dinamo are owned by the Belarusian oligarch Yury Chyzh.

In many ways, the involvement of Chyzh, in what had once been Belarus’ most successful club in the Soviet Vysshaya Liga—the team is the only club from Belarus to have ever won the league in 1982—highlights how important football has become for those closely involved with Belarus’ dictatorship. For the past nine years, however, Dinamo has had to take a backseat to BATE, which has won the Belarusian championship nine times in a row, and is currently leading the league once again.

Furthermore, BATE has also continuously represented the country in the UEFA Champions League, which makes it the international face of Belarus’ football. Dinamo is now hoping to change that, not only by qualifying for the Europa League, but also by wrestling the Belarusian championship away from BATE.

Dinamo, and more specifically their owner Chyzh, have a close association with Belarus’ president Alexander Lukashenko, who is often called the last dictator of Europe. According to the Belarus Digest, Chyzh has an extremely solid relationship with the dictator and the 48-year-old frequently appears along side Lukashenko at public events. 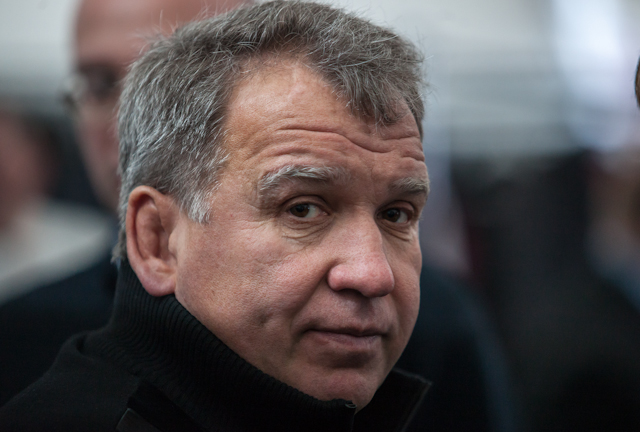 Chyzh owns the Triple Corporation that is well known in Belarus for its soft drinks. He also has extensive business interests in construction as well as in Russian oil imports, reprocessing and exports. In 2012 Chyzh’s close connections to Lukashenko led to the placement of a travel ban on him by the European Union. The ban was later vetoed by Slovenia as a Slovenian firm was involved with Chyzh’s construction company that was working on the Kempinski Hotel in Minsk. Chyzh also has other business interests in the EU that includes biofuel production in Lithuania and Latvia.

These international connections, along with his close ties to the Lukashenko regime, have made Chyzh the second richest man in Belarus after fellow oligarch Vladimir Peftiev, and his club Dinamo Minsk have begun to close the gap with BATE Borisov.

In the 2014 regular season Dinamo Minsk trailed BATE by only two points. After 22 match days, however, the Belarusian Premier League is split into a championship round, and a relegation round, and after the additional ten matches of these two rounds, BATE outclassed Dinamo by ten points.

This year Minsk are once again BATE’s closest title challenger, and are currently trailing BATE by only three points after 16 matches of this year’s Belarusian Premier League. 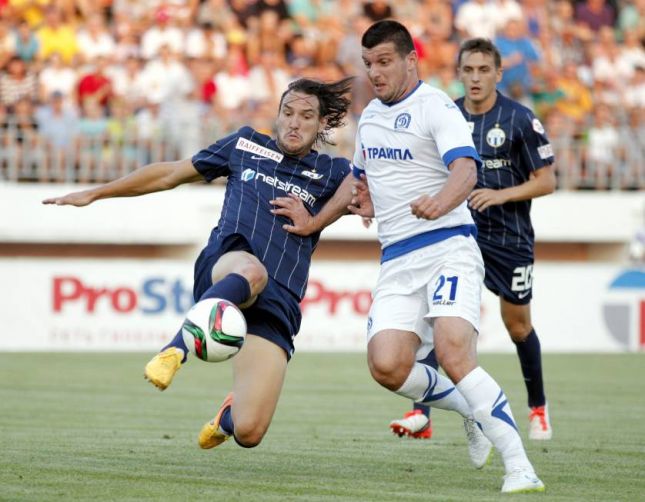 The club has also caught up in other departments, thanks to Chyzh’s investments. Dinamo Minsk—according to Transfermarkt.de the squad has an overall transfer value of €11.25 million—are now considered the second most valuable team in Belarus after BATE. In fact both BATE, with a squad worth €17.8 million, and Dinamo are the only two teams with that are considered worth over €10 million, with third placed Shakhtar Soligorsk estimated worth a meagre €5.8 million.

BATE’s continued success, and astute financial management have meant that the club has been able to build sustainable success over the last 20 years. Unlike BATE, Chyzh has brought in specialists from abroad in order to hasten the development of the club and to make his team the new face of Belarusian football. Dinamo now employs nine so-called legionnaires, as opposed to the four that are currently on BATE’s squad. Unlike BATE, Dinamo very much represents the current regime in Belaruss, and for this reason it is doubtful that the club would ever win the same amount of rapport that BATE does both at home and abroad. As the song says: “money can’t buy me love.”