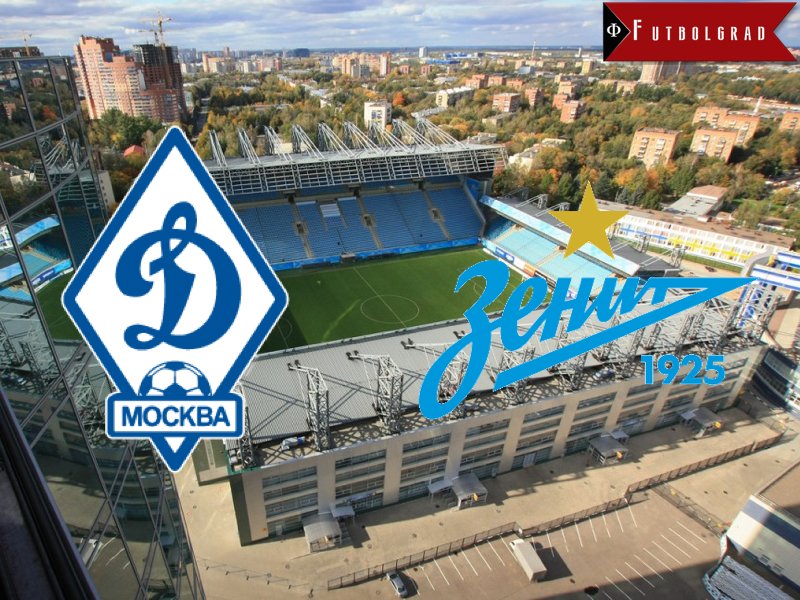 Dinamo Moscow, Dinamo Tbilisi, and Dynamo Kyiv are the only three clubs in Soviet and post-Soviet history to never have been relegated. On Saturday the record books might have to be changed, as Dinamo Moscow are looking into the face of relegation from the Russian Football Premier League (RFPL).

The situation before match day 30 – Image via RFPL.ru

All eyes in Russia will be turned towards Khimki for Dinamo Moscow vs Zenit Saint Petersburg. Dinamo are currently 14th in the RFPL with 25 points, but are closely followed by FC Ufa and Mordovia Saransk, which stand at 24 points. Hence, Dinamo will be relegated if either FC Ufa, against Spartak Moscow, or Mordovia Saransk, against Lokomotiv Moscow, win their last matches, and Dinamo at the same time fails to defeat Zenit in Saturday’s match – with the kick off at 13:30 Moscow time.

Dinamo Moscow vs Zenit is an Intriguing Storyline

This is an intriguing storyline, as Dinamo will play against one of their closest rivals in their last match, and at the same time has to hope that both their city rivals, and in Spartak’s case their oldest rival, will win their respective matches.

Lokomotiv dropped from being a championship contender before the winter to missing out from qualifying for the Europa League. For Spartak the season has been another rollercoaster ride, as there were high hopes at the club that Russia’s record champion could compete for the title this season or at least return to the UEFA Champions League. But inconsistency meant that Spartak was never in the title race, and at times even seemed unlikely to qualify for Europe at all.

Dinamo therefore hopes that both Lokomotiv Moscow, and Spartak Moscow will want to end the season on a high note. But Dinamo’s optimism could be crushed, as, in case of Dinamo’s relegation, all of the negative media spotlight in the capital would turn towards the former police club. Spartak especially might feel that Dinamo’s relegation to the Football National League would repair the injustice committed by Dinamo’s founder and head of the secret police, Lavrentii Beria – who had the Starostin brothers, the founders of Spartak, arrested in 1942 and sent to the Gulags (more on the story here).

Futbolgrad was in attendance at Spartak’s last home game of the 2014-15 season, which was incidentally also against Ufa. In the match Ufa needed a victory in order to stay in the league, and it appeared that Spartak was more than willing to gift the club the victory.

Dinamo Moscow are in Terrible Form

Of course Dinamo has the relegation battle in its own hands, as the blue and whites would maintain their relegation playoff spot, or could even be saved if they defeat Zenit Saint Petersburg.

But Dinamo has been in bad form, and haven’t won a game in eight matches—which have included seven losses and one tie. Their last defeat came against Kuban Krasnodar, a result that not only catapulted Kuban out of the relegation zone, but also saw Dinamo Moscow’s experienced defender Aleksei Kozlov sent off in the last few seconds of the game. On top of this left back Anton Sosnin also picked up his fourth yellow card, and as a result will also miss Saturday’s match against Zenit. 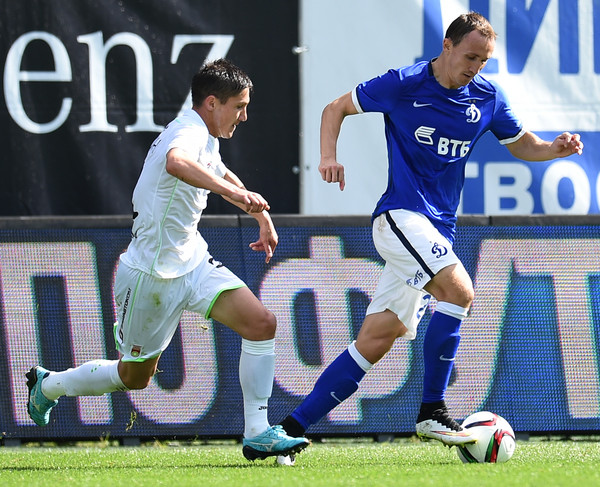 The two are joining a growing list of players who will be absent, as striker Pavel Pogrebnyak, the Slovakian national team defender Tomáš Hubočan, and former Blackburn Rovers defender Christopher Samba are also expected to miss the match at Khimki. In the light of both Hubočan’s and Samba’s injuries Kozlov’s suspension is especially costly, as Dynamo will lack experience in defence.

Fortunately for Dinamo, Zenit’s Brazilian power forward Hulk, and midfield dynamo Axel Witsel will miss the match due to suspensions. But even without Hulk up front, and Witsel’s dynamic presence in midfield, Zenit will have enough fire power in the form of Aleksandr Kokorin, Oleg Shatov, and Artem Dzyuba to dismantle Dinamo’s patchwork defence.

Zenit will be further motivated by the fact that they failed to qualify for the 2016-17 Champions League season, and will now have to be content with a Europa League spot. Yet Zenit could somewhat salvage the season for its fans by sending Dinamo down to the FNL, because as the Russia expert Alexey Yaroshevsky pointed out to Futbolgrad on Twitter: “What makes it even more intense is that the two [Zenit and Dinamo] are sworn enemies. Zenit would love to have Dynamo relegated.”

Indeed these are not the best prerequisites for Dinamo going into match day 30, as the three clubs that could directly influence Dinamo’s future—Zenit, Lokomotiv, and Spartak—all have a strong interest in seeing Dinamo relegated. When adding Dinamo’s poor form, and the fact that several key players are missing Saturday’s encounter, the signs are indeed pointed towards Dinamo’s first ever relegation to the second division.