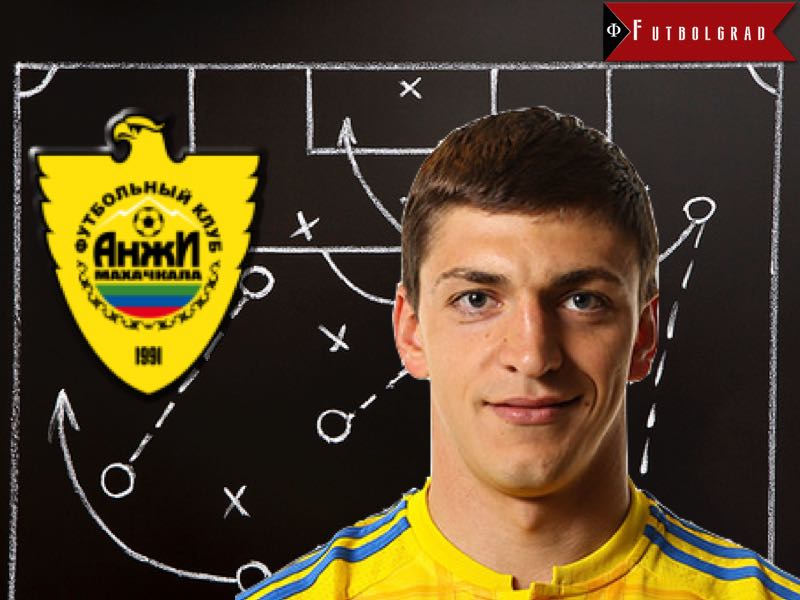 For Zenit Saint Petersburg, things have been going very well under Mircea Lucescu this season. The sky-blue are currently undefeated in the Russian Football Premier League, and are even on points with league leaders Spartak Moscow.

Furthermore, Zenit have won all three Europa League matches, and they were hoping to continue their strong start in the Russian Cup as well. But a trip to Dagestan, where Zenit faced Anzhi Makhachkala, ended in a crushing 4-0 defeat for Lucescu’s men.

With the Russian Cup holders out of the competition, and three red cards including two in the dying moments of the game, as the referee sent off Zenit’s Brazilian sensation Giuliano and Anzhi defender Ali Gadzhibekov after an altercation, there were plenty of storylines that could be taken from the match.

Among the Zenit players after the match, the disappointment was audible, as many believed that they had been treated unfairly by the referee’s controversial decision to sent off goalkeeper Mikhail Kerzhakov in the 58th minute after he had supposedly unfairly stopped Anzhi’s Ukrainian striker Pylyp Budkivskyi.

Pylyp Budkivskyi’s dive made all the difference

Replays later showed that the red card was certainly unjustified, as Kerzhakov had barely touched the young Ukrainian striker and, even if he had, he would not have prevented a clear goal scoring chance. But the scene was also evidence for the fact that Budkivskyi could not do wrong on that evening, and that the striker had played a cracking game for Anzhi.

Anzhi had signed Budkivskyi in the summer from Shakhtar Donetsk in a loan-to-buy deal. It was one of the more controversial moves of the summer; Budkivskyi moving to a club in Russia has been viewed as a Kremlin sponsored initiative that—maybe rightly so—has left a bitter aftertaste for many Ukrainian football fans, especially after it emerged that Budkivskyi had offers from Turkey and his former club Zorya Luhansk.

Mircea Lucescu on the defeat to Anzhi: "We will draw conclusions from the lessons that we learned today"https://t.co/BRU61iTYux pic.twitter.com/x5KGTKETZx

It is, therefore, no surprise that Budkivskyi has struggled somewhat in his new surroundings as the 194cm tall striker has managed just one goal in 11 Russian Football Premier League appearances. The RFPL is, generally speaking, a low scoring affair, and Anzhi are no exception, as the Dagestan based club has scored just ten goals in eleven matches thus far.

In fact, the club’s top scorer has been the Albanian, Bernard Berisha, with just three goals, followed by recent signing, Ivo Iličević, with two goals. Budkivskyi’s single league goal against Rubin Kazan on matchday 3 already puts him in third place among Anzhi’s goal scorers. Indeed Anzhi have looked much more stable this season, as the management continues on a path toward the stable development of football in Russia’s Caucasus region.

Budkivskyi was the most dangerous player on the pitch

In the light of this, Budkivskyi’s performance in the Russian Cup highlights that the young Ukrainian striker could be part of Anzhi’s long-term football project. The forward was a consistent threat to Zenit’s backline with his first attempt on goal coming in the 11th minute, when Kerzhakov tipped his long-range effort over the bar.

In the 28th minute, Budkivskyi extended a low cross by Lorenzo Ebecilio to Shamil Gasanov, who had the simple task of tapping the ball across the line. Then in the second half, Budkivskyi was the best player on the pitch, as he was instrumental in the sending off of Kerzhakov, and then in the 62nd minute he tapped home a wonderful cross by Gadzhibekov to double the lead for Anzhi.

Next, in the 68th minute, Budkivskyi intercepted a poor back pass from Neto to Yuri Lodygin, and the young Ukrainian showed that, despite his height, he also possesses top technical abilities, when he first rounded Lodygin, and then made no mistake when he lobbed the ball past the Belgian defender Nicolas Lombaerts, who had placed himself on the line in a fruitless attempt to stop the shot.

Berisha later completed the scoring for Anzhi in the 78th minute, but it was Budkivskyi who had stolen the show on that particular evening. Zenit head coach Mircea Lucescu, who had coached Budkivskyi at Shakhtar Donetsk, later commented with a smile that Budkivskyi “had acted wisely [when he fell after felt contact with Kerzhakov], but it was never a penalty.”

Budkivskyi’s move to Dagestan raised some questions in Ukraine

The Ukrainian press also took notice of his performance, and Budkivskyi was asked whether he had received any congratulations from Ukraine’s coaching staff. “I received a lot of messages and congratulations. There were no messages from the Ukrainian team. But I also didn’t play for Ukraine. I have to score goals on the field. And it is up to others to pick the [national] team,” he replied.

On October 12 tribuna.com ran one of its traditional polls that asked readers whether Andriy Shevchenko’s decision to leave out Russian based Ukrainian players was political or not, and 62% indeed believe that politics could have played a role in the omission of Budkivskyi in the last Ukrainian squad. But before Anzhi’s match against Zenit, Budkivskyi had also failed to impress at Anzhi Makhachkala, and those who have suggested that he may simply have failed to impress Shevchenko may have a point.

Regardless, Anzhi’s performance against Zenit may have been the prefect tactical blueprint on how to be more effective in their attacking play going forward. With his size and technical ability, Budkivskyi showed great chemistry with the three fast attacking players that were placed behind him. All three, Berisha, Iličević, and the young Russian winger Giorgi Tigiev have the necessary speed, and the ability to cross, to accentuate a striker like Budkivskyi.

The attacking forward line was also excellent in switching positions, with Iličević, and Berisha switching positions to generate confusion among Zenit’s decimated backline. Furthermore, the defensive midfielders Gasanov and Ebecilio were excellent when it came to joining the attacking play, and were always able for fast combinations that often times found Zenit’s back four scrambling.

The task for Anzhi’s head coach, Pavel Vrba, going forward, will be to ensure that the match against Zenit was not a one-hit wonder, and that Budkivskyi, who scored 14 goals for Zorya last season, can finally become a consistent scorer in the RFPL. Last season, Budkivskyi was deemed one of the most promising forwards in the Ukrainian game, and it is now up to him to overcome the political controversy of his move, and to reassert himself as Ukraine’s go-to striker.