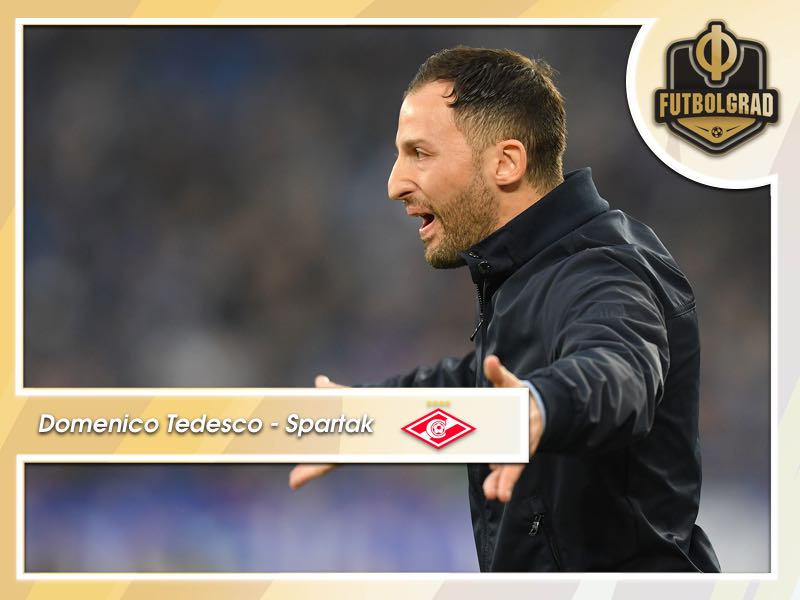 “The overall package excited me,” Tedesco said in a statement published by the club. Tedesco was also impressed by the history and tradition of the club. Furthermore, Red Square and the power of the Russian capital left an imposing impression on the 34-year-old, who will become the first German-born head coach in the club’s history.

Tedesco’s mission at Spartak will be similar imposing than the capital itself. Spartak had a poor start to the 2019/20 season and are currently in 12th place with just 14 points, just one point above the relegation line.

For both Domenico Tedesco and Spartak Moscow, the appointment is a bit of a gamble. Like a high-stakes idn poker game, both sides are aware of the potential gains but also risks involved.

Domenico Tedesco: The 15th coach of the Fedun era

The coaching position at Spartak, after all, has been a hot seat since oligarch Leonid Fedun took over the club in 2004. In the 15 years under Fedun, Tedesco becomes the 15th head coach, in comparison, just 26 coaches were in charge from 1936 to 2004.

Prominent names have come and gone under Fedun’s leadership, including the likes of Michael Laudrup, Unai Emery, and Murat Yakin. Even Massimo Carrera, who led the club to its first national championship in 16 years back in 2017 was fired after a poor start to the 2018/19 season.

Since then, things have gone from bad to worse for Spartak. The Myaso were sixth in the standings when Carrera was relieved and ultimately replaced by Oleg Kononov. Under Kononov Spartak qualified for the qualification stage of the UEFA Europa League but ultimately failed to reach the group stage, in the league the club collapsed towards the relegation zone despite making significant investments into new players, including former world champion André Schürrle.

Kononov’s ultimate failure was that he wanted to produce attractive football with a possession-based 4-3-3. Ultimately, it is the sort of football expected by Spartak fans but Kononov never got the balance right, instead Spartak looked predictable going forward and never had the sort of defence to see games out.

Both problems in the attack and defence are surprising given the talent that was signed in the summer. The aforementioned Schürrle was just one piece of the overall €42 million spent by the club. Among the new signings were attacking players Guus Til,  Jordan Larsson and Ezequiel Ponce. The club also secured the signing of 21-year-old Alex Kral, a 21-year-old defensive midfielder from Slavia Praha, who had offers from all over Europe.

Where then has it gone wrong for Spartak? When it comes to intelligent passes and through passes Spartak are among the top teams in the league. But when it comes to the actual killer pass played, the key pass, Spartak are ranked sixth from the bottom.

In terms of defence, Wyscout also spits out some interesting data. Spartak are in the bottom third when it comes to defensive duels per 90 minutes—behind Zenit and Krasnodar. The numbers overall suggest that Spartak should be much better than the overall results.

Can Domenico Tedesco steady the ship?

What then has been the problem? Effectiveness and lack of chemistry. Tedesco will certainly be able to fix the first. In his first year at FC Schalke 04, Tedesco turned a club struggling for results into the second most productive point producer in German football.

The problem, however, was that it a) was not pretty and b) Schalke’s second-place finish was also largely circumstantial. After all, all the top clubs, with the exception of Bayern Munich had an off-year.

Nine of the 18 wins earned in the 2017/18 season were earned by a one-goal difference—five of those games ended 1-0 for Schalke. With 63 points Schalke still finished 21 points behind champions Bayern Munich and the overall feeling in Germany was that many of the results that had gone in Schalke’s favour could have also gone the other way.

Then in Tedesco’s second year those results did turn against the club. Schalke struggled all year as Domenico Tedesco wanted to add an attacking component to the club’s tactics. Ultimately, first sporting director Christian Heidel and then Tedesco were fired.

Given that Schalke, however, have turned results around under David Wagner this season, despite making very few squad changes, alludes that the problem may have been with Tedesco wanting to change tactics. Hence, when it comes to pure results Tedesco is the right man to turn the Spartak season around but what about cultured football?

Tedesco explained on Monday that one lesson from his time at Schalke was that it is not necessary to change something that works. “I do like to celebrate goals,” Tedesco said. But the goal is to stabilize results first and gain confidence.

Tedesco can certainly achieve that but what lessons has he learned from his time at Schalke and can he adjust to life in Russia quickly? Those will be the questions Domenico Tedesco will have to answer as he embarks on his Russian adventure.