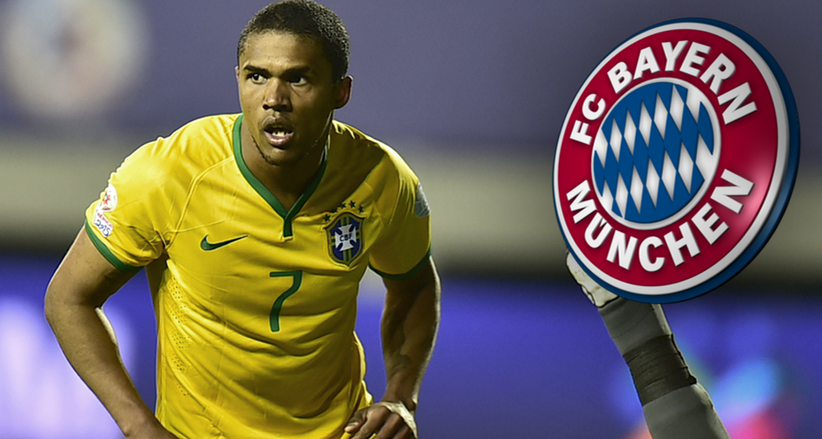 The sale of Douglas Costa to Bayern Munich indicates that Shakhtar Donetsk has begun to retool their squad for next season. As the German homepage Sport 1 indicated on their Twitter account, Shakhtar is set to receive €35 million from Bayern.

This is certainly less then what Shakhtar could have received from Chelsea in January during the winter transfer window. At the same time, however, Shakhtar will still make a handsome profit from selling the Brazilian international now, for the Ukrainians had purchased Douglas Costa from Grêmio Porto Alegre in January 2010 for €8 million.

One must also consider that Douglas Costa did not have a standout season at Shakhtar last year. He managed only 4 goals and 6 assists in 20 Ukrainian Premier League games for Shakhtar Donetsk, but Bayern may have been somewhat blinded by Douglas Costa’s Champions League performance where Whoscored.com has given him a great score of 7.21. Douglas Costa is also a current member of Brazil’s Copa América squad, and the fact that he is only 24 years old must have convinced Bayern’s coach Pep Guardiola that the Brazilian was a project worth pursuing.

The agreement reached proves once again that Shakhtar is a tough negotiator as Douglas Costa’s current transfer value is considered by transfermarkt.de to be €23 million. Past transfers like Henrikh Mkhitaryan’s move from Shakhtar Donetsk to Borussia Dortmund or Willian’s move from Shakhtar to Anzhi Makhachkala, are further examples that Shakhtar’s front staff can be tough bargaining partners who are often able to maximize their profits.

The club has, in fact, even made this transfer system part of its philosophy. Coined the ‘Shakhtar Code’, the club’s principle has always been to purchase the best young talented players from South America and the former USSR, and, when the time is right, to sell them at a profit.

Shakhtar has been an especially appealing destination for such players because the club is a regular in the Champions League, in which the Brazilians, for example, can showcase their skills to clubs in Western Europe. Shakhtar, with its ‘code’ firmly in mind has worked closely with various player agents, and has a well-established scouting network in place.

Shakhtar is an extremely strong brand on the Brazilian market, which is underscored by the fact that club, has more Facebook followers in Brazil than it does in its native Ukraine. Shakhtar’s Brazilian representative Frank Henouda indicated in January that Shakhtar will be expected to use the income generated from the sale of Douglas Costa to bring in new talent from Brazil.

In light of the current conflict in the Ukraine the Douglas Costa transfer will provide not only a much needed cash infusion to the club, but will also demonstrate to young players from Brazil that Shakhtar, despite the conflict, remains the perfect destination for players who want to demonstrate their skills to the best European clubs.

It is therefore expected that Shakhtar will set aside at least some of the money earned from the transfer, and reinvest it into up and coming players from Brazil, because the club will fight not only to reclaim the Ukrainian championship from their arch-rivals Dynamo Kyiv, but also to maintain their competitive edge in the European Champions League, where in recent years they have been one of the most successful teams from the post-Soviet space.