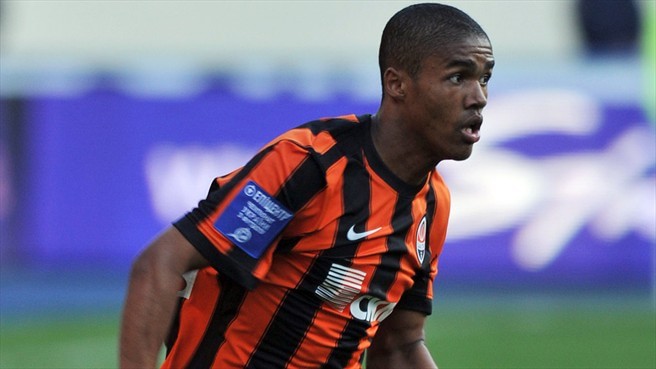 In the winter there was strong indications that Chelsea could forgo the signing of Florentina’s Juan Cuadrado and instead make a bid for Shakhtar’s Douglas Costa, with the view that the Brazilian could be a cheaper alternative on the right wing than the Colombian, due to excessive financial demands. It now appears that despite the Cuadrado signing Chelsea may still attempt to bring in Douglas Costa in the summer.

In the winter Chelsea, did not take Shakhtar’s astute transfer policy into account. In the end Cuadrado release clause meant that he was actually cheaper than Douglas Costa. Shakhtar were aware of this and have declined several offers by Chelsea, stating that they want at least €40 million for Douglas. It now, however, appears that Chelsea had made a bit of £30 million, but Douglas Costa’s release clause stands at €50 million, which makes a transfer even more difficult.

Previous transfers of Shakhtar players indicate that Shakhtar owner Rinat Akhmetov, and the management staff around Mircea Lucescu can be indeed tough negotiating partners. This is especially evident with the transfers of Henrikh Mkhitaryan to Borussia Dortmund, but, more significantly in this case, Willian, who Chelsea failed to sign the first time around.

Indeed the Willian transfer to Anzhi Makhachkala indicates that Douglas Costa’s road to London could be indeed a difficult one, should in fact it happen at all. If anything the Willian transfer highlights that the two clubs do not have the best working relationship or that, to put it another way, Akhmetov and Abramovich do not appear to get along.

But does Douglas Costa really fit Chelsea or the Premier League? His statistics have been substandard this season, and the clubs performance against Bayern will also not have helped his cause, although his immense talents on either flank cannot be denied. At times he is an extremely dangerous goalscorer, who evokes comparisons to Bayern’s Arjen Robben. But, Chelsea have been close to infallible this season at times domestically, with only one spot in the starting XI in flux: that of the ‘other’ attacking midfielder with Oscar and Hazard’s places cemented. Douglas Costa may therefore struggle to break into the starting XI, and his price tag is simply to high for a place on Chelsea’s bench.

Costa has indicated that he would favour a move away from Shakhtar to Chelsea, and has asked the Ukrainian club to ease up on their financial demands.  However, the true obstacle for this deal will be Russian-Ukrainian relations – in a football chairman sense -, which appears at this moment in time somewhat ominous. It is therefore highly unlikely that Shakhtar will release Douglas Costa for anything less than the above stipulated release clause. It could even mean that in the end another club will benefit as Manchester United are reported to be interested in the player.