Dragan Stojković – From Balkan Royalty to Trailblazer in the Far East

When it comes to Serbian football royalty, they don’t get much bigger than Dragan Stojković. The 52-year-old Niš-native is one of the most celebrated footballers to come out of the Balkan nation and is currently in charge of Chinese Super League (CSL) side Guangzhou R&F. During his two-decade-long career, the man affectionately known as ‘Piksi’ won 84 international caps for Yugoslavia, appeared in six major international tournaments for the ‘Plavi’ and enjoys legendary status at both Red Star Belgrade and Nagoya Grampus of Japan. Despite this, Western audiences never got to see the best of the attacking midfielder at club level with his four-year spell at Marseille blighted by injury although Stojković did get his hands on the Champions League trophy in 1993.

Upon the completion of his playing career, he succeeded former Real Madrid manager Miljan Miljanić as the President of the national FA before taking up the same role at Red Star in the mid-noughties. He subsequently took up coaching and led his former employers Nagoya to a maiden J-League title in 2010. Based in Guangzhou since 2016, Piksi was the reported frontrunner for the recently vacant Serbia post although turned down the opportunity to manage the Eagles in Russia due to his contractual commitments in China, with his current deal set to expire at the end of 2020.

Stojković has enhanced his reputation in the Far East

Once earmarked by his former Nagoya manager Arsene Wenger as his potential Arsenal successor, Stojković is enhancing his reputation in the far east. His coaching staff at R & F includes former teammates and fellow Serbs Žarko Đurović and Dejan Govedarica with the trio embarking on their third pre-season at the club owned by one of China’s most prominent property development firms. Like their previous two campaigns, Australia was chosen as their pre-season tour destination when many of their CSL rivals choose Antalya and other more traditional locations as their preferred training camp base.

While fielding questions about the upcoming CSL season and his desires to coach down under one day, Piksi took time out to also assess Serbia’s chances at World Cup in June. Mladen Krstajić’s men have been drawn in Group E alongside five-time world champions Brazil, 2014 quarter-finalists Costa Rica and European counterparts Switzerland. They kick-off their campaign against Los Ticos in Samara on June 17 with the former Yugoslav captain delighted to see his homeland back on the world’s biggest stage following their absence in Brazil four years ago. “It is a big accomplishment for Serbian football that we have qualified for Russia because that is the game’s showpiece event and we are back amongst it”, he said. 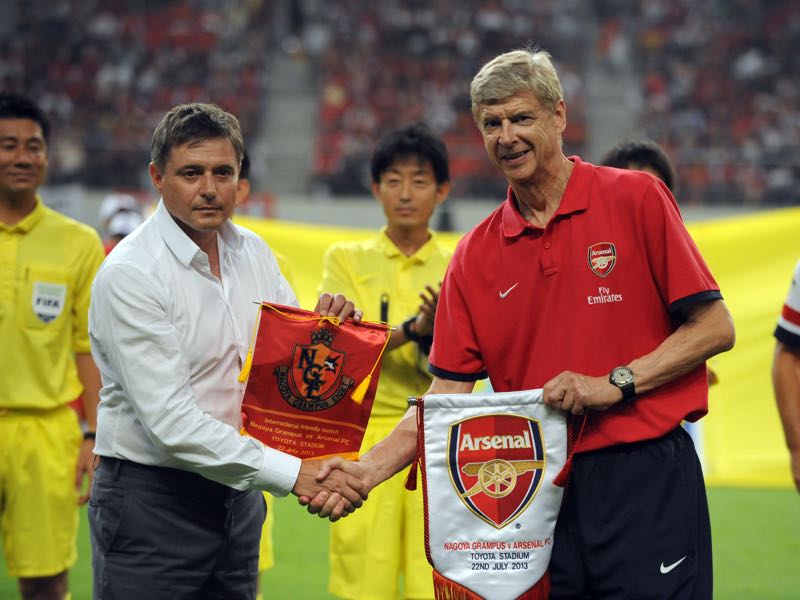 “It is hard to provide any such prognosis on how we will do and what to expect. Our group is manageable, and we can compete with all three teams we have been placed with. Brazil will start off as favourites of course but they are beatable, and I realistically expect Serbia to get out of the group”, Stojković continued. Since Piksi’s retirement from the national team in 2001, the country now known as Serbia has qualified for just three major tournaments out of a possible ten, with 1998 run to the Round of 16 their best result since the break-up of the multi-ethnic Yugoslavia in the early nineties.

“There are a multitude of factors behind that, and a lot of things have happened in that period. The demise of the old country into a single state has made it a lot more difficult for Serbia to qualify for major tournaments”, Stojković said. “The main thing, for now, is that the national team has qualified for the World Cup and for us to leave a lasting impression on the tournament. It would be a major achievement for us to get out of the group stages however the fact that Serbia has not bettered that performance since requires deeper analysis.”

While the Orlovi hot seat will have to wait for the time being, Piksi’s immediate focus is improving on R&F’s fifth-place standing from last campaign as they attempt to knock off city rivals Guangzhou Evergrande from the pinnacle of Chinese football. Fabio Cannavaro is Evergrande’s new man in charge and will be looking to make it eight successive championships on the bounce. Stojkovic’s R&F may have other ideas, and he will no doubt further improve his standing as one of the best Serbian coaches in the world should his side mount a title challenge this term.