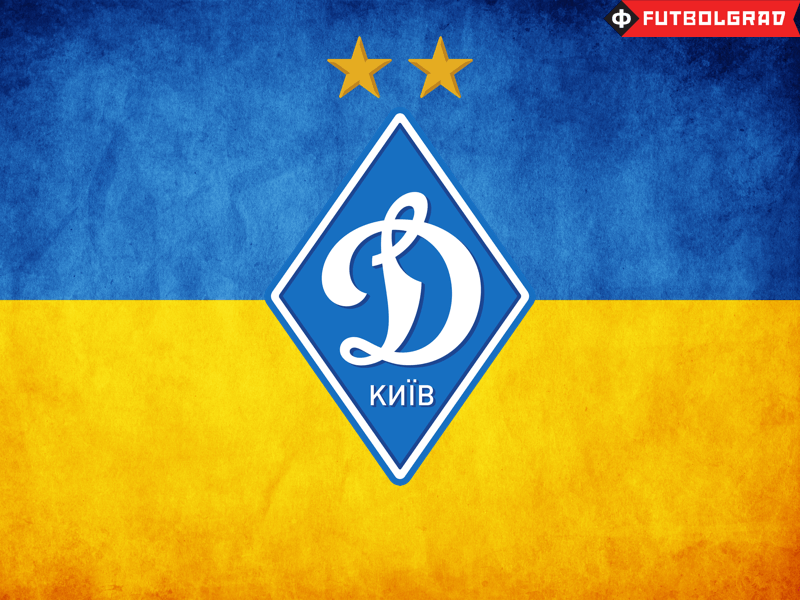 Dynamo Kyiv – What is Next for Ukraine’s Champions?

Dynamo Kyiv have defended a Ukrainian championship for the first time since the early 2000s—the last time Dynamo won back-to-back championships was in 2003, and 2004.

On Saturday Shakhtar Donetsk managed only a tie against Chornomorets Odesa, meaning that a victory by Dynamo over Vorskla Poltava would seal the title three games before the end of the season. Although the official table shows a seven-point gap, Dynamo will be awarded a technical victory against now bankrupt Metalurh Zaporizhya, making it impossible for Shakhtar to capture the team from the Ukrainian capital.

Dynamo’s Second Championship Could Mean a Shift in Power

Dynamo’s second championship could mark a shift of power in Ukrainian football, as Dynamo now appears to have re-established itself as Ukraine’s biggest club. Yet critics might argue that due to the fact that Shakhtar has been playing in exile in Lviv—due to the conflict in the Donbass—Dynamo had an advantage over their biggest rival in the last two seasons.

Then there is the fact that the Ukrainian Premier League has been in constant crisis mode, which has seen several teams on the brink of bankruptcy. Hence, Shakhtar supporters might point out that Dynamo’s back-to-back win is less valuable than the successes achieved by Shakhtar in recent years.

On the other hand such statements would devalue the excellent work of Dynamo Kyiv coach Serhiy Rebrov. Rebrov, who became coach of the club in 2014, has built a highly competitive squad, despite the constant mingling in the daily coaching by owner Ihor Surkis.

The Surkis family have provided almost limitless funds to the club since taking over Dynamo in the early 1990s. Yet Ihor Surkis—who represents the family at the club as Dynamo’s president—has made it difficult for Rebrov’s predecessors to succeed at Dynamo.

Since 2014 Rebrov seemed to have found a way to both appease the president of the club, and at the same time be competitive on the field. Yet at one point in the season there were signs that Rebrov was not comfortable with Surkis’ involvement at the club.

On March 24—when the title race was still wide open—Futbolgrad reported that Rebrov had fallen out with Ihor Surkis, and that he would be leaving the club at the end of the season. At the time the media believed that Rebrov was especially disappointed about the fact that he would not receive necessary funds to add to an already excellent team.

Questions emerged about the length of his coaching contract, as there were rumours that his contract would expire as early as this summer, and that Rebrov could leave the club for Turkey.

Rebrov Will Stay, but what about the Players?

Now, however, it appears that Rebrov will guide Dynamo for at least one more season. Speaking to Tribuna during Dynamo’s title celebrations Rebrov stated “I have another year on my contract with Dynamo, and then we will see.”

It appears that with Dynamo qualified for the UEFA Champions League next season Ihor Surkis is now willing to spend money to add further pieces to the club. The recent rumour about João Moutinho moving from AS Monaco to Dynamo is an indication of the club’s intent to provide Rebrov with an excellent squad next season. 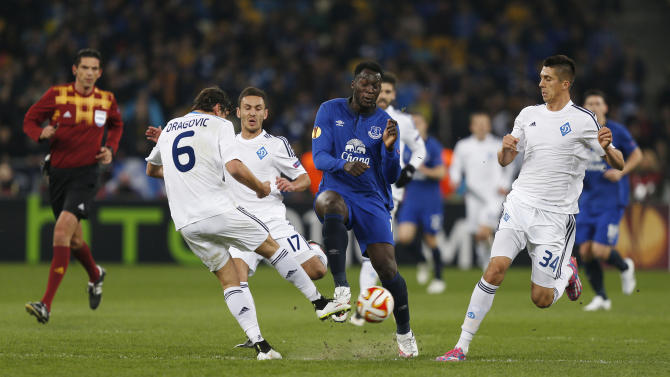 Can Dynamo Kyiv retain their defensive pair of Dragović and Khacheridi? – Image via Yahoo

At the same time it will be difficult to keep some of the cornerstones of the current Dynamo squad. Superstar Andriy Yarmolenko for example continues to be linked with a move to England where Everton continues to be interested in signing him—Borussia Dortmund meanwhile have shifted their focus on other attacking options.

Austrian defender Aleksandar Dragović has been linked with Borussia Dortmund, where he could replace Mats Hummels, who still hasn’t made a decision about his future. Dragović’s defensive partner Yevhen Khacheridi meanwhile could also decide that at 28 he is now ready to try his luck abroad.

Hence, while Dynamo is now celebrating their 15th Ukrainian championship, questions have to be asked about the future already. Much will depend on whether Surkis can provide Rebrov with an environment where Dynamo’s key players not only stay at the club, but where Rebrov is also allowed to add significantly to an already excellent squad.

After all it has been 17 years since Dynamo’s golden generation, which included Serhiy Rebrov as a young striker, who stormed all the way to the semi-final of the UEFA Champions League. This season Dynamo managed to take a place in the round of 16 of the competition, but surely Rebrov’s ambitions for next season are to have a squad that could go even further in Europe than this year, and perhaps even replicate the success of the 1999 squad…