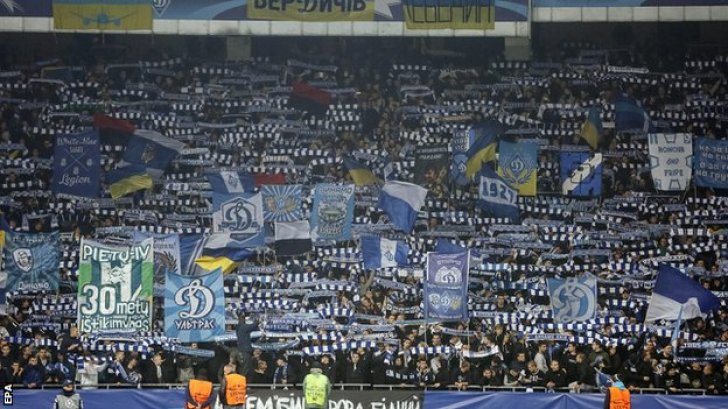 After multiple postponements, on Wednesday UEFA finally reached a decision regarding the punishment facing Dynamo Kyiv as a result of the racist incidents during their Champions League match against Chelsea in October. The club faces a two-match stadium closure, which means that their decisive group stage encounter with Maccabi Tel Aviv and a possible Round of 16 tie will take place without any supporters present. The club will also pay a €100,000 fine.

Dynamo president, Ihor Surkis, who called the decision “too severe,” announced that the club would appeal the punishment and maintains that the incident had nothing to do with racism.

The response of Surkis and other Ukrainian officials demonstrates an outright denial that the problem exists and a complete avoidance of responsibility.

Ihor Kochetov, a vice president of the Football Federation of Ukraine (FFU), originally said that the black fans who were assaulted should not have been in the ultras sector – despite the fact that video evidence clearly shows they were sitting in an adjacent sector, and were attacked by fans who moved toward them from the part of the stadium occupied by the ‘Rodychi’ ultras group. 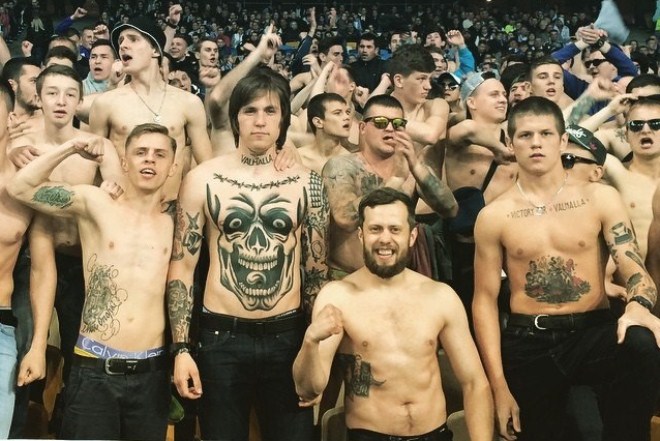 Kochetov then declared that there is proof that the attack was brought about by a planned provocation, and he later claimed that the conflict was not racially motivated—the involvement of the black supporters was irrelevant and “the atmosphere was already tense” prior to the attack.

Surkis himself said “I get the impression that this was some kind of provocation, because in our country racism does not exist a priori.” Oleksandr Tereschuk, the head of the Kyiv Ministry of the Interior, also went on record to deny that the beatings were prompted by racism.

Even president of Ukraine, Petro Poroshenko, has commented on the matter, stating that he believes that “the root of these provocations does not come from Ukraine” and suggested instead that the entire affair was planned by Russia with the intent to accuse Ukraine of racism.

So far, none of this supposed evidence of a provocation has seen the light of day. Even though Surkis announced earlier that the club knows who is responsible for the attacks and will soon deal with the matter, the guilty parties remain unpunished. The criminal investigation launched on October 23 considered the incident a fight among football fans and has so far yielded no results.

The Incident Demonstrates A Shocking Failure of Ukraine’s Security Apparatus

Earlier this week the independent journalist initiative #Bukvy revealed the alleged identities of the attackers, which include a police sergeant, an aid to a member of parliament, several members of the Azov Civic Corps, and multiple well known ultras. These reports have yet to be verified, but the allegations are backed by substantial photographic evidence, as there was plenty of high-quality footage of the incident. This independent investigation has already done far more than the police have been able to accomplish.

The Kharkiv Human Rights Protection Group, Ukraine’s oldest and most prominent human rights organization, has rightfully pointed out that the findings of #Bukvy “fuel concern about the failure of the police and the [Security Service of Ukraine] to carry out a proper investigation, and make further delay inexcusable.”

Dynamo only apologized to the victims 24 days after the attack, and in spite of endless promises to find those responsible, the club has yet to take any concrete action. In this context, the decision to display the words “no to racism” on their kits until the end of 2015 comes across loud and clear as an empty gesture. 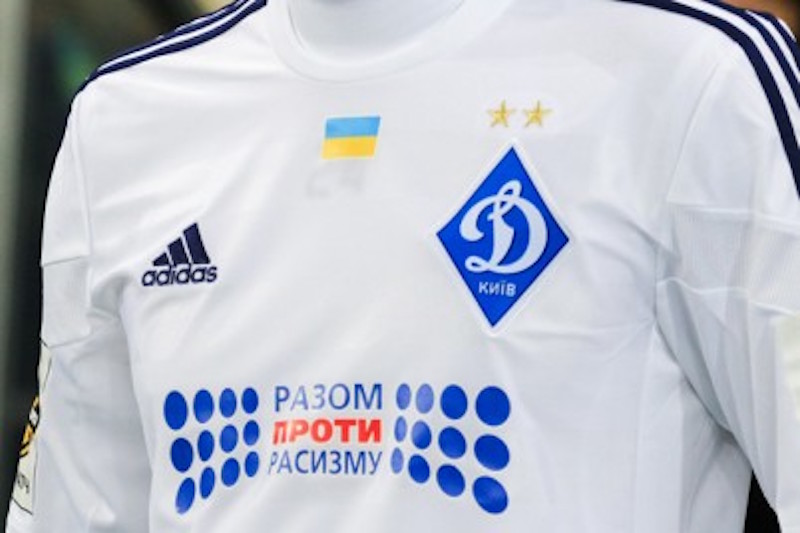 Beyond the racial aspect, the entire affair raises serious questions about the capability of Dynamo Kyiv and the officials of the Olimpiyskiy National Sports Complex to ensure the safety of all fans, regardless of the color of their skin. During the Chelsea match, there were no stewards or other security personnel to stop the attackers, and the black fans were defended only by other white supporters, many of whom were also beaten. This is a shocking failure of security, especially considering that Ukrainian politicians have expressed an interest in hosting the 2018 Champions League Final at the stadium.

As for the legal side of the punishment, Dynamo were sanctioned under two articles: Article 14 deals with racism and covers any behavior or action that involves insulting another human being based on the color of their skin, race, ethnicity, religion, etc. A first offense is punishable by a partial stadium closure, a second offense by a full stadium ban, and subsequent offenses by further stadium bans and sanctions that can include point deduction or disqualification. However, there is no specific provision for racially motivated violence. Crowd disturbances are covered under Article 16, which states that all clubs are liable for inappropriate behavior exhibited by their supporters. Violations do not describe specific punishments, which are to be levied at UEFA’s discretion.

Given the severity of the attack and the unwillingness on the part of Dynamo’s officials to accept responsibility, a two match ban is a decidedly light punishment. The influence of UEFA Vice President Hryhoriy Surkis, former president of the FFU and brother of Ihor Surkis, may have helped soften the blow. 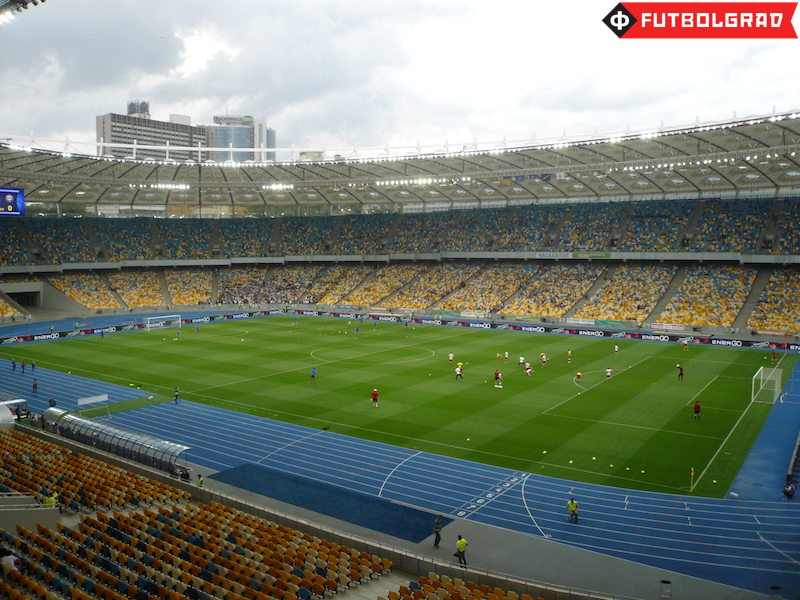 Nevertheless, the reprehensible actions of a minority have now ensured that Dynamo’s most important Champions League match in over a decade, with a spot in the knockout stage at stake, will take place without any support. If the club and authorities fail to take the necessary steps to punish the perpetrators and guarantee the safety of all supporters, the situation is certain to get worse.