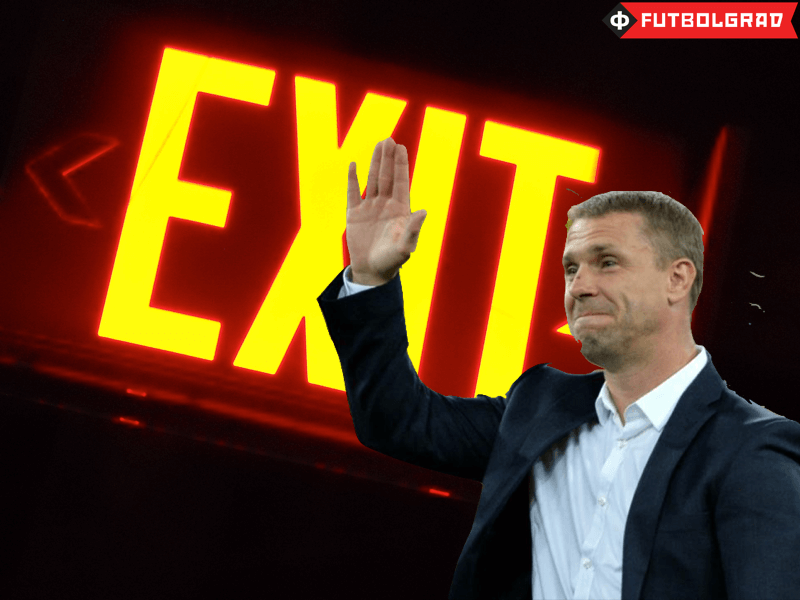 Dynamo Kyiv – Could Rebrov Leave in the Summer?

Serhiy Rebrov and Dynamo Kyiv seem to be a match made in heaven, as Rebrov, who took over in 2014, managed to revitalize the legendary Ukrainian club. In 2014-15, his first full season at the club, Rebrov guided Dynamo to the top of the Ukrainian Premier League by winning the league title, and then did a double when he also won the Ukrainian cup.

This season Rebrov guided Dynamo to their first round of 16 at UEFA Champions League in 17 years, where Manchester City eliminated them. Domestically Dynamo are three point ahead of their eternal rival Shakhtar Donetsk on top of the league.

The success in Europe has meant that Dynamo has the financial ability to strengthen the squad for the upcoming season, and there is a general feeling in Ukraine that the club could build a new dynasty.

But now the Ukrainian sports homepage Tribuna reported on March 23 that Rebrov could leave Dynamo Kyiv at the end of the season. Reports in Ukraine suggested that Rebrov’s contract would not expire until the summer of 2017, but it has now emerged that his contract will indeed be up at the end of this season.

Furthermore, Dynamo and Rebrov have not yet agreed on a contract extension. Reports have emerged that Rebrov has had a major disagreement with the club’s president Ihor Surkis over the future of the club and the way the squad should be selected.

In the past Rebrov told Tribuna that he would not leave the club until his current contract expires. And with Rebrov’s relationship with Surkis in tatters and his contract unlikely to be renewed, it now appears likely that Dynamo could lose their successful head coach.

Interest in the Ukrainian coach should be high – both Galatasaray and Fenerbahçe are thought to be interested in signing the current Dynamo coach. Galatasaray, however, has received a two-year ban by UEFA for breaching Financial Fair Play regulations, and it would therefore be unlikely that he would chose to move there. This leaves Fenerbahçe—where Rebrov played between 2002 and 2004—as the more likely destination if he chose to leave Kyiv for Turkey.

Rebrov could also take over as the new national team coach of Ukraine, as the current coach—Mykhaylo Fomenko—could be leaving his post after the European Championships this summer.

The recent rumours could mean that both Dynamo and Shakhtar—whose head coach Mircea Lucescu might retire—could be on the hunt for a new head coach come the summer, which would most certainly lead to an interesting story line.