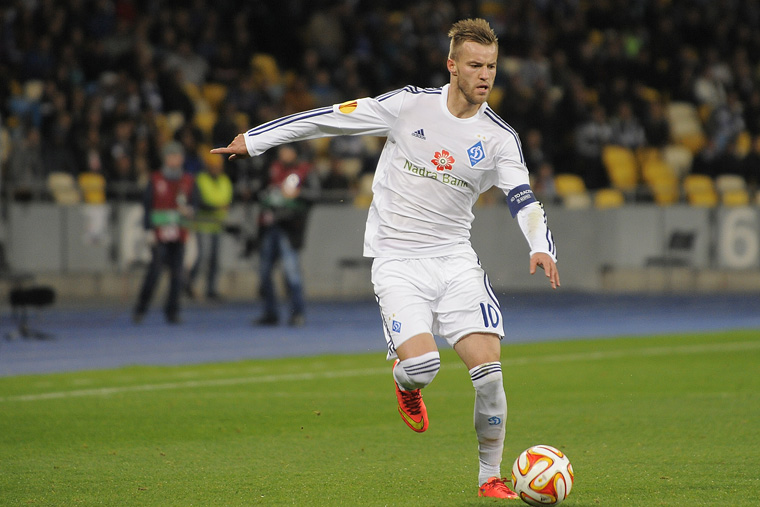 With Yevhen Konoplyanka off the market, attention in Ukrainian football has turned to Dynamo Kyiv’s exciting right-winger Andriy Yarmolenko. In 2013 I spend several months living in Kyiv, and was able to attend several Dynamo games, as well as Ukraine’s friendly against Cameroon.

At the time, Tribuna’s Editor-in-Chief Oleksandr Tkach asked me which of the players I had seen would most likely be able to make an immediate successful move away from the Ukrainian Premier to one of Europe’s top leagues. I did not hesitate to select Andriy Yarmolenko—Yarmolenko runs like a racehorse, and at the same time has the agility to control the ball while moving at high speed.

These skills became most apparent when I watched him from the terraces or press box rather than through a TV screen.  Yarmolenko’s eagerness to cut inside onto his better foot makes his style more akin to FC Bayern’s Arjen Robben or Borussia Dortmund’s Marco Reus rather than Andriy Shevchenko, with whom he has often been compared in the past.

When I lived in Kyiv, Yarmolenko was frequently criticized for being a bit inefficient when it came to using his goal scoring opportunities. But this year Yarmolenko has silenced the criticism over his lack of goals by netting 14 goals in 26 UPL games, and adding another four goals in eleven Europa League matches—which earned him an average rating of 7.53 on Whoscored.com. Also at 187 cm and 76kg Yarmolenko brings all the physical elements to the table that are considered necessary for a power forward to succeed at the top clubs in Europe. Furthermore, in December Futbolgrad ranked him fifth in the 2014 Futbolgrad Top 30, and he might have ranked first had the ranking included his performances after the winter break.

His skills have made Yarmolenko an extremely interesting candidate for clubs from Europe’s top leagues in Germany, Spain, England, and Italy. Bids for the winger were handed in as early as 2012, and Milan—the former club of Ukraine’s legendary striker Andriy Shevchenko—even made a substantial offer of €20 million for the services of Yarmolenko. Shevchenko, who is understood to be a close friend of Yarmolenko, helped facilitate the contact. But, in the end, the deal fell through as the Surkis Brothers Ihor and Hryhoriy refused to sell the winger. 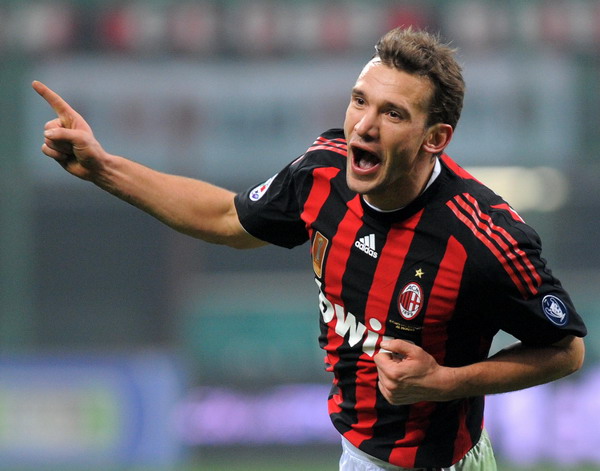 As Mikhail Gulordava, Yarmolenko’s agent at the time explained: “Dynamo Kiev sent Milan’s offer of €20 million for Yarmolenko back. Kiev’s president is rich and he doesn’t need to sell. Kiev’s president has no intention of selling Yarmolenko. The only way to tempt Kiev’s president is to make an offer that he can’t refuse. My client obviously wants to play for a club like Milan. He would like to follow in the footsteps of  Shevchenko.”

In the end, Yarmolenko remained at Dynamo. Then in the summer of 2013, Liverpool offered €23 million for the Ukrainian, but once again the Surkis brothers turned down a potential move.

In the summer of 2014 Chelsea FC, AS Roma, and Liverpool appeared to be interested in Yarmolenko. Chelsea, and AS Roma in particular seemed to be the favourites in the race to capture his signature. Many in England expected that Roman Abramovich’s business links to Ukraine, and to the Surkis brothers in particular, would help to facilitate a deal. Meanwhile in Italy, Roma was understood to be close to success in their efforts to sign him.

At the same time, however, Yarmolenko remained evasive on the subject. When asked about a potential transfer to Roma by the Italian paper Corriere dello Sport on July 3, 2014, Yarmolenko said the following: “Roma? I try not to think about it,” then added, “I try not to think about these rumors, I have to focus on my work. I do what my coach tells me and I’m not complaining.”

Unbeknownst to the media at the time, Yarmolenko had agreed with Dynamo’s management that he would not leave the club until he had won a Ukrainian championship with Dynamo. This bargain was fulfilled by Yarmolenko last season, when Dynamo was finally able to get past its arch-rivals Shakhtar Donetsk and captured its first championship since 2009. 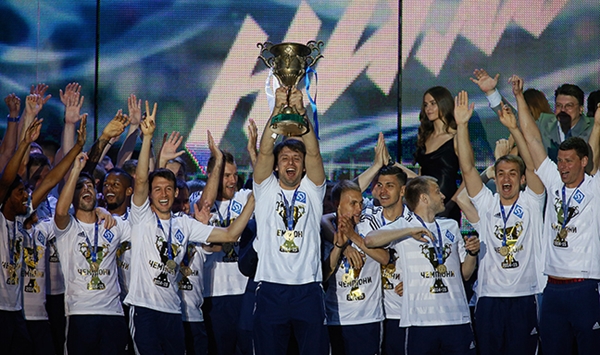 On June 1 Yarmolenko made public his agreement with Dynamo’s management. Speaking to the Ukrainian football program ProFutbol he said: “I promised that until we become champions, I am not going anywhere. I kept my promise. The president knows that I want to leave, I have repeatedly talked about it to him. I want to grow. It is unclear what will be the next championship. And I wish that when I am 30 years old I will not regret that I had the opportunity to go somewhere to play, but I did not go. I do not want to regret anything.”

Yarmolenko’s contract is set to expire in the summer of 2016, and he could very well wait until next season to move—and in turn cash in on the usual signing-on fee that is reserved for free agent players. Instead, Yarmolenko would prefer to leave Dynamo this summer: “I could have easily gone on a free transfer in the past, there have been suggestions from good teams. But I thought that it would be wrong in relation to the President and to [Dynamo]. The club raised me, and I do not want to go free. I feel the strength and confidence to be able to play in one of the top European championships.”

Even though Dynamo has promised to let Yarmolenko leave the club if the right offer comes along, a transfer has been difficult to arrange. The German football magazine Kicker, for example, reported in their print issue on June 29 that Yarmolenko was offered to Bayern. The club has been scouting several wingers in order to replace their aging wingers Arjen Robben, and Frank Ribéry. Bayern, however, decided instead to purchase the Brazilian Douglas Costa from Shakhtar Donetsk for €28 million.

Regarding AS Roma, another possible destination for Yarmolenko, Tribuna reported on June 27 that Roma had enquired at Dynamo as to the possibility of a transfer. Dynamo told Roma that they wanted at least €20 million for Yarmolenko— apparently too much for the Italian club which tried to negotiate a deal that would include paying for the transfer in smaller instalments over several months.

While these are indications that Roma, and Bayern have seriously considered the player, Dynamo’s president Ihor Surkis claimed on June 29: “Yarmolenko? No proposal has yet been received. That’s when we go over them – and it is sure that we will consider them.” Another possible destination appeared to be the French club Paris Saint-Germain (PSG), however, Tribuna wrote on July 2 that the French club had never tabled a serious offer for Yarmolenko.

Where has it all gone wrong for Yarmolenko?

So where has it all gone wrong for Yarmolenko? As Oleksandr Tkach told me on July 10, Dynamo, Kyiv is an extremely difficult negotiation partner, and Surkis is not really motivated to sell Yarmolenko. He added: “Dynamo is really bad at selling players.” Past transfers highlight this, as both SC Freiburg (which first signed the Swiss attacking midfielder Admir Mehmedi from Dynamo Kyiv on a loan deal in 2013 before fully purchasing his rights in the summer of 2014), and Borussia Mönchengladbach, (which purchased the Brazilian attacking midfielder Raffael from Dynamo in the summer of 2014), have pointed out that the amount of red tape they had to get through before finalizing their respective transfers was formidable.

In Mehmedi’s case Freiburg was willing to take the risk, as Mehmedi’s Swiss background meant that he could speak German. Also, Raffael has had Bundesliga experience—he had previously played for Hertha BSC Berlin, and Schalke 04— which meant that Gladbach thought the player would have no problems integrating into German society. 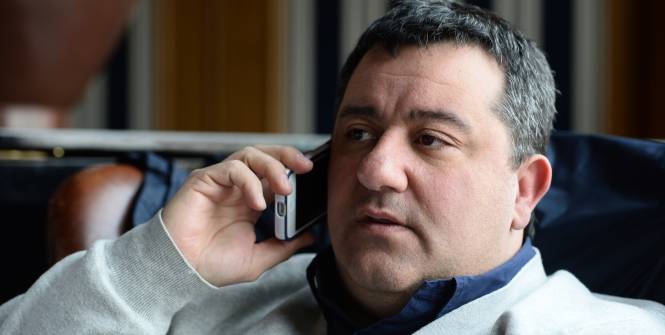 Can Mino Raiola pull the rabbit out of the hat once again?

Yarmolenko, however, has had no previous experience in Western Europe, and clubs, therefore, might not be willing to pay the €20 to €25 million that Dynamo is currently asking for the player. Meanwhile, Yarmolenko has hired the powerful player agent Mino Raiola to facilitate a transfer to a new club. Raiola is experienced when it comes to pushing through difficult transfers from Ukraine to the west, as he also helped Henrikh Mkhitaryan to complete his move from Shakhtar Donetsk to Borussia Dortmund in 2013.

In many ways Yarmolenko’s transfer story is just one more example of the difficult transfer market in the post-Soviet space. Western European clubs are understandably reluctant to shop in places like Ukraine where rich club owners frequently do not want to part with their star players, and players are often encumbered with contracts that lack transparency. All of this explains why very few Ukrainians make their way to Europe’s top leagues. It will be interesting to see if Mino Raiola will once again pull the rabbit out of the hat and get Yarmolenko out of this predicament.