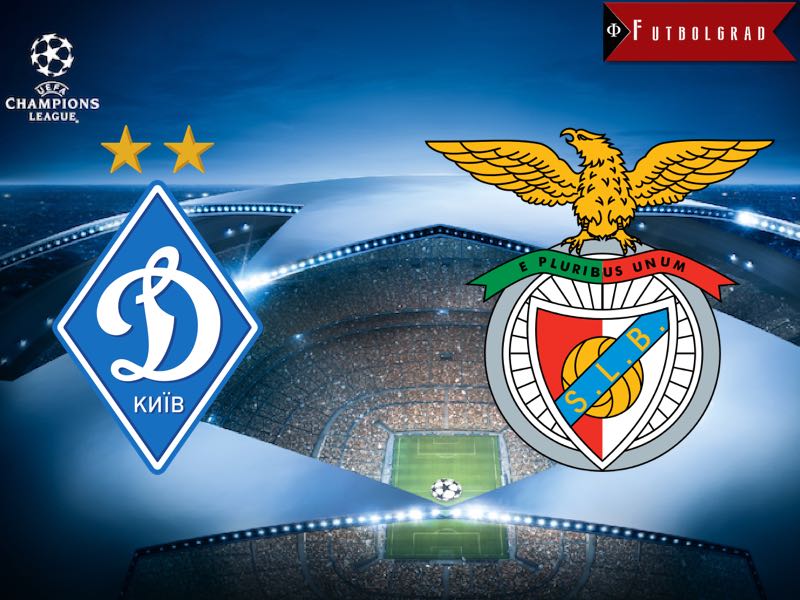 Dynamo Kyiv vs Benfica Lisbon is only the third meeting between the two clubs. The last time the two clubs met was the 1991-92 season in the group stage of the European Champion Clubs’ Cup—the predecessor to the UEFA Champions League.

Back in 1991-92 the group stage only consisted of two groups, with the two first placed teams of each group playing in the final. Furthermore, the group stage kicked off in November and concluded in April of the following year.

For Dynamo this meant that the club started the competition as a member of the Soviet Union, but concluded the group stage as a club of independent Ukraine.

In terms of matches Dynamo beat Benfica 1-0 in Kyiv through an early Oleh Salenko goal. The return match in Lisbon was a one-sided affair with Benfica demolishing Dynamo Kyiv 5-0. To make matters worse two of Benfica’s goals came by Sergei Yuran, who between 1988 and 1991 had played for Dynamo Kyiv.

It has been 24 years since that faithful night in Lisbon, and with all the protagonists changed it would be wrong to speak of a revenge match for Dynamo. Yet the game will be of utmost importance for Dynamo’s head coach Serhiy Rebrov.

Dynamo Kyiv has had a slow start to the season both in the domestic Ukrainian Premier League (UPL) and the UEFA Champions League (read Dynamo’s Champions League preview here). In the UPL this season their biggest competitor Shakhtar Donetsk has left Dynamo in the dust.

This would mean that there would be only one place remaining for the round of 16 for Beşiktaş, Benfica, or Dynamo. Dynamo’s goal is to improve on last season’s Champions League performance, where they reached the round of 16 against Manchester City.

Rebrov has already come under fire this season, as the club is lacking the consistency of the last two seasons. For Rebrov’s men the match against Benfica will therefore be a must win.

On paper this match will be a close fought affair between two clubs that are operating on a similar level. Hence, it would not be a surprise if the two clubs will fight each other to a draw, which would mean that Napoli would have a clear road towards becoming the first team in history to reach the round of 16 after three matches.