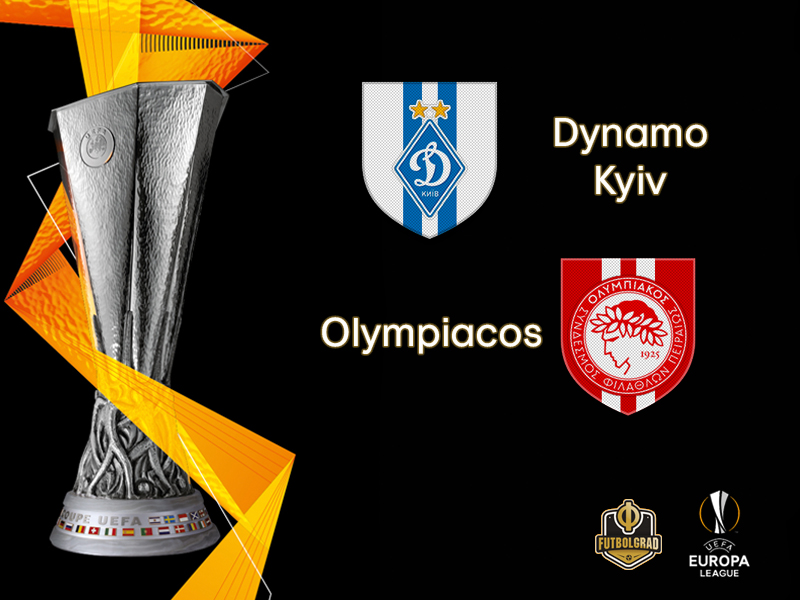 Dynamo Kyiv with the advantage as they host Olympiacos

Dynamo Kyiv vs Olympiacos will take place at the NSC Olimpiyskiy Complex in Kyiv. (Photo by Genya Savilov/EuroFootball/Getty Images)

Following an entertaining first leg in the UEFA Europa League Round of 32, Dynamo Kyiv will host Olympiacos in the second leg.

Originally believed to be a one-sided affair, in part due to Ukraine’s long winter break, Dynamo find themselves with a slender advantage. The Ukrainians stole a result in the first leg during the dying minutes of the match. Although the score is level on aggregate, Dynamo will know that they have scored two vital away goals.

Unfortunately, their home record has been mixed in European competition this season. Between UEFA Champions League qualification and Europa League contention, the Ukrainians won twice, drew twice and lost once. During this period, they also outscored their opposition at home by seven to four, indicating they have a leaky defence.

Nonetheless, the Ukrainians will be full of confidence, believing that they can advance to the next stage of this European competition. A low scoring draw or victory should see the Ukrainians off to the next round, but it will not be without difficulty.

Meanwhile, Olympiacos hold a different advantage in that they faced AEK Athens on Sunday in the Greek Super League. Their Ukrainian opposition remain in their final week of their domestic break, indicating that they have rested all week. While the Greeks may be tired from their match on Sunday, in contrast, they were presented with an opportunity to play competitive football. One will wonder if it was an advantage to rest all week or to remain fresh.

Olympiacos, however, have struggled on the road in their recent appearances in European competitions. In their past seven away matches (excluding European qualifiers), the Greeks lost six of these matches. Of these seven matches, they failed to keep a clean sheet in five of them. Should this trend continue, the Greeks will sure miss out on a place in the Europa League’s Round of 16.

Overall, there will be much to play for in this second leg, and if the Greeks have shown anything from their previous matches, they will not go down without a fight. Their experienced midfield exposed Dynamo’s defence in the first leg, and they will look to overcome their bad omens on the road as they look to progress in this season’s competition.

The Slovenian was Dynamo’s best player in the first leg of this tie. Initially held at bay by the Greek defence, his persistence led to his side’s equalise in the dying moments of the match, and Dynamo now hold a slight advantage in this matchup. Should the Ukrainians look to advance to the Europa League’s next round, they will rely on the Slovenian’s hard work ethic. 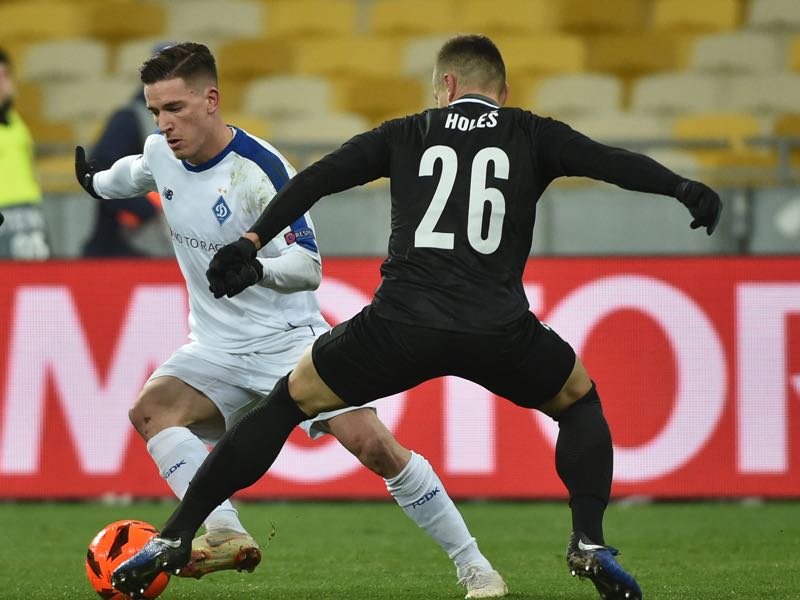 The Portuguese international on loan from AS Monaco tormented the Ukrainian defence in the first leg of this affair. Gil Dias was instrumental in the build-up to Olympiacos’ first goal in the match, and it was he who added Olympiacos’ second in this game. The Greeks will look to Dias in the second leg as they hope to qualify for the UEFA Europa League Round of 16. 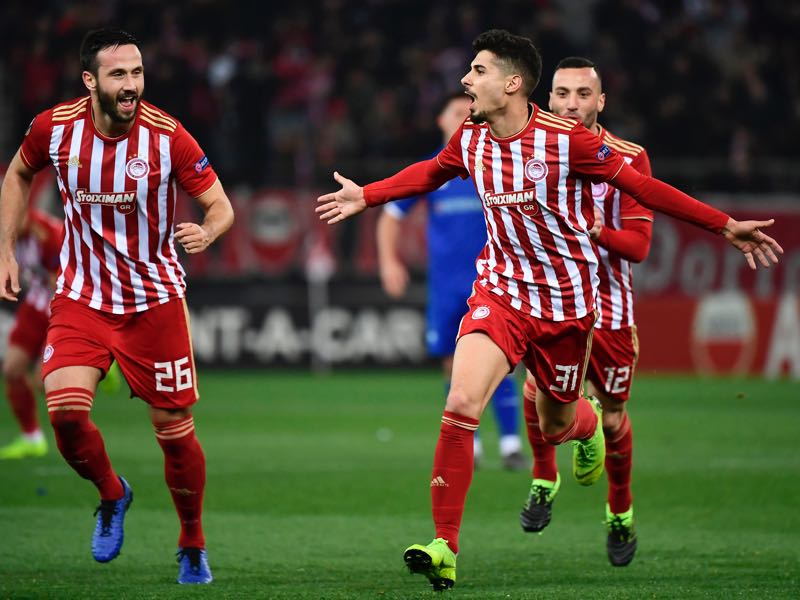 Olympiacos Gil Dias (R) celebrates with teammates after scoring during the UEFA Europa League round of 32 first leg football match between Olympiacos FC and FC Dynamo Kyiv at the Georgios Karaiskakis stadium in Piraeus near Athens on February 14, 2019. (Photo by ARIS MESSINIS / AFP)

Futbolgrad Network Prediction: Dynamo Kyiv vs Olympiacos – 1-1, Dynamo to advance on away goals