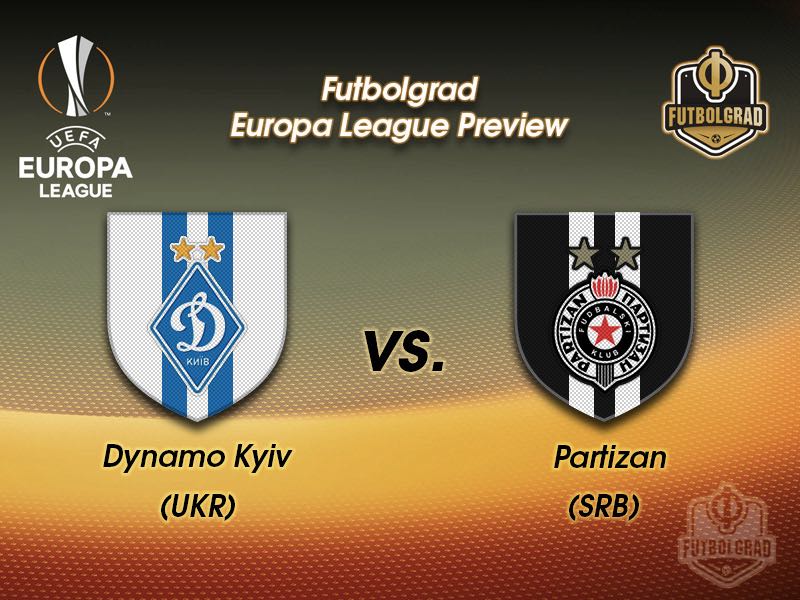 Dynamo Kyiv vs Partizan will take place at the NSC Olimpiyskiy Complex in Kyiv. (Photo by Genya Savilov/EuroFootball/Getty Images)

Under Alyaksandr Khatskevich, Dynamo Kyiv have been in decent form, especially in the Europa League. Managing a club with the stature of Dynamo Kyiv, Khatskevich is under pressure that comes with leading Ukraine’s most famous club.

Currently sitting in the second spot four points behind Shakhtar in the Ukrainian Premier League Dynamo took advantage of the Miners’ loss against Oleksandriya in November. Closing the gap to four points, Dynamo have the possibility of being in a better position, had they played Mariupol in August. The controversy surrounding their refusal has recently resulted in Dynamo Kyiv being open to the prospect of playing Mariupol in the future. The club reigning from the capital of Ukraine have been on an unbeaten run since their disappointing loss to Chornomorets Odesa in October. 14 points from six games, Dynamo Kyiv, will be hoping they can apply their recent performances, such as their 5-1 thrashing of Mariupol, against Partizan.

On the European stage, Dynamo Kyiv proved to make the most of their opportunity.  Sitting top of Group B and already qualified for the knockout stages, Dynamo Kyiv face the task of securing the top spot. Unbeaten in five European home games, the NSC Olimpiyskiy will be the scene of the battle for first place. Two teams with an extensive history in Eastern European Football, Dynamo Kyiv and Partizan will be sure to put everything on the table in ending the Group Stages on a high.

Giants of Serbia, FK Partizan, live and breathe Serbian Football. Founded in 1942, Partizan have seen it all, whether it be league or cup triumph. Known for their intense rivalry with Red Star Belgrade, the Eternal Derby puts everything into action. The 2017-18 season has been no different for the Serbian side. Battling each other in the league, Partizan currently find themselves six points behind their arch-rivals.

Unbeaten since August, Partizan have been on fire since their loss to FK Voždovac, totalling 38 points in 16 games. Despite the impressive form, Partizan are currently playing second fiddle to Red Star. The issue surrounding their performances this season has been something Dynamo Kyiv can relate to, draws. Five draws in twenty games played, compared to Red Star’s two, has been the difference in the Serbian SuperLiga. Partizan will be hoping they are in top form when facing Dynamo Kyiv.

Making history in their clash against BSC Young Boys, Partizan have reached the knockout stage for the first time in thirteen years. An important component of their success has been the exploits of Leandre Tawamba. The Cameroonian forward propelled his side forward with three goals spread across their clashes against Dynamo Kyiv, BSC Young Boys and Skënderbeu. Drawing twice in the Group Stage, the Serbian side have had their fair share of battles.

FC Dynamo Kyiv vs Partizan – Player to look for:

The natural heir to Andriy Yarmolenko, Viktor Tsygankov will be the player to watch for Dynamo Kyiv. Recently returning from injury, Tsygankov will be looking to get back with a bang, and there is no better place to do so than on the European stage. Kyiv’s creator in chief, Tsygankov can produce and provide when he is on the pitch. Playing a more important role in the 17-18 season, Dynamo Kyiv find themselves looking to the talents of the 20-year-old to produce the goods. Already beating his 16/17 statistics, Tsygankov looks to be going on an upwards spiral. Six goals scored in 14 games; the Ukrainian can be a deadly force in front goal. Looking to bounce back from an injury that kept him out since October, Tsygankov will want to do what he can to help his team succeed in Kyiv.

Scoring in their previous clash against Dynamo Kyiv at Stadion FK Partizan, Leandre Tawamba has become a bright spark for Partizan in domestic and European competitions. Eight goals in the Serbian SuperLiga and four in the Europa League, the Cameroonian forward has been leading the line for his side. History was made on 23 November against BSC Young Boys when Tawamba’s goal spurred the Serbian side to victory, reaching the knockout stages for the first time in 13 years. Partizan will be hoping their Cameroonian forward can continue his goal scoring form in Kyiv. 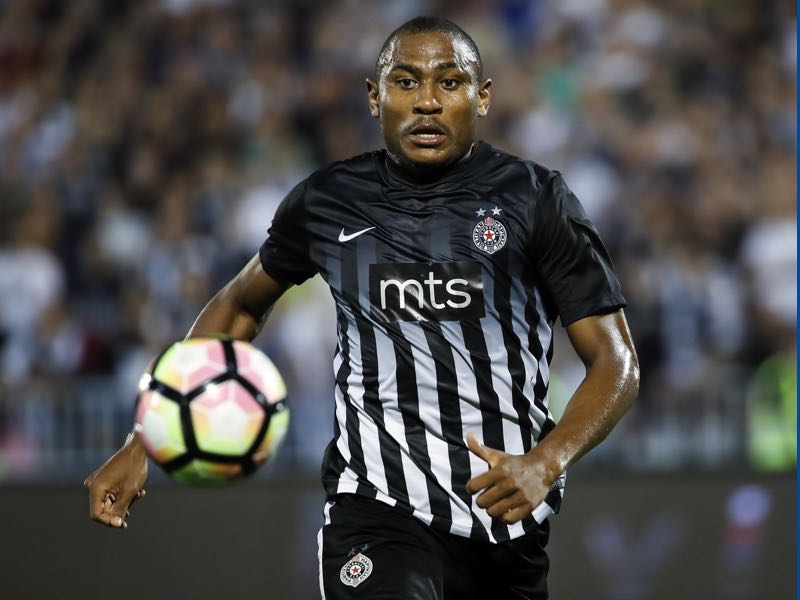