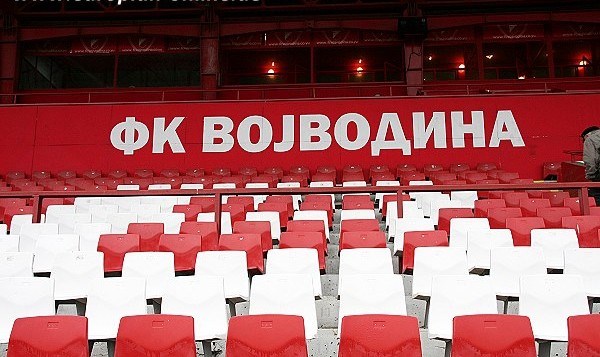 Eastern Promises for Vojvodina and the Serbian Super Liga?

It was only a small news report. On Wednesday morning the Russian sports daily Sport Express announced that Rinat Akhmetov is one of many candidates who has shown interest in purchasing the Serbian SuperLiga team FK Vojvodina Novi Sad.

As later reported on UKRfutbol, Akhmetov is facing competition from Serbian businessman Milan Mandaric to purchase the club, which finished fourth in the Super Liga last season, and it is currently sitting at third place.

While UEFA rules are an obstacle, they have in the past been ineffective at dealing with international partnerships. There are several examples of this situation in Ukraine where oligarchs own several clubs, such as Kolomoyskyi’s football network has demonstrated. There is also the connection between Chelsea and Vitesse Arnhem, where there were allegations that Roman Abramovich is the owner of both clubs.

In truth the major obstacle for Akhmetov to purchase Vojvodina is Serbian state law, which currently prohibits the private ownership of football clubs by an individual. As the French sport portal Footbalski has pointed out on Twitter: “clubs are state owned with the exception of Cukaricki, [which is already privately owned]. The remaining clubs are supposed to [be] privatize[d] but still waiting for it.”

On April 12, 2011 a law was introduced that was supposed to facilitate the privatization of clubs, however the clubs boards have been reluctant to privatize, using the constitutional right to freedom of association to slow down the privatization process. Board members have been blocking this process, as they fear losing their political influence over club management. But it is expected that a new legislation on enforcing privatization will finally be pushed through in June 2015.

Many clubs in Serbia have structures that have been called mafia-like, with owners being linked to all sorts of criminal activities, including money laundering and corruption, as well as third-party ownership of player contracts. Despite this situation “authorities have done little to investigate these allegations and combat corruption in teams or fan clubs”, it was said in an article published by WikiLeaks.

Another obstacle to privatization is the fact that many Serbian clubs have serious financial problems. These debts, however, should only be a small obstacle for oligarchs from Ukraine or Russia, or for large state owned companies from the Russian Federation. In fact Vojvodina is not the only club linked with post-Soviet money, as Belgrade’s Red Star FC has long been linked to rumours of a takeover by the Russian energy company Gazprom, the current sponsor of the club.

However, it remains to be seen if there is any fundamental truth to the rumours at all, as Footbalski points out on Twitter that “with Serbia you always have to wait for the facts.”

This possibility begs the question what could be the motivation for Ukrainian and Russian oligarchs and companies to purchase these clubs? For Akhmetov extending his network could have two motivations. Firstly, Shakhtar’s farm teams in the Donbass are currently not an ideal location to send youth team players out on loan.

Therefore Novi Sad has the potential to be a new farm-team for Shakhtar. Also the Serbian market could help to diversify Akhmetov’s financial portfolio, which has taken a major hit during the conflict in the Donbass. For Gazprom however, the motivations could be more politically motivated, as the purchase of one of Serbia’s most storied clubs would be a statement of the extension of Russia’s influence in the Balkans.