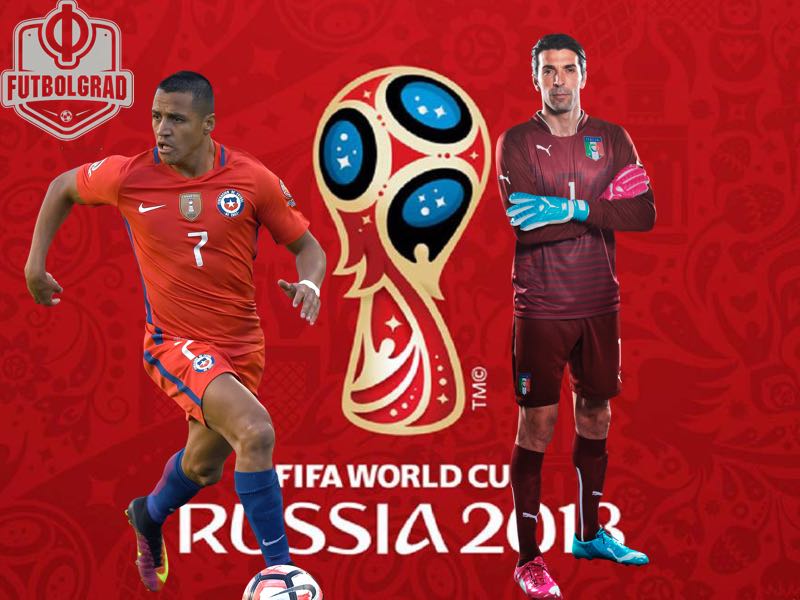 With the conclusion of this week’s playoffs, we finally know the 32 teams that will take part at the 2018 FIFA World Cup in Russia. Not everyone had a happy end to the qualification cycle, however, and several stars will be missing out on next summer’s event in Russia. The Futbolgrad Network has taken a look at eleven players who will miss out on the 2018 FIFA World Cup.

Italy is perhaps the most prominent victim of this qualification cycle. The Squadra Azzurra failed to overcome Sweden in UEFA playoffs, and as a result, long-standing first choice keeper Gianluigi Buffon would have taken part in his fifth World Cup this summer. But Italy finished second in a World Cup qualification group that included 2010 World Champions Spain. With 175 caps for his country Buffon is a living legend in Italian football, and while he will continue his club career for Juventus until at least the end of the season, Buffon will no longer play for Italy. 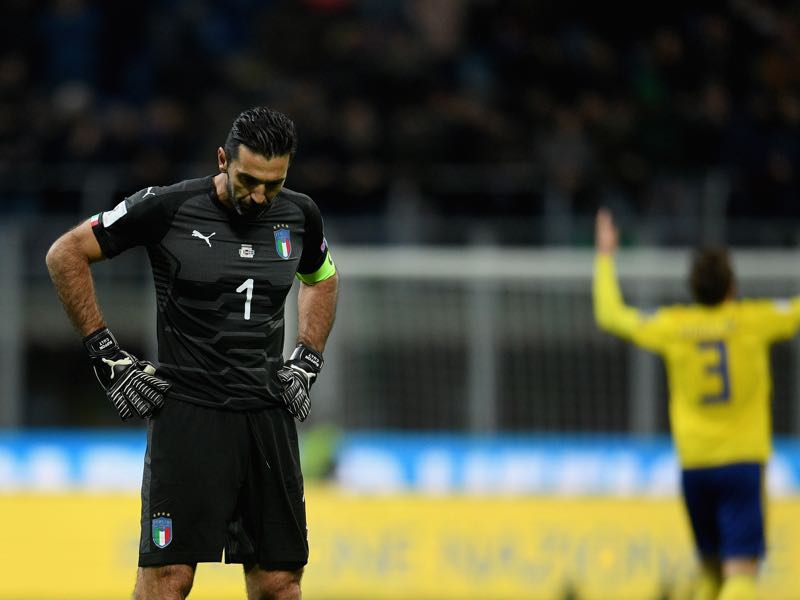 Gianluigi Buffon is one of eleven players to miss out on the 2018 FIFA World Cup. (Photo by Claudio Villa/Getty Images)

Bayern München’s left-back David Alaba will miss the World Cup after a disastrous World Cup qualification campaign for Austria. Austria started with plenty of promise into the World Cup qualification campaign after das Team managed to qualify for the 2016 European Championships. Drawn into a group that included Wales and Serbia Austria, however, struggled from the get-go and failed to reach one of the top two places. For Alaba, this means that he continues to wait to take part in his first ever World Cup campaign. Austria in the meantime have not qualified for a World Cup since 1998.

Leonardo Bonucci is the second Italian on the eleven players who will miss out on the 2018 FIFA World Cup in Russia list. Labelled as one of the best defenders in world football Bonucci moved from Juventus to Milan in the summer after a conflict with Massimiliano Allegri. Bonucci had been one of the key players in Juventus’ success in the Champions League in recent years, and his defensive abilities will be missed in Russia this summer. 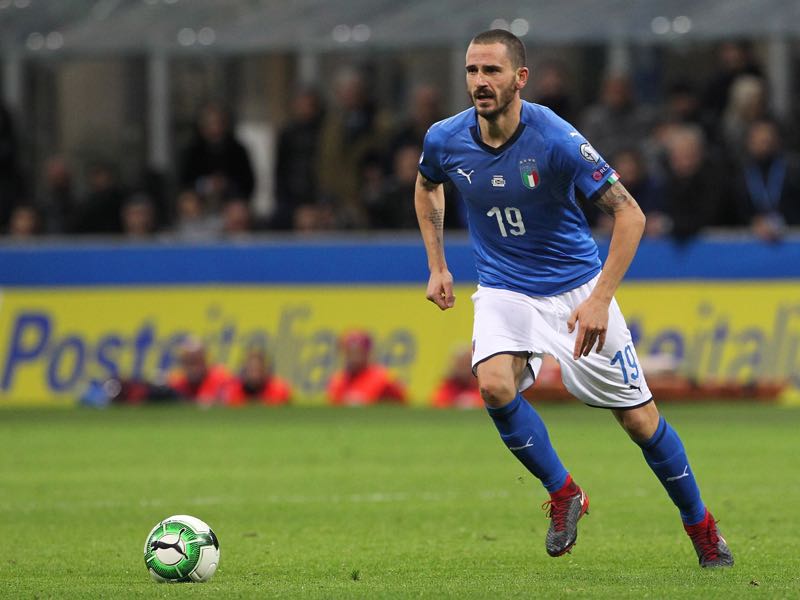 Leonardo Bonucci is one of the world’s best defenders. (Photo by Marco Luzzani/Getty Images)

The 26-year-old Virgil van Dijk missed the 2018 FIFA World Cup after his country, the Netherlands, failed to reach second place in a World Cup qualification group that included France, Sweden, Luxembourg and Belarus. The Dutch had to win their final match against Sweden 7-1 to advance and although Sweden was defeated the 2-0 scoreline was insufficient. For Virgil van Dijk, who was part of a transfer saga between Liverpool and Southampton this summer, the wait to play his first tournament for his country will therefore continue.

Ivory Coast was among the countries that missed the World Cup qualification last week. Manchester United centre-back Eric Bailey will, therefore, be among the superstars to miss out on the 2018 FIFA World Cup in Russia. Signed from Villarreal last summer the Bailly won the 2015 Africa Cup of Nations with his country, but since then several top stars have left the Elephants and with the national team in rebuild Bailly will have to wait four years until his next chance to take part on the biggest stage world football has to offer.

The 25-year-old midfielder Marco Verratti third and final Italian in our eleven players who will miss out on the 2018 FIFA World Cup list. Verratti has been one of the most sought-after players on last summer’s transfer market, but PSG resisted offers from the likes of Bayern München and FC Barcelona to hang on to the midfielder. Considered one of the best playmakers in the world game today Verratti has often been compared with Barcelona’s Xavi and the World Cup will be poorer without his skills on display.

The 2018 FIFA World Cup would have been the first major tournament for Borussia Dortmund star Christian Pulisic. Still only 19-years old Pulisic is already the biggest star in the US team and was therefore heavily criticised in the US soccer media following the embarrassing exit in the final game against Trinidad and Tobago. Pulisic has since penned a letter in the Player’s Tribune explaining his bitterness over missing out on the world’s biggest stage. Pulisic has since left off the US squad in a set of friendlies last week, but will undoubtedly be the cornerstone of a USA side that will aspire to reach the 2022 World Cup in Qatar. 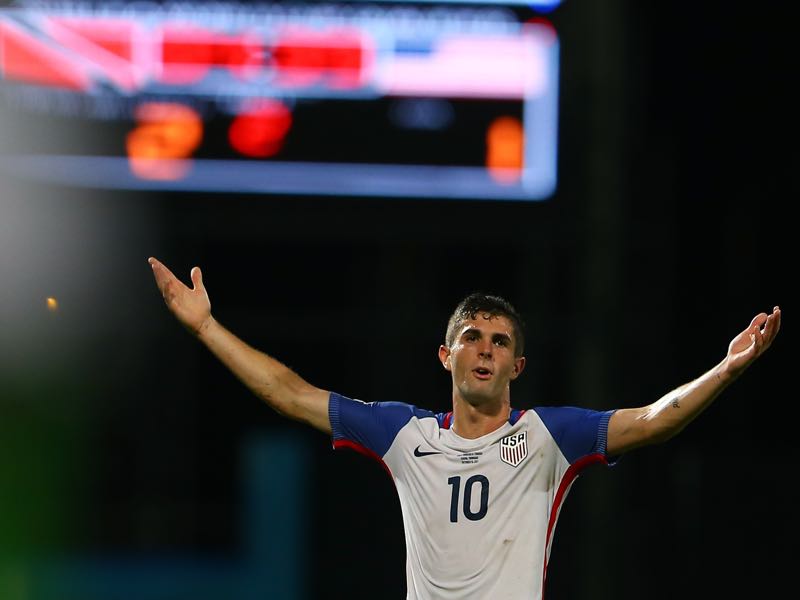 US superstar Christian Pulisic will be another name missing from the 2018 FIFA World Cup next summer. (Photo by Ashley Allen/Getty Images)

Naby Keïta was one of the hottest topics this summer. Targeted by Liverpool RB Leipzig were adamant that they wanted to hang on to the midfielder this summer and as a result have made a deal with Liverpool that will see Keïta become an LFC player next summer. The Guinean midfielder will be well rested for the 2017-18 season as his country failed to qualify for the 2018 FIFA World Cup in Russia.

Alexis Sanchez was one of the big stars at the 2017 FIFA Confederation Cup last summer where Chile represented South America after winning the 2015 Copa América. Unfortunately, for Sanchez, however, Chile failed to qualify for the 2018 FIFA World Cup after finishing the CONMEBOL qualification group in sixth place. For Alexis Sanchez, this means that he will have more time completing a high-profile transfer away from Arsenal next summer. 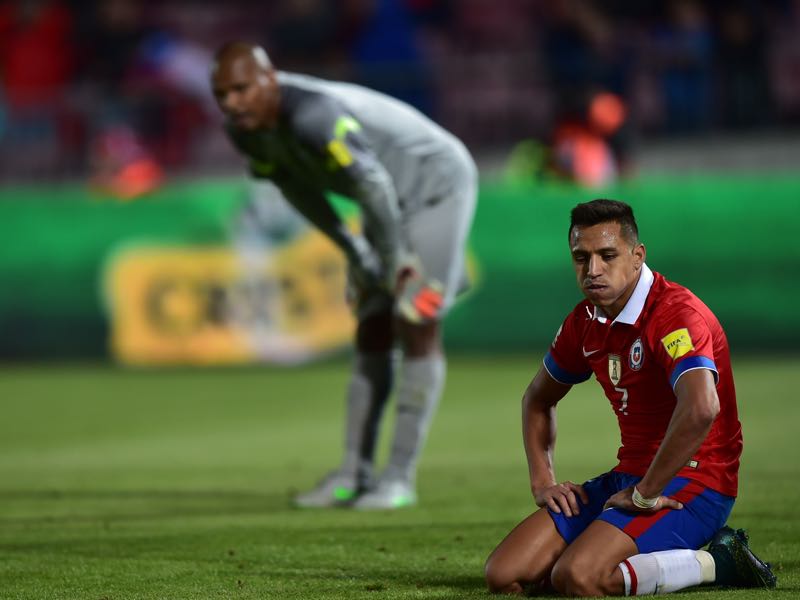 Alexis Sanchez can use the free time next summer to find himself a new club. (MARTIN BERNETTI/AFP/Getty Images)

Pierre-Emerick Aubameyang is the second Borussia Dortmund player on the eleven players who will miss out on the 2018 FIFA World Cup in Russia list. The 28-year-old striker scored 31 goals to become the top scorer of the Bundesliga last season. His country’s most prominent star Aubameyang has, however, not been able to guide Gabon to international success.

After Gareth Bale reached the 2016 European Championships with Wales, the sky seemed to be the limit. But Bale has struggled with injuries this season and Wales have failed to reach the 2018 FIFA World Cup in Russia. A recent report suggested that Bale has cost Real Madrid €1 million a game and that the club may be offloading their expensive British player in the future. His injury history aside Bale is tantalising to watch at times and will be missed at the 2018 FIFA World Cup next summer.