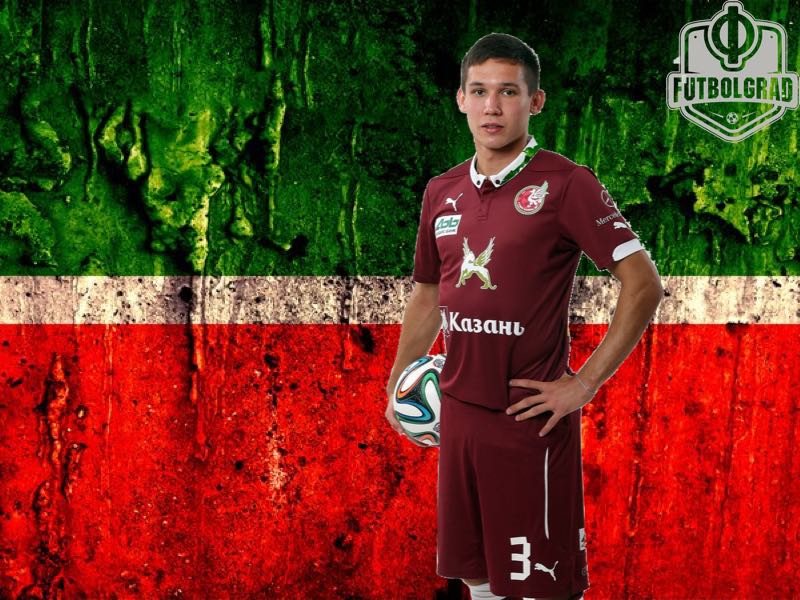 It has been a challenging year for Rubin Kazan even after the club hired Kurban Berdyev. Struggling with a massive squad that was poorly put together by his predecessors Berdyev’s side are currently eleventh in the Russian Football Premier League standings. One of the few bright spots in the team has been young left-back Elmir Nabiullin.

The 22-year-old native of Kazan is a Rubin Kazan youth product, and one of the rarities in a squad that has been dominated by foreign exports and expensive signings from Russia Nabiullin has managed to carve out playing time. In the summer Berdyev signed Fedor Kudryashov from Rostov. Like Nabiullin Kurdryashov likes to play on the left-wing. 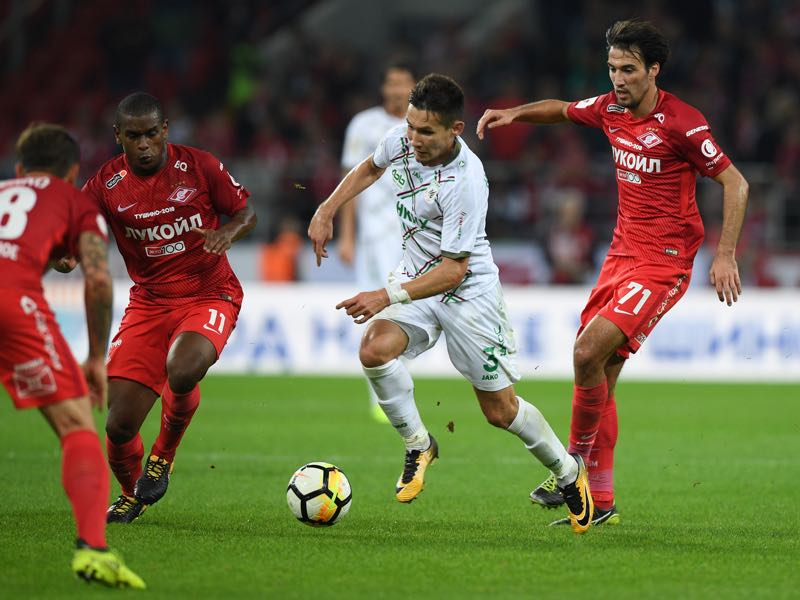 Elmir Nabiullin (c.) can have devastating effects with his direct runs. (Photo by Epsilon/Getty Images)

Berdyev, however, had different plans. Berdyev prefers his sides to play a measured defensive approach with three centre-backs supported by two wing-backs on either side. In a flexible 3-5-2 that often looks like a 5-3-2, the two players on either wing have to both support the centre-back and also act as attacking wingers when the side snaps forward on quick counter-attacks.

Nabiullin is a Perfect fit for Berdyev

Signing Kudryashov indicated that Berdyev would use his former Rostov disciple to fill that position. But instead, Berdyev used Kudryashov ability to play with the left-foot to play him primarily in the three-man defence this season. As a result, Nabiullin was pushed up to play nominally as a left-midfielder—even though the actual Rubin Kazan setup meant that the winger was played more of a wing back.

It was a bit of a new experience for Nabiullin, and with Rubin struggling at times this season the 22-year-old was not always productive going forward. It is perhaps for that reason that Russian national team head coach Stanislav Cherchesov has overseen the development of the Rubin Kazan winger.

Interestingly enough, however, while Cherchesov has overlooked Nabiullin clubs from abroad have eagerly tracked the winger’s development. Early in the new year news broke that the likes of Valencia from Spain’s La Liga were tracking Nabiullin’s development. Aware that Rubin Kazan are facing financial difficulties clubs looking for a rare left-back talent in the world game know that there is a distinct possibility that they could sign Nabiullin without having to break the bank.

A significant aspect in big clubs being interested in Nabiullin is also head coach Berdyev. Often overlooked coaches from the post-Soviet space do not always get the credit they deserve. But Berdyev’s exploits with Rubin Kazan almost a decade ago against the likes of Barcelona and with FC Rostov in the Champions League last winter were not left unnoticed around the globe.

Russian Football Premier League is on the up

Among scouts, the Russian Football Premier League is in general on the up. Financial trouble, or unwillingness by owners to spend big money, as it is the case at Rubin, have meant that all of a sudden talent in Russia has become affordable. Hannover 96’s signing of Jonathas is one example, and clubs from Germany and Spain, in particular, are now once again scouring the league for talent that may have slipped through the cracks in the past.

Hence, while the Valencia rumours might be premature Nabiullin is definitely in the notebooks of the big European clubs. Fast with an excellent left-foot Nabiullin can play all positions on the left side of the pitch. Watching Nabiullin his ability to break forward at high speed immediately quickly becomes apparent. 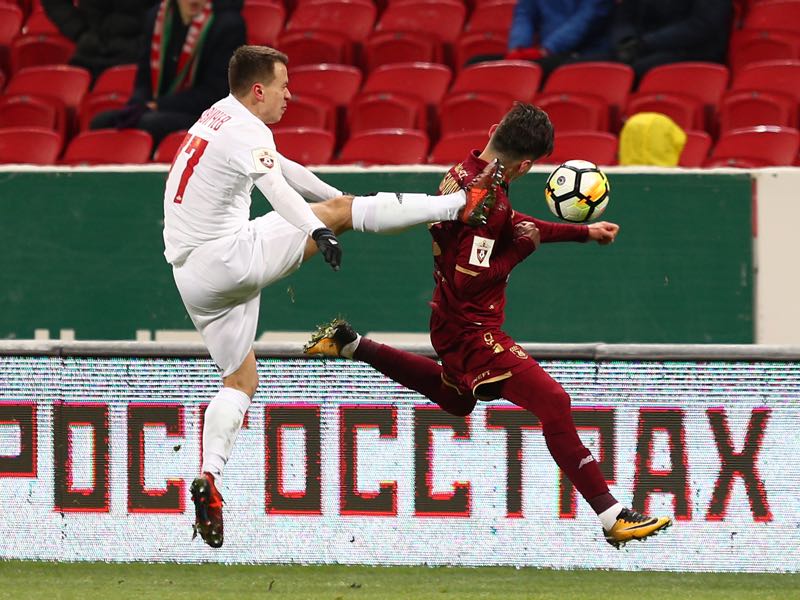 No matter the cost Elmir Nabiullin (r.) will always look for the direct path towards the opposition’s goal. (Photo by Epsilon/Getty Images)

What is also noticeable is his ball control at high speed even under challenging conditions. Last season, for example, he was often found breaking quickly forward using both feet to shield the ball even when the field was covered in snow in the winter or torn up and deep during Russia’s springtime. Another aspect are his strong crosses and his ability to track back successfully covering his end when Kazan need to defend.

Transfermarkt.de values Nabiullin at €5 million and with the current financial situation at Rubin in mind it would not take much to sign Nabiullin. With this in mind, Nabiullin is a bargain on the current transfer market and with several clubs looking to bring in left-backs it is without a doubt that the Kazan native will be in high demand in the coming months.