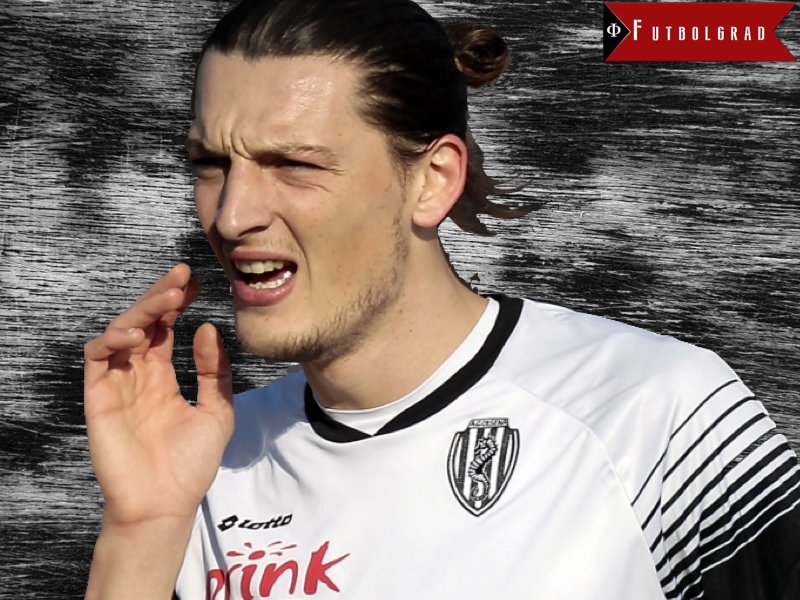 The Emergence of Milan Djuric

Bosnia and Herzegovina has only ever qualified for one major tournament, the World Cup 2014 in Brazil. Their foray into this competition brought only mixed results, however. Even though the nation celebrated its first qualification, its involvement in the competition resulted in nothing more than a group phase finish, thanks to a disallowed goal against Nigeria that is still being mourned by the Bosnian faithful. The nation went from the high of a celebrated historic moment, to the crippling low of group stage failure.

But now, the team has reason to celebrate once again, as they are able to say that they have won Japan’s Kirin Cup. Even though the occasion was small, it provided some interesting positives— chief among them the performance of striker Milan Djuric.

Bosnia’s final victory came against the hosts, Japan, who were coached by Bosnian born manager Vahid Halilhodžić. Baždarević’s Bosnian “B” side, made up largely of bench players, fringe national team players and Premijer Liga standouts, managed to orchestrate a 1-2 upset thanks to goals from Milan Djuric.

Djuric also provided two goals in the previous match against Denmark, when the team came back from a 0-2 deficit to win it on penalties 4-3. In both matches, Djuric was the best rated player on the Bosnian side and routinely troubled Denmark and Japan’s defenses.

Djuric has been a surprising revelation for the team, who had no real backup to talisman striker Edin Džeko, who turned 30 recently. Djuric, 26, plays his club football in Italy’s Serie B, for AC Cesena. The Tuzla-born striker played 2,036 minutes of club football this season, scoring 8 times and assisting 3 times. For Bosnia? He has scored in 7 of his last 8 appearances or 408 minutes of play. At the moment he’s averaging a goal every 58 minutes. Quite a statistic.

Djuric also propelled his team into the EURO 2016 playoff round against Ireland by scoring against Cyprus and Wales in the two matches ahead of the two-match set. Djuric not only scored one of the goals in the 2-0 victory over Wales, but also assisted the other. Against Cyprus, Djuric scored the 3-2 winner.

Used primarily as a joker, Djuric has done well as a starter, with two goals in each of the two matches in the Kirin Cup. Even with a disjointed midfield behind him, he managed to latch onto and convert any chances fed to him.

During his time as a player for Bosnia and Herzegovina’s U-21 side, Djuric is best remembered for his hat trick against Germany, all scored with his head. His height and powerful build present real problems for defenders at times, and the player’s skill-set is similar to that of team captain Edin Džeko.

With all of the problems that surround the team, including new cries of corruption in the halls of the Bosnian football federation, silver linings are few and far between. Bazdarevic will undoubtedly be pleased with the player and can count on him as a serious contender for a starting role, or at least a super-sub role. If Djuric continues to develop and produce for the national team in this capacity, he could be counted on as a bridge between Džeko (30) and future starting strikers currently in the making.