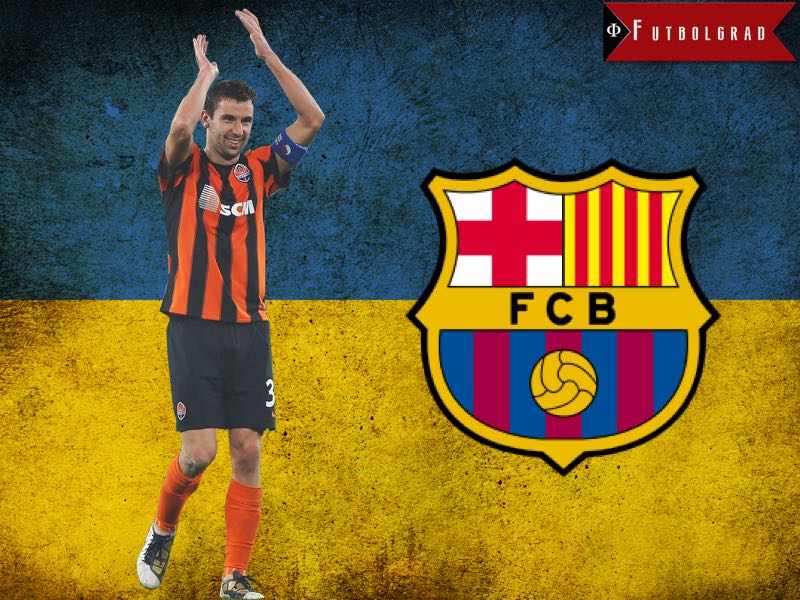 The End of an Era? FC Barcelona want Darijo Srna

Shakhtar Donetsk’s long-standing captain Darijo Srna could be on his way to FC Barcelona.  According to the Russian sports portal sports.ru Shakhtar owner Rinat Akhmetov would allow Srna to leave to Catalonia in the winter transfer window despite the fact that the right back is still under contract until the end of the season.

Srna’s departure would be the final chapter in the golden era of the Ukrainian based club. Shakhtar has for many years been the benchmark in post-Soviet football, as Akhmetov built a club that not only included some spectacular players, but also possessed the most modern stadium, and the best training facility in the region.

Finally last summer Mircea Lucescu joined the exodus when he left for Russian club Zenit Saint Petersburg. In the meantime Darijo Srna has been a loyal member of the squad.

In January this year Srna told Futbolgrad in an interview “Shakhtar is my home, and my second family.” Asked about his expiring contract, Srna told Futbolgrad “I have a superb relationship with president Akhmetov and, after 13 years of cooperation, we need only five minutes to decide and agree about my future. Of course, there is always a plan B.”

At the time everything pointed towards Srna ending his career at Shakhtar Donetsk, as the Croatian even expressed hope that he could play once again in the Donbass Arena.

But things can change quickly in the football business, and now it appears that Srna, who is 34-years-old, could embark on one last adventure before hanging up his boots.

Indeed Barcelona has signed older players with experience in the past to fill limited squad roles. In the summer of 2004 Barcelona signed the then 33-year-old Henrik Larsson from Celtic Glasgow. The club was on the lookout for a striker who would be willing to accept limited playing time, but at the same time had the quality to make an immediate impact when coming on late in the match.

Larsson did just that for Barcelona, furthermore he managed to crown his magnificent career with a Champions League victory in 2006, before returning to his native Sweden. In his stead Barcelona signed the Icelandic striker Eiður Guðjohnsen from Chelsea FC. Like Larsson, Guðjohnsen provided the club with a strong backup option to the many star strikers assembled in the team, and the Icelandic striker would be rewarded with a Champions League victory in 2009.

The prospect is similar for Srna, as Barcelona lost the experienced right back Dani Alves on a free transfer this summer. Barcelona were hoping that Aleix Vidal could grow into Dani Alves’ role, but the Spaniard, who joined Barcelona from Sevilla last summer, has been a disappointment at the club.

Darijo Srna meanwhile has proven both in the Champions League, and also for his country Croatia that he is still one of the best right backs on the continent. Furthermore, retirement from the national team after Euro 2016 means that Srna will have time to recover during national team breaks, which could further prolong his career.

For Shakhtar, however, this would mean a tough loss, as the club captain is an extension of the club’s coaching staff, and is considered vital in helping new coach Paulo Fonseca to familiarize himself with the club.

On the other hand this could be Srna’s last chance at winning international silverware—the fact that Shakhtar missed the group stage of the Champions League means that Srna would be legible to play in the competition for Barcelona.

The fact that Akhmetov has been positive about Srna’s move to Barcelona further indicates that the Croatian could soon be on his way to the Camp Nou, effectively ending an era at Shakhtar Donetsk.