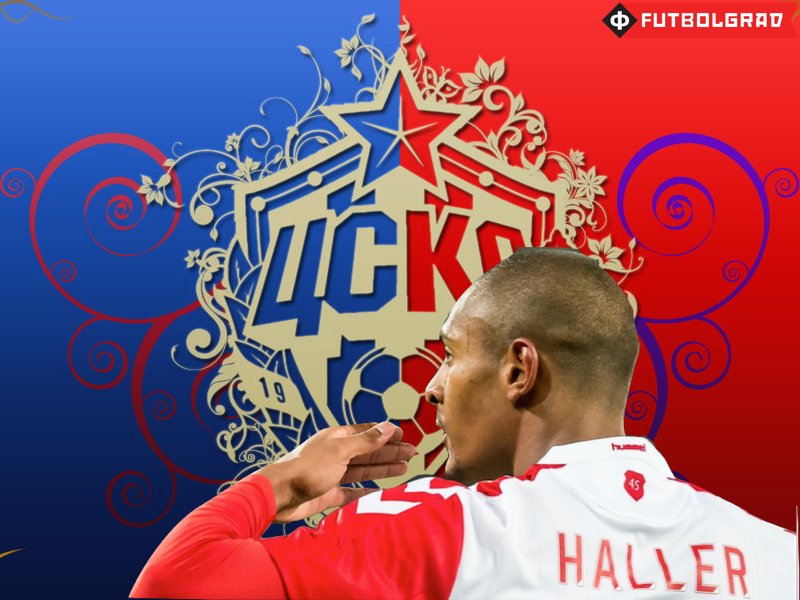 England or Moscow – What is Next for Sébastien Haller?

The January transfer revolving door is continuing to spin in the Russian Football Premier League. One of the the busiest teams are CSKA Moscow, who are seeking to buy a new striker during the winter, for the club anticipates the departure of their star striker Seydou Doumbia—he is expected to make a move to the Premier League.

CSKA Moscow have already been linked with former Shakhtar Donetsk striker Luiz Adriano, who currently plays for AC Milan. But, according to Sport-Express, CSKA also seems to be interested in the services of FC Utrecht’s French striker Sébastien Haller. In the past CSKA has had great success with signing players from the Netherlands as striker Ahmed Musa, and the former CSKA player Keisuke Honda both played in the Netherlands—for VVV Venlo—before moving to Russia to play for the Red Army club.

Yet CSKA are not the only club interested in the striker—the Dutch homepage Voetbal International reported that several Premier League clubs are also in on the chase for the striker who has scored eleven goals in 16 Eredivisie games this season and has accumulated an average whoscored.com score of 7.57.

Voetbal International has stated that the Dutch club will ask for about €10 million for the services of the striker. Furthermore, according to the Dutch page, Norwich City have already made a concrete offer of €6.5 million. Other English teams such as Bournemouth and Southampton have also shown an interest in him. Haller is under contract until 2019 in Utrecht, but the club has recorded a loss of €4.8 million last season and hence might be forced to sell the player to meet the tough Dutch licencing requirements.

It remains to be seen, however, whether CSKA Moscow will be able to compete financially with the English Premier League clubs. Haller has been outspoken about the fact that he would like to move to England. On the other hand, the success of Quincy Promes at Spartak Moscow might convince Haller that an intermediary step at one of Russia’s most successful clubs, which regularly competes in the UEFA Champions League, could be the best next step.