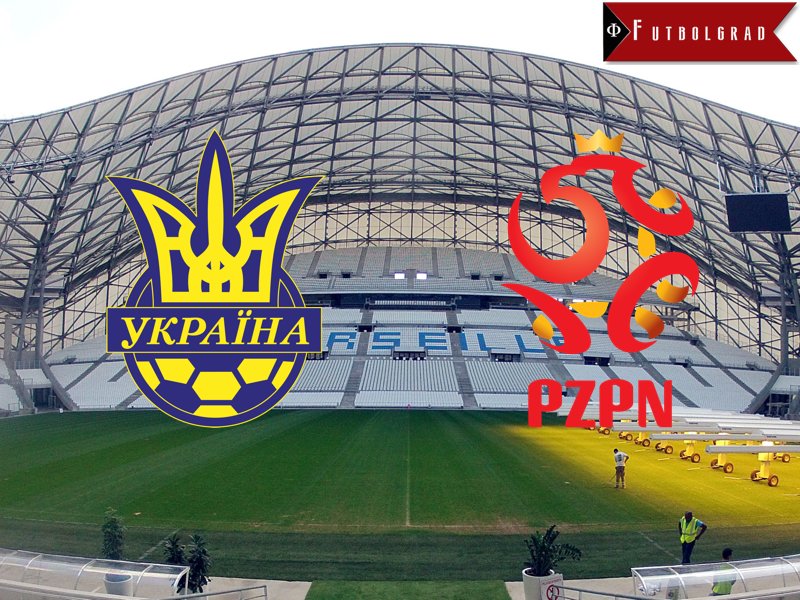 At first glance there will be very little to play for in tomorrow’s Group C match Ukraine vs Poland at the Stade Vélodrome in Marseille. After losing the first two matches in the group stage against Germany and Northern Ireland Ukraine was the first country to be eliminated from Euro 2016. Furthermore, it is likely that Poland’s four points will be enough to qualify for the next round.

Yet at second glance there is still plenty to play for in the match. Poland for example will want to win the match in order to have a shot to win Group C, which could provide them with an easier opponent in the next round. Ukraine on the other hand will want to exit the tournament on a positive note.

For Ukraine the results have been especially disappointing, as there was hope that the country could qualify for the round of 16 as one of the four best third placed teams. Despite losing the first game against Germany 0:2 there were plenty of positives in the game against the world champion.

In fact between the 30 and 45th minute Ukraine was very much in charge of the game, and Germany were fortunate that Ukraine lacked the necessary offensive punch from their centre striker position to score. Germany then gained complete control over the match in the second half, but Ukraine still had several chances.

Indeed if Ukraine had played the same way against Northern Ireland as they did against Germany, the Zbirna (as the national team is often called) would have easily gained the necessary three points. But Ukraine’s offensive was uninspiring and Ukraine’s two superstars Yevhen Konoplyanka and Andriy Yarmolenko especially disappointed.

In the centre highly criticized striker Yevhen Seleznyov showed why he failed to set foot in the Russian Football Premier League, as the striker lacks the ability to play at the highest level. The highly talented Viktor Kovalenko also failed to introduce creative elements. Overall one had the feeling that Ukraine’s players underestimated the Brits, who played with more passion and deservedly won the match 2:0.

The disappointing performance of the Zbirna has been heavily criticized in Ukraine, and some players have even been branded as traitors—not a huge surprise given the volatile climate in the country. Ukraine’s manager Mykaylo Fomenko has taken much of the blame for the performance, and has since announced that he will step down from the position. Furthermore Fomenko told the Ukrainian media “we ask our fans for forgiveness that we didn’t make it out of the group.”

There are now speculations that his assistant and former Ukraine striker Andriy Shevchenko could now replace Fomenko. But first Ukraine will have to play their last group stage match against Poland, and it is expected that Fomenko will make some drastic changes to the line-up before the final match.

The manager might field players who have not been featured up to this point on Tuesday. In goal Andriy Pyatov could be replaced by Denys Boyko, in defence expect Oleksandr Kucher for either Yevhen Khacheridi or Yaroslav Rakitskiy’s position. In midfield the highly talented Oleksandr Zinchenko could replace Viktor Kovalenko, and up front Roman Zozulya is likely to start in place of Seleznyev.

Following the loss against Northern Ireland Pyatov told the media that “he feels sorry that the players, who haven’t played yet will be associated with the poor results.” Indeed press reports from Ukraine show that the harmony in the squad was anything but good, and that several players were involved in a conflict in the dressing room after the match.

Hence, the players that will start against Poland will want to try and correct the negative results and bad press by showing a strong performance against Poland.