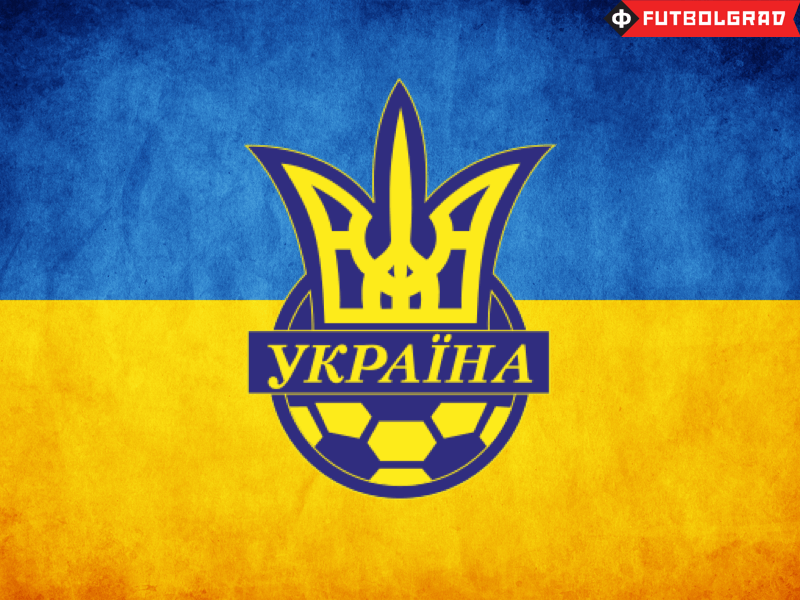 Euro 2016 – Ukraine After Cyprus and Wales

Ukraine, as part of their preparations for Euro 2016—when they will face Germany, Northern Ireland, and Poland—hosted Cyprus and Wales in two international friendlies in March. On the surface, the two victories at home should help the Zbirna (as Ukrainians call their national team) by boosting their confidence as they prepare for the match. There are certainly many positive notes to be made from these matches. Yet, the national team still has its frailties that need to be addressed if they are to have any hope of advancing out of their group at the Euros.

During these two matches, Ukraine proved, once again, how strong a defensive unit it has when competing against strong opposition. There are a few examples of this: First, when Ukraine hosted France in the first leg of the FIFA 2014 World Cup playoffs, Ukraine recorded a convincing 2-0 victory over Les Bleus. Second, during the Euro 2016 qualifications, Ukraine had one of the strongest defensive units in the competition, conceding only 4 goals in 10 matches, most notably holding Spain to only two goals in two matches. Third, while hosting Slovenia in the Euro 2016 playoffs, Ukraine only conceded once over the duration of the two legs.

Due to this defensive record, it is not surprising that Ukraine was one of 24 teams to qualify for the competition. Moreover, the results against Cyprus and Wales, where Ukraine recorded two 1-0 victories over its opposition, further outlines their defensive strengths.

Set pieces is another skill that the national team has at its disposal. During its Euro 2016 campaign, the Ukrainians scored numerous goals from free kicks and corner kicks, citing matches against Luxembourg and Slovenia as two examples. More recently, the two goals that Ukraine netted against Cyprus and Wales also came off set pieces, thus the Ukrainians must utilize this skill while at the Euros, particularly against Germany.

In addition, perhaps one of Ukraine’s most deadly skillsets is the ability of the counter attack. In matches against Belarus, Macedonia, and the second leg against Slovenia, the Ukrainians were able to pick up points against their opposition due to their ability to play well as a collective unit without the ball. This skill, mustered with their strong defensive abilities, outlines that the Ukrainians will surely be able to perform well in the Euros.

Moreover, midfielder Andriy Yarmolenko has also contributed well during the period leading up to the competition. Prior to the Euro qualifications, many Ukrainian supporters criticized Yarmolenko, stating that he would “not show up for big games.” In other words, that he does not make an impression when in competition against stronger opponents.

Yet, he was Ukraine’s top scorer during the qualification period, scoring four goals in the process. Furthermore, during the two legged fixture against Slovenia in the second round of qualification, Yarmolenko scored in both matches—thus it was his efforts that helped Ukraine seal its place in the competition (he scored a total of 6 goals in 12 matches played during this period). In addition, though a friendly, he netted am impressive goal against a strong Welsh side, thus further outlining his importance. Hence, based on these statistics, he will surely be one of Ukraine’s major players during the competition in France this summer.

Finally, a list of Ukraine’s strengths would not be complete without the inclusion of Andriy Shevchenko. The former Ukrainian striker was included in the national team’s coaching staff, and with his skills and expertise, he is sure to provide valuable input in the team’s preparation for the Euros. Also, his lively character, as shown when Ukraine scored in the friendlies, provides more life into the coaching staff (compared to head coach Mykhaylo Fomenko’s rather serious personality). His presence should boost the moral of the team.

Yet the national team also has its flaws. The most prominent issue is its aggressive style of play and the personality of some of its players. If the national team is to have any hope of advancing from the group stage, it must learn to control its players. Oleksandr Kucher, Yevhen Khacheridi, and Denys Harmash are the biggest offenders.

First, in Khacheridi’s case, the center back has been known to lose his temper quite easily, and at rather inappropriate moments. For example, as Ukraine was trailing 2-0 in France during the second leg for the FIFA 2014 World Cup qualification in France (though 2-2 on aggregate), the center back earned a series of bookings within a matter of minutes, which saw him dismissed and France qualified for the World Cup.

In contrast, Kucher and Harmash are two players who have been known to earn bookings for rather careless mistakes. During the first leg against France, where Ukraine was winning 2-0 with only a minute left of extra time, Kucher made a tackle on an advancing French player, and this second booking led to his marching orders; it was a scenario that should not have happened. Similarly, as Ukraine was about to record a 3-1 home victory over Belarus during its Euro 2016 qualification campaign, Harmash, who was already on a yellow, dived in the penalty area, and this action led to his being dismissed.

Perhaps equally important is Ukraine’s inability to finish a match. As previously mentioned, Ukraine’s defensive abilities are commendable. Yet it cannot rely on this ability as its ticket towards advancing in the tournament. For example, during a friendly against Latvia, Ukraine opened the scoring rather quickly, yet its offensive efforts slowly dwindled as time went on. This allowed Latvia to find an equalizer in the second and final minute of stoppage time, thus the match ended 1-1, robbing Ukraine of a home victory.

It also seems that, following the conclusion of the friendly against Cypres, Fomenko has selected his team. For the younger generation, the Cyprus match was a perfect opportunity to make an impression on the national team’s coach and perhaps to book their tickets to the finals in France. Unfortunately, they were unable to take advantage of the situation.

Following a 1-0 halftime lead, courtesy of Taras Stepanenko, Fomenko decided to give debuts to several youth players. As a result, the youth team showed that they had no rhythm and the Cypriots could have equalized on several occasions. Therefore, it seems that these youth players, will have to wait until the FIFA 2018 World Cup or the UEFA Euro 2020 competition before they make their contributions to the national team.

Overall, the Ukrainian national team performed well in its friendly matches against Cyprus and Wales, and with the Euros fast approaching, it is likely that Fomenko has already decided on the 23-man squad. With a convincing display, especially against Wales, the coaching staff must now direct its attention toward the Romania, Albania, and Moldova friendlies in late May and early June, where they will make their final preparations for the Euros. Therefore, given the above analysis, the predicted 23-man squad for this year’s Euro competition are as follows: