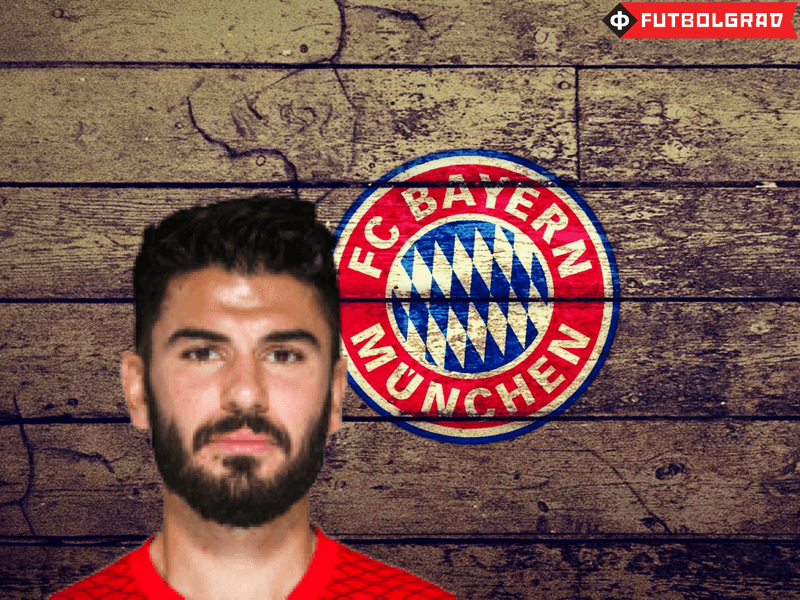 Spartak Moscow’s German defender Serdar Taşçı has returned to the German Bundesliga. Signed by Spartak Moscow in the summer of 2013, Taşçı has now made the surprise switch to Germany’s perpetual title winning machine Bayern Munich.

Taşçı, who was once considered one of the brightest defensive talents in German football, played 14 games for the German national team between 2008 and 2010. Had Bayern Munich signed Taşçı in that period, no one in Germany would have been surprised. Now, however, Bayern getting Taşçı on loan until the end of the season—Bayern also has a €10 million clause to make the move permanent in the summer—is considered by some to be one of the biggest surprise signings of the winter transfer window.

On the other hand, the move makes sense for both Taşçı and Bayern Munich. After three years in charge, Bayern coach Pep Guardiola will be leaving the club this summer to join Manchester City and, while the Spaniard has won three German championships, there is a general sense in Germany that Guardiola’s time in Munich will be a failure if he does not win a Champions League title.

But, within two match days of the second half of the season, Bayern Munich went from three nominal defenders to just one—the fourth defender Mehdi Benatia was already injured before the winter break. On match day 18, (during a 2-1 Bayern win against Hamburger SV on January 19) Bayern lost their star defender Jérôme Boateng to a muscle injury—he will be out for up to three months. Then just days later Javi Martínez re-injured his recently recovered knee.

This meant that Holger Badstuber was the only central defender available for Bayern’s match against TSG 1899 Hoffenheim on January 31, which Bayern won easily 2:0. Also, it later emerged that Martínez should be available shortly, however, Guardiola’s Bayern have been subject to more than the average number of muscle injuries since the Spaniard took over in the summer of 2013.

Guardiola who is known for rushing players back from injury is likely responsible. In the case of Boateng, it emerged that Guardiola had played the German defender despite the fact that Boateng had been suffering from abductor pain all week. This was not the first time that Guardiola had rushed back one of his players; Frank Ribéry was rushed back to the squad in the fall, to play in the Champions League group stage against Dinamo Zagreb, and promptly suffered a setback, and might even miss the remainder of the season.

Hence, given Guardiola’s meat grinder philosophy when it comes to his own squad, it would have been extremely risky for Bayern Munich to go into the second half of the season with only Holger Badstuber completely fit—especially given his injury history and the fact that Bayern will want to win the Champions League this season, a competition that requires a strong defensive philosophy.

Taşçı should have no problem fitting in

Bayern, therefore, needed a defender who had match practice, could be easily integrated, and was still available to play in the UEFA Champions League. The signing of Taşçı from Spartak Moscow meets all of the above requirements: Taşçı had been a major factor in Spartak’s defence this season—he played 16 games and averaged an average Whoscored.com score of 7.13. As a VfB Stuttgart product, and former German national team player, Taşçı should do well in Bayern’s dressing room. Finally, Spartak did not participate in any UEFA competitions this season, which makes it possible for Bayern to register Taşçı for the UEFA Champions League, where Bayern will meet Juventus Turin in the round of 16. 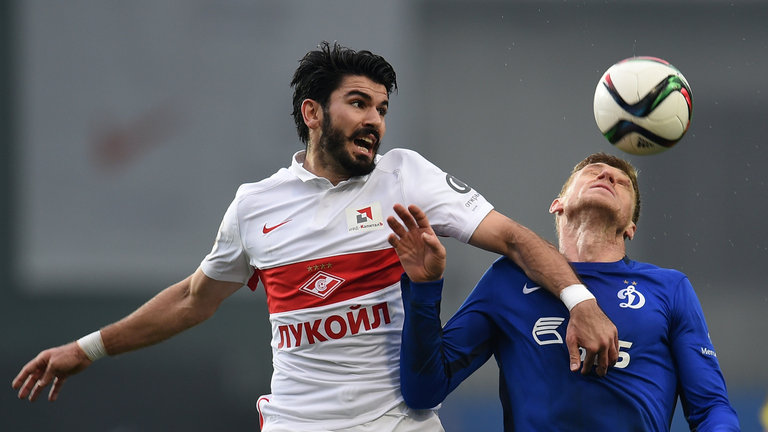 Serdar Taşçı has been solid for Spartak Moscow – Image via 365dm.com

Taşçı had been in close contact with several other Bundesliga clubs, and was reportedly close to signing with FC Schalke 04, but there are very few players who wouldn’t jump at the chance to play for what, at the moment, is arguably the best club side in the world.

There have, however, been critical voices. The former Sporting Director of VfB Stuttgart Fredi Bobić told Eurosport that Taşçı can only be a short term solution for Bayern Munich: “At the moment the transfer makes sense, but he won’t be a long term solution.” Eurosport’s Russia expert Mikhail Biryukov is also critical: “He never fulfilled the high expectations in Russia. Yes, Taşçı was one of the top five defenders in the Russian Football Premier League, but that means nothing. He made a lot of mistakes this season.”

Futbolgrad has been in attendance for several Spartak Moscow games in the last two seasons and, while Taşçı was certainly not outstanding, he was often one of the few players at the club that could organize the defence. This was especially the case in Spartak’s devastating 2014-15 season, when the Russian club lacked any sense of organization under former head coach Murat Yakin. That Taşçı was, at that time, one of the few bright spots in the club, is an argument that is supported by his Whoscored.com score.

In fact, there are reasons to believe that Taşçı could be not only a success at Bayern, but that the player could even re-launch his career in the German national team. Taşçı even told the German press “I am 28 years old and when you are in that age you never completely tune out the possibility to play for Germany once again.” There are reasons why this statement is more than false optimism by the player.

Two reasons are the examples of Douglas Costa, and Dante. Both signings were criticized at the time because fans believed that the players didn’t have the necessary quality for Bayern Munich, but they both proved the maxim that talented players are more likely to shine when surrounded by gifted players. At Bayern, Taşçı will be surrounded by some of the best players in the world, and his short passing abilities destine Taşçı to succeed in Guardiola’s system. Hence, with Taşçı, Bayern has signed a player who is not only a short term solution to a growing flood of injuries, but also a player who, after years at chaos ridden Spartak Moscow, wants to prove that he can still play with the elite.