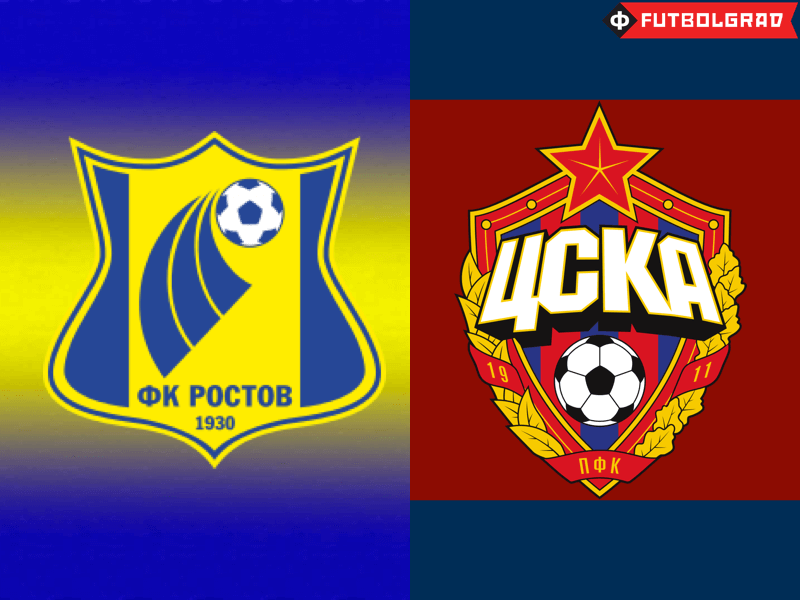 FC Rostov vs CSKA Moscow – An Unlikely Match of the Day

FC Rostov vs CSKA Moscow on Saturday afternoon will be the top match of the round 20 of the Russian Football Premier League (RFPL). While many expected that CSKA Moscow, who won the Moscow derby against their biggest rival Spartak Moscow 1-0, would be one of the major title challengers this season second placed FC Rostov are an unlikely title challenger.

Rostov are currently second with 37 points, just three points behind CSKA Moscow, who have 40 points. The boys from the river Don have been the biggest surprise in the RFPL this season. Furthermore, Rostov are five points clear of third placed Lokomotiv Moscow, and six points clear of fourth and fifth placed Krasnodar and Zenit Saint Petersburg respectively.

The fact that Rostov are six points clear of Zenit has raised the hope on the Don that Rostov could at the very least challenge for a Champions League qualification spot.

Champions League Football Would Be A Remarkable Feat For Rostov

Champions League football would be a remarkable feat for a team that has been on the verge of bankruptcy for the last few years. Even this season the club struggled to pay salaries on time. At one point the club even faced a player rebellion when several players complained about not having been paid for weeks. In September several players boycotted Rostov’s round of 32 Russian Cup match against the Football National League (second division) club Tosno—a match that Rostov lost 1-0 after extra time. 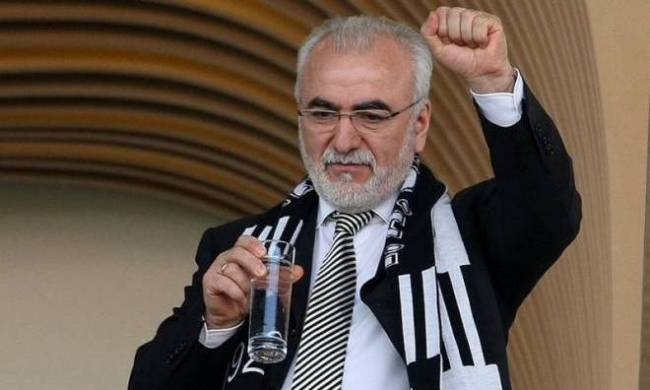 Then in the winter Rostov were issued a transfer ban by the Russian Football Union for failing to pay previous transfer obligations—the ban was lifted after Rostov settled its bills.

Financial stability will be necessary if Rostov do manage to qualify for Europe, as UEFA does not look kindly on clubs with debts, and has banned clubs from UEFA competitions for financial problems in the past. Rostov have previously been punished by UEFA, and currently remain under investigation by UEFA. Hence, Rostov’s continued financial uncertainty may end the club’s dream of European football even if Rostov qualifies.

Furthermore, Rostov have also become heavily dependent on the financial investments of the Greek-Russian oligarch Ivan Savvidis, who in recent months has made several investments in FC Rostov to keep the club financially afloat. In some ways Savvidis, who has several business interests in Rostov, has become the unofficial patron of the club.

Despite Financial Problems – Rostov Where Able to Strengthen the Squad

During the winter break it was feared that Rostov would have to sell many of its most important players in order to meet financial obligations. With the help of the Russian government and the investments made by Savvidis, however, Rostov were able to retain its key players, and were even able to add left defender Fedor Kudryashov, who was bought for €2 million from league rivals Terek Grozny, striker Nika Kacharava, who was bought for €300,000 from the Georgian Umaglesi Liga team Spartaki Tskhinvali, and the offensive midfielder Aleksandr Erokhin, who was bought for €1.8 million from Ural Yekaterinburg.

The new signing should help with Rostov’s push for a European spot in the second half of the season. Savvidis’ influence, however, could become an issue as he is also the owner of the Greek Superleague team PAOK FC, and UEFA rules don’t allow multiple club ownership in UEFA competitions. Hence, Rostov could find themselves under investigation by UEFA for breaches of financial regulations, as well as for their ties to Savvidis.

Of course Rostov need to qualify for European football before all these questions really become apparent. Rostov beat Krylia Sovetov Samara on March 5 1-0, and the match on Saturday against CSKA Moscow will go a long way to determine what direction the rest of the season will take for the boys from the Don.

Despite being first in the league CSKA Moscow had a string of poor results before the winter break, but the Red Army team seemed like a real title contender on the weekend as the 1-0 score line did not do justice for how dominant CSKA Moscow were at Khimki on the weekend.

Now CSKA Moscow are ready to face second placed Rostov, and a victory on Saturday could mean that CSKA would go six points clear on top of the table with only ten games remaining in the season.

Hence, CSKA Moscow’s assistant coach Viktor Goncharenko has underlined the importance of Saturday’s match as well as the fantastic work of Rostov coach Kurban Berdyev. “There is some comparison to the English league leaders Leicester, Berdyev has done fantastic work. Rostov were also able to make some good signings in the winter.”

Goncharenko further believes that Rostov may have a slight early advantage as “Berdyev has done very well to prepare his team for the opening matches, when the ground is still difficult to play on [in Russia]. We would have certainly liked to have this meeting take place later in the season. But lets hope that we can show a good game [despite the difficult surface].”

The muddy field could indeed provide an advantage for Rostov, as CSKA Moscow is by far the more technically gifted team, but might have a difficult time to bring that ability onto the pitch. Rostov meanwhile will be much more adapted to the bad conditions as they prefer to sit deep in defence, where they wait to catch the opposition by playing long balls up front for fast counter attacks.

Berdyev Knows How to Stage an Upset

Another advantage will be the fact that the match will be held in Rostov, and Rostov winger Dmitry Poloz has asked Rostov fans to do everything to support the home side on Saturday. “This will be a very interesting match against one of the most renowned clubs in the country. I am sure the stadium will be full, and we will do everything to win the match. [The fans] must keep us in the game. Don’t boo us when we make a mistake instead keep up the support, we need you!” 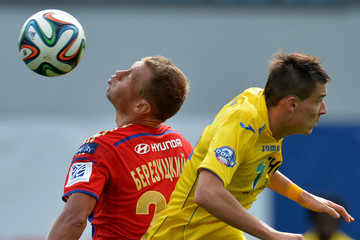 CSKA Moscow will be indeed the favourites on Saturday, but the muddy field, and the fact that the game will be held in Rostov, will give Rostov a real chance for an upset. Also Rostov coach Berdyev has proven in the past that he can upset favourites. In 2009 Berdyev coached Rubin Kazan to a 2-1 Champions League victory at Camp Nou, and in 2013 Berdyev’s Rubin Kazan managed a 2-0 Europa League victory over Atlético Madrid at the Estadio Vicente Calderón.

Despite all the financial problems Berdyev’s Rostov team have already defied the odds on several occasions this season, and it would not be a huge surprise if they can defeat CSKA on Saturday, which will bring them level with CSKA Moscow on top of the table, and continue Rostov’s dream of qualifying for European football next season. Whether UEFA will accept Rostov’s financial history will of course than become a different story…