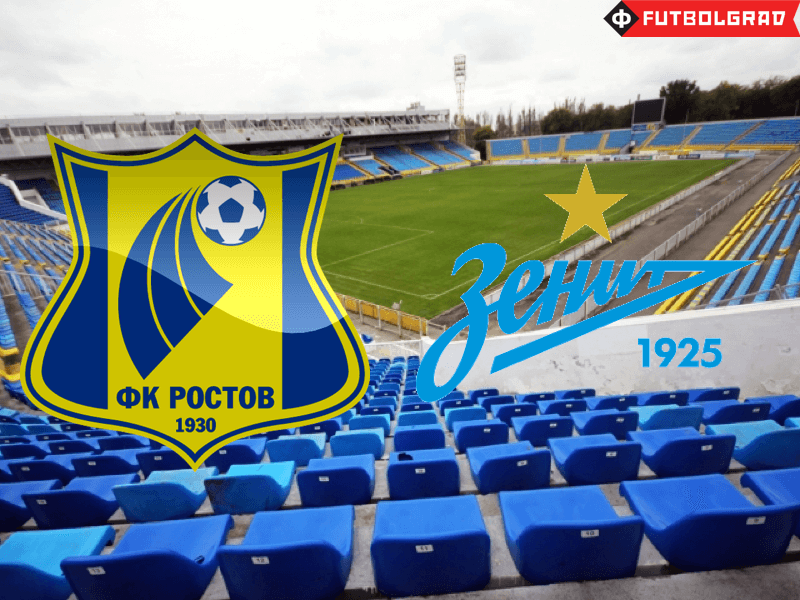 Our match of the weekend takes us to the Russian Football Premier League where FC Rostov will entertain Zenit Saint Petersburg in Rostov-on-Don. FC Rostov vs Zenit sees first-placed Rostov square of against third-placed Zenit, in a match where the two teams are only two points apart—Rostov have 48 points, and Zenit has 46 points.

Rostov have been the biggest surprise package of this season, as the club has been in the top pack of the league since before winter break, despite financial problems (more about that here).

Yet Rostov coach Kurban Berdyev has done wonders with a squad that could at best be described as limited. Rostov’s rise to the top has led to comparisons with Leicester’s unlikely championship run in the English Premier League. The Russian media has even nicknamed Rostov Leicester-on-Don.

The comparison in some ways, however, does neither team justice, as Leicester—thanks to a massive new Premier League television deal—unlike Rostov does not have to deal with financial uncertainty. At one point this season Rostov players even boycotted a Russian Cup match because they had gone without pay for several months. It is hard to believe that a club in England would be as competitive under similar circumstances.

Furthermore, it is difficult to compare both leagues, as the English Premier League has been the most difficult league in Europe when it comes to small clubs breaking into the top four. Two clubs—Zenit and CSKA Moscow—on the other hand have dominated the Russian Premier League.

You Can’t Compare Russia with England

In the last two years only FC Krasnodar threatened to break the balance of the two clubs by finishing in the top two. Furthermore, financially only Lokomotiv and Spartak Moscow can compete with either Zenit or CSKA. But poor decisions with coaches and players at both clubs have meant that neither Lokomotiv nor Spartak were able to put up consistent performances to threaten the current equilibrium. Lokomotiv, furthermore, are currently under Financial Fair Play investigations, which has meant that they had to be extremely cautious about making further investments (more about this here).

The rest of the league mostly consists of teams that find themselves in a similar financial situation than Rostov. Yet Rostov were able to bring in Berdyev, who is known for getting results even under the toughest of circumstances.

Another reason for Rostov’s rise to the top has been the inconsistency of CSKA Moscow and Zenit this season. In November it appeared that CSKA Moscow would run away with the league title. But poor form both before the winter, and since Christmas has meant that Rostov has been able to overtake the army club.

Sunday’s opponent Zenit, which thanks to their owner Gazprom is by far the richest club in the country, had a miserable first half of the season, and appeared all but out of the championship race. Since the winter break, however, Zenit has been outstanding.

FC Rostov vs Zenit – Time For Saint Petersburg to Reclaim the Top Spot?

Indeed their current form makes it likely that Zenit could end up defending their Russian championship title, something that seemed out of question just a few months ago.

Last week Zenit played Spartak Moscow at the Petrovsky, and the match was a demonstration of strength as the Petersburgers brushed aside Spartak by winning the match 5-2. Just two weeks prior Zenit, on April 3, Zenit entertained CSKA Moscow in a match that they also won in convincing fashion 2-0.

Zenit’s attack has been especially impressive as both Artyom Dzyuba (12 goals) and the Brazilian Hulk (13 goals) are in the top ten of the scoring chart at the moment. Together Hulk and Dzyuba together have been cornerstones for Zenit’s winning streak, which now extends to six matches—they haven’t lost a match since being eliminated by Benfica Lisbon in the Champions League.

Zenit’s good run of form also make them the favourite for Sunday’s clash against Rostov, and depending on the CSKA Moscow’s result against Rubin Kazan—the game will take place on Saturday—Zenit might finish week 25 of the Russian Football Premier League at the top of the table.

At the same time most neutral fans will cheer on Rostov to continue their run, and perhaps with a little luck Rostov will gain an unlikely win against Russia’s biggest club.