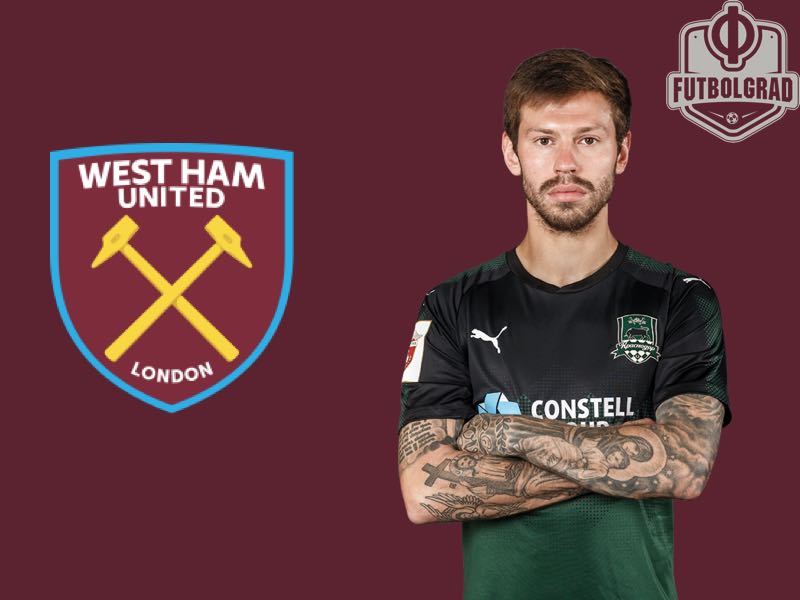 Fedor Smolov – What is in the Cards for Russia’s Best Striker?

Fedor Smolov is once again the hot topic of a Russian Football Premier League transfer window. Russia’s best forward has been recently linked with a whole army of clubs among them West Ham United and Russia’s richest club Zenit Saint Petersburg. In recent transfer windows, Fedor Smolov had been linked to a whole army of clubs including Germany’s top club Borussia Dortmund.

Fedor Smolov has been playing for Krasnodar since 2015 when he joined the club from Dinamo Moscow. The move saw an end to a journeyman career that is quite common for young Russian strikers, who often find it difficult to break into the league. Stints abroad at Feyenoord and Russian clubs Dinamo, Anzhi and Ural highlight an unsettled youth career.

Stability came in Russia’s south at Krasnodar. In 2015-16 Smolov scored 20 goals in 29 games and won the Golden Boot for the best forward in the league. The forward became the most significant revelation in Russia and started to challenge for the attacking spot in Russia’s national team a position he cemented after he scored 18 goals in 22 games last season.

Then at the 2017 FIFA Confederations Cup Smolov was one of the few Russian players, who did not disappoint. Firmly established as the number one striker in the Sbornaya Smolov scored the second goal in Russia’s 2-0 win over New Zealand in the opening match of the tournament. Two defeats in the following games against Portugal, as well as Mexico, meant an early exit and Smolov was shown with tears in his eyes at the centre circle of the field.

After all, the tournament in Russia was supposed to become his big breakout moment. At this point, many believed that a move to Europe would follow with Borussia Dortmund a likely destination. But Dortmund never sold Pierre-Emerick Aubameyang, and Russia’s early exit meant that many scouts doubted the abilities of all Russian players.

That certainly does not seem fair given his limitless talent, and Smolov showed that he is not he did not let the situation get to him by contributing ten goals in just 13 games this season. It is, therefore, no surprise that the likes of West Ham United are interested in signing the forward.

West Ham United are in a precarious situation at the moment and checking the latest offers at freebets.org that with Premier League fixtures coming thick and fast the Hammers are in dire need of some assistance up front. Currently, 15th in the table just two points on top of the drop zone the club managed by David Moyes are in dire needs for some goals and are, according to some reports, willing to pay €17 million to sign the striker. 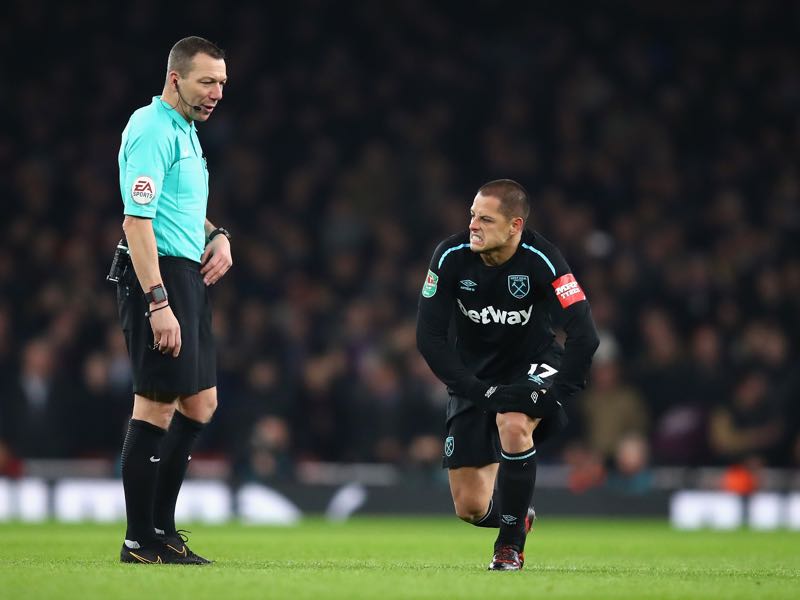 Chicharito has struggled at times for West Ham United this season. (Photo by Julian Finney/Getty Images)

West Ham United signed Mexican striker Javier, Chicharito, Hernandez last summer from Bayer Leverkusen. Many believed that Chicharito would be a perfect fit for West Ham United. The Mexican forward was supposed to blossom in London’s cosmopolitan lifestyle and resurrect his career once again. But the Mexican striker never really adapted to life in the English Premier League. Furthermore, Hernandez also struggled under Moyes during their time together at Manchester United and only started five times under the manager during the 2014-15 season.

As it turns out, Chicharito might be a perfect fit for the city of London, but he is not a player made for the relegation dogfight in the English Premier League. A forward that breaks the lines between an attacking midfielder and a real number 9 Chicharito is an artist, who needs to be given time and space to be truly effective. Those are luxuries, however, are rare in the fight for survival in a league that these days exists between haves and have-nots.

Smolov would perhaps be better suited for this kind of forward. A powerful striker the Russian would undoubtedly buy into the high work rate demands of the lower half of the EPL. But the question is would Smolov risk a move to a club fighting against relegation less than six months before the 2018 FIFA World Cup in Russia.

Those close to the forward have their doubts. Smolov would have to be operational right away, and with the RFPL on winter break since early December, the forward would need some time to adapt. Time that he would not have at the moment. Hence, it was no surprise when his agency announced yesterday that although they are negotiating with West Ham, they are also looking at other options.

That other option could very well be Zenit Saint Petersburg. Russia’s richest club has no problem paying the sort of fees that West Ham are willing to pay at the moment. Furthermore, regarding salary Smolov would earn the same as in London, but with a lower tax rate. The question, therefore, is what is on Smolov’s agenda at the moment.

Would he move abroad and potentially risk his World Cup spot? Will he take the safe option and move to Zenit and help the exciting Roberto Mancini project? Or is there perhaps another option? Time will tell of course, but for now, it appears some of the cards are on the table and it will be up to the Russian forward to make his move.