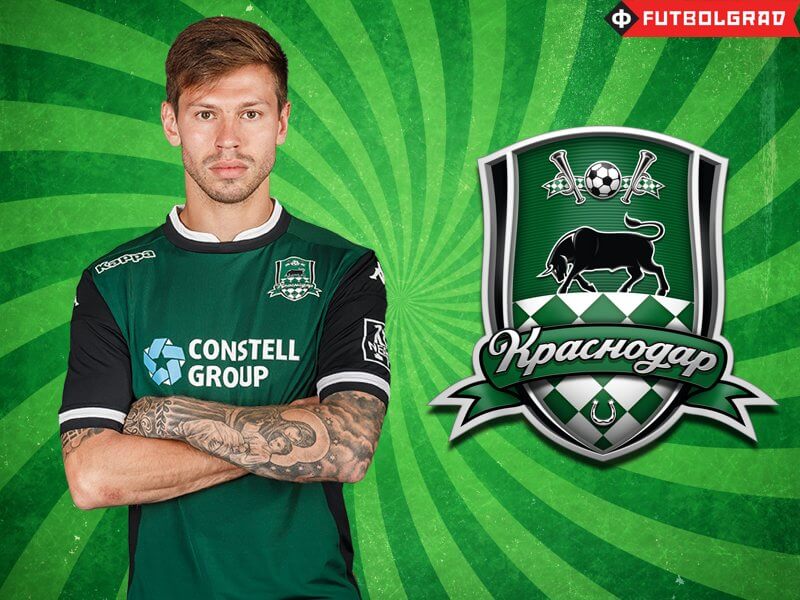 FC Krasnodar have slowly crept up to the top of the Russian Football Premier League (RFPL) table. Depending on Rostov’s and Zenit Saint Petersburg’s results in the last two matches, Krasnodar could still secure the number two spot in the table, and qualify for the UEFA Champions League.

Krasnodar are six points behind league leaders CSKA Moscow, and could therefore mathematically draw even on points with CSKA. The RFPL uses matches won as the first tie breaker if two clubs are even on points, and Krasnodar has won 15 matches this season compared to CSKA’s 18.

Aside from reaching the Champions League, Krasnodar could also still win an individual title, as the club’s main striker Fedor Smolov has been the club’s best player since the winter break, and with 20 goals has a good chance of winning the top goal scorer award in the RFPL this season.

Smolov has scored four more goals than Spartak Moscow’s Dutch striker Quincy Promes, and with just two outstanding matches Smolov seems likely to walk away with the award. In fact Smolov is one of the main reasons that Krasnodar is once again in Champions League contention, as the club struggled at the beginning of the season, and seemed certain to be left out of a European qualification spot.

Part of Krasnodar’s problem was the fact that UEFA deemed Krasnodar in breach of Financial Fair Play regulations before the season. But unlike Dinamo Moscow, Krasnodar were able to reach a settlement agreement with UEFA, which allowed Krasnodar to participate in European competitions if they accepted heavy transfer market restrictions.

Hence, Krasnodar searched the market for relatively cheap players. One of those players was Fedor Smolov, who was owned by Dinamo Moscow but loaned out to Ural Yekaterinburg last season. Smolov scored eight goals in 22 matches for Ural last season, and it was apparent that the then 25-year-old still had potential to grow his game at a more competitive club.

Dinamo Moscow’s financial problems, as well as their ban on European football meant that Krasnodar could sign Smolov on a free transfer on July 1 2015.

Krasnodar and Smolov struggled before the Winter Break

Yet Smolov struggled to discover his goal scoring touch for his new club in the beginning of the season. Smolov scored just six goals in the first 18 matches of the RFPL season. Smolov also struggled in the Europa League, as he managed just one goal in eight appearances.

Yet those who watch the RFPL know that Russia’s top division is effectively divided into two championships—one before the winter, and one after the winter. While the long winter break is a disadvantage for Russian clubs in European competitions it does help the big clubs to regroup from a bad start into a season—both Krasnodar and Zenit are great examples of this.

Somewhere during the long winter break, Krasnodar’s head coach Oleg Kononov was able to find a tactic that could more effectively utilize Smolov’s strengths. While the striker was mostly used as a left-winger before the winter break, Kononov moved him to the centre—at the expense of the Brazilian striker Ari, who managed just five goals in 20 matches this season.

The result has been astonishing, as Smolov has scored 14 goals since the winter break, scoring 13 goals in the last eight games. Smolov could now become the first Russian player since 2007 to win the top goal-scoring award in the RFPL—in 2007 Roman Pavlyuchenko and Roman Adamov won it with 14 goals each.

How will Fedor Smolov fit into the Sbornaya?

Smolov’s goal scoring record has also meant that the striker is now the top candidate to lead Russia’s striker line at the European Championships in France this summer. Smolov’s main rival up front, Artem Dzyuba, has scored 14 goals so far this season. But unlike Smolov, Dzyuba has also been outstanding in the Champions League group stage, which could give the Zenit Saint Petersburg a small edge when Russia’s coach Leonid Slutsky has to decide his starting line-up for the tournament in France.

Smolov’s advantage, on the other hand is his flexibility, as the striker is also able to play as a left-winger. Smolov managed six goals in 12 matches as a left-winger for Krasnodar this season. In fact the 187cm tall striker can often be found tanking down the left wing just to cut in at the last moment to look for a finish with his stronger right foot—a technique that is also often used by Bayern Munich’s Arjen Robben or Dynamo Kyiv’s Andriy Yarmolenko.

The downside to this tactic would be that Smolov is relatively poor at crossing the ball, and that Slutsky would have to sacrifice Zenit Saint Petersburg winger Oleg Shatov, who has played his best games for Zenit as a left-winger or a left forward this season, and is much better at crossing the ball—he also plays at the same club as Dzyuba.

It is therefore no surprise that Dzyuba has been relatively relaxed when it comes to Smolov’s recent goal scoring prowess. Asked whether he feels uncomfortable about Smolov’s form Dzyuba answered Sports.ru “I always have competition in the Sbornaya [Russia’s national team]. Why would someone say that I would be uncomfortable with that?”

This is a comfortable situation for Slutsky, however, as Dzyuba has long been, in my opinion rightfully so, accused of sloppy play. The Zenit striker is without a doubt talented but often fails to track back, which causes his team to fall into the offside trap—for a case study view Zenit’s Champions League quarterfinal elimination against Benfica Lisbon. In Smolov, Slutsky doesn’t just have a backup to Dzyuba but perhaps an upgrade, as the Krasnodar striker is far more industrious in his game than Dzyuba.

Finally when it comes to strikers it is hard to argue with actual goals scored, and Smolov’s run has turned heads both in Russia and abroad. In a recent poll conducted by Sports.ru amongst its readers, the result is that Smolov is viewed as the best player of the RFPL at the moment—he received 63% of the vote. Furthermore, his agent German Tkachenko told Sports.ru that “if Smolov plays a good European Championship there will be plenty of interest for him from top European clubs.”

Fedor Smolov is currently valued €5 million by transfermarkt.de, and it is likely that his value will only increase in the coming months. Krasnodar’s management of course hope that Smolov will remain with the club, and reaching the Champions League would be a good argument to convince him to stay. One thing is for certain Smolov will have done his part if Krasnodar reaches the second spot in the RFPL.