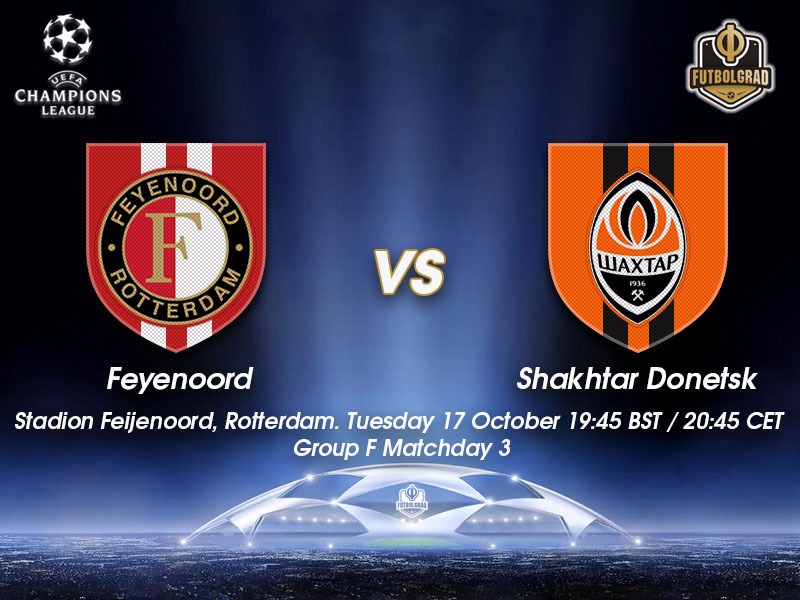 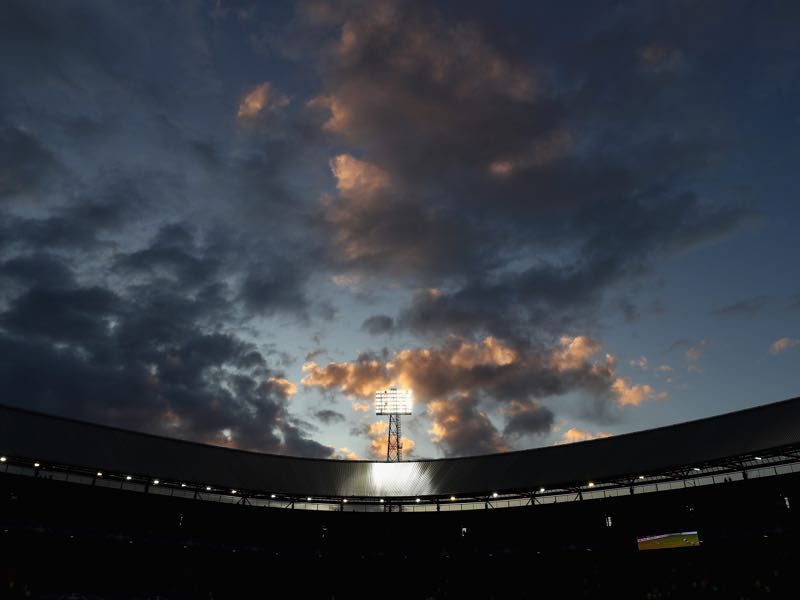 Feyenoord vs Shakhtar will take place at De Kuip in Rotterdam. (Photo by Michael Steele/Getty Images)

Matchday 3 of the UEFA Champions League will see Shakhtar Donetsk travel to the Netherlands where they will face Feyenoord at Rotterdam’s De Kuip. Shakhtar had a solid start in Group F beating Napoli 2-1 at home before losing 2-0 at the Etihad in what was a relatively tight affair against group favourites Manchester City.

Shakhtar’s performances in Group F this far have in fact meant that the Ukrainian side are slight favourites over Napoli to advance to the round of 16 ahead of Napoli. Guided by the Portuguese coach Paulo Fonseca Shakhtar show glimpses of the team that dazzled many in Europe a few years ago when the Romanian Mircea Lucescu was in charge of the club. Well organised in the back with brilliant and lightning fast players up front Shakhtar might still be the best club side coming out of the post-Soviet space.

That in itself is a remarkable achievement given the political situation in Donetsk. Shakhtar have now been forced into exile for the fourth season in a row. After playing two and a half seasons in Lviv, the club has now found a more suitable home in Kharkiv. It appears the move has given both the club and its players a big boost. Shakhtar are once again top of the league and look like a contender in the Champions League as well.

Heading to Rotterdam Shakhtar will now attempt to cement this appearance with another victory. On paper, Shakhtar should be the favourites against the Dutch champion. Rotterdam have a good side, but have not appeared in the Champions League since the 2002-03 season and are showing the typical symptoms of a team still getting used to the rhythm of playing on the weekend and midweek. Shakhtar’s experience of playing in Europe should, therefore, give them an edge. But the Ukrainians have never beaten a Dutch side, and they will now have to show that they cannot only cement their good start in Group F but also beat history.

Feyenoord vs Shakhtar Donetsk – Players to Watch Out For

In 2015 Steven Berghuis joined FC Watford from AZ Alkmaar after scoring eleven goals and five assists in 22 Eredivisie games. What followed was a miserable season in England and escape back to the Netherlands where Berghuis joined Feyenoord in 2016. First signed on loan Feyenoord made the deal fulltime after an impressive season where Berghuis has scored seven goals and six assists guiding Feyenoord to the Dutch championship. The right-winger is now looking to build on last season and has already scored six goals and one assist in six Eredivisie games this season. 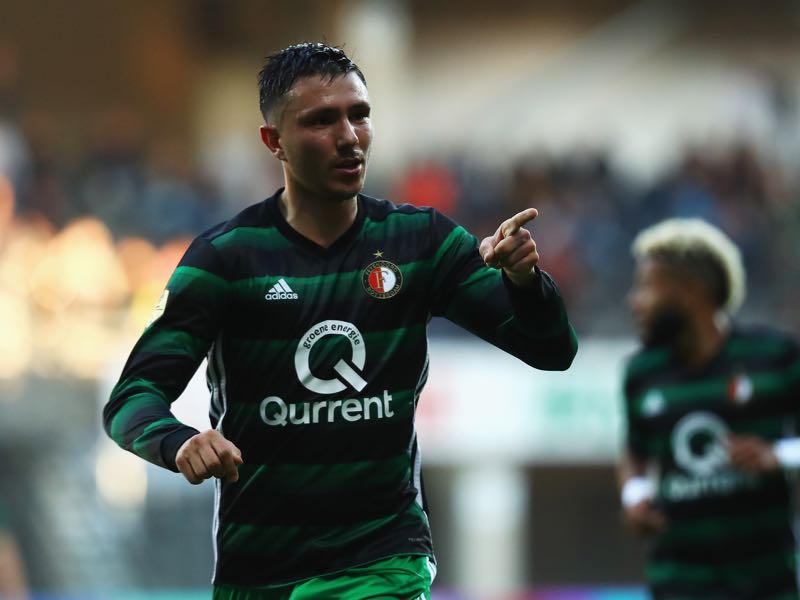 With six goals in eleven games, Facundo Ferreyra is Shakhtar Donetsk’s top scorer this season. The Argentine forward is one of many players, who benefitted from Shakhtar’s coaching change that saw Mircea Lucescu leave and Paulo Fonseca come in in the summer of 2016. The Portuguese coach has regularly used Ferreyra upfront preferring a breaker to complement the technical gifted attacking midfielders Taison, Bernard and Marlos. Ferreyra’s tall frame and muscular appearance make him a perfect target man. But the right-footed striker is showing this year that he can do more than just hold the ball scoring frequently himself.