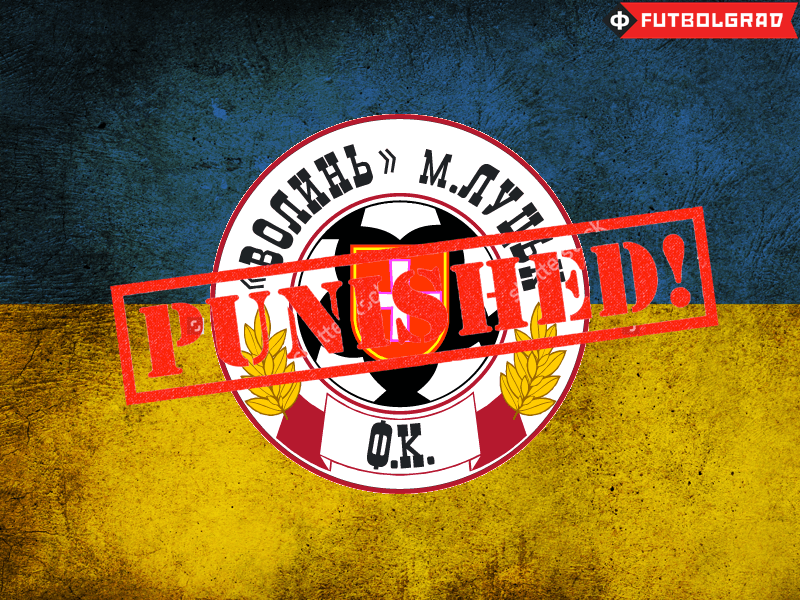 Volyn Lutsk have become the latest Ukrainian club to experience severe financial difficulties, and are the first in recent years to face punishment for outstanding debts.

On January 22, the disciplinary committee of FIFA issued Volyn a twelve point deduction for non-payment of wages owed to former players Issa Ndoye and Dušan Savić. Ndoye, a Senegalese goalkeeper who was at Volyn from 2009-11, did not report to their summer training camp in 2011 and left the club despite still being under contract. Ndoye then filed a complaint for nonpayment of wages, with FIFA, against his former club.

The situation with Savić is similar: The Macedonian striker left Volyn in the summer of 2013. He later stated that he had not been paid in four months, and that the club had failed to respond to his letter in which he had demanded the unpaid wages. Savić then also decided to file a complaint with FIFA.

FIFA sided with the players in both cases and, as Volyn Lutsk have not complied with the decisions, they have been deducted twelve points and have fallen from fifth to ninth place. A spot in European competitions next season is now out of the question.

On January 22, Petro Ivanov, general director of the Premier League, told the television channel Futbol, that the league would be willing to provide legal support in the event that Volyn decides to file an appeal, but that he had not heard from club officials.

As of Sunday, no Volyn Lutsk officials have commented on the decision, but it is clear that the financial state of the club is deteriorating. The club had planned to travel to Turkey for their winter training camp, but that has now been postponed indefinitely. A source involved with the organization of training camps in Turkey for Ukrainian clubs informed Sport Arena, “The reason for delaying the Volyn training camp is commonplace—the team does not have the finances to pay for flights and accommodation.”

Midfielder Vyacheslav Sharpar has already left the club on a free transfer to Kazakh side FK Atyrau. When asked how long he had been playing without receiving wages, Sharpar responded: “Let the management talk about this. Regarding the wages and bonuses, out of what they promised they have paid nothing. That’s how things are.”

The only person at the club who has discussed the recent events in any detail is midfielder Serhiy Kravchenko, who was interviewed by Matchday on the subject. When describing the team’s reaction to the news, Kravchenko said: “It’s unpleasant, of course. It’s difficult to grasp it, this means that it’s unclear for what we’re playing and for what we’re fighting. Basically, we already suspected that such sanctions would be applied, as the press has already discussed this. But we have no choice but to train and continue preparing for the season.”

Things may only get worse for Volyn. They still must pay Savić and Ndoye or risk further sanctions and, given their financial state, the latter scenario appears more likely. In fact, highly-regarded journalist Artem Frankov believes that the club could even end up being relegated.

Volyn’s situation is hardly unique, but the fact that it is FIFA that is imposing this decision, rather than any Ukrainian authorities, indicates how clubs within the country operate with impunity and face no sanctions, despite the massive debts owed their players. For Volyn, however, there have been serious consequences—and their Premier League future is now uncertain.