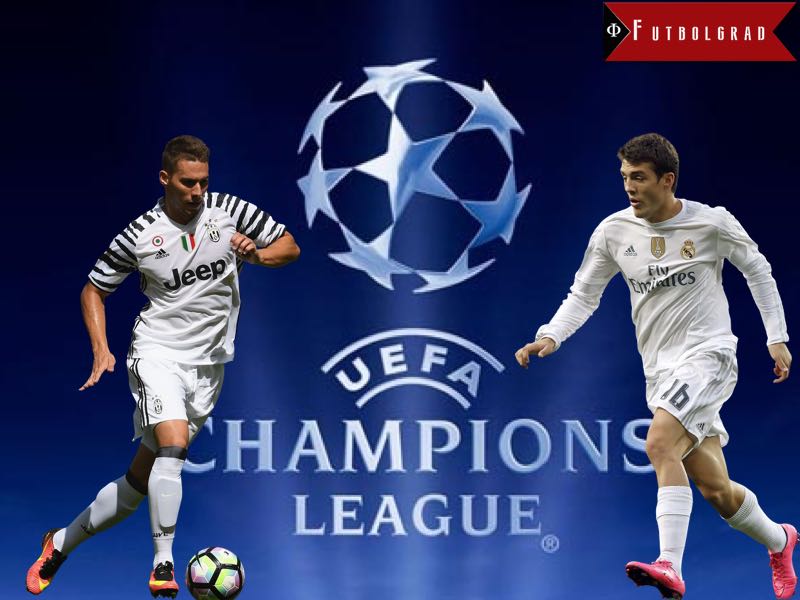 Rostov will, therefore, join the likes of Zenit Saint Petersburg, Krasnodar, and Shakhtar Donetsk in what will be an absorbing knockout stage in the Europa League for Futbolgrad readers. 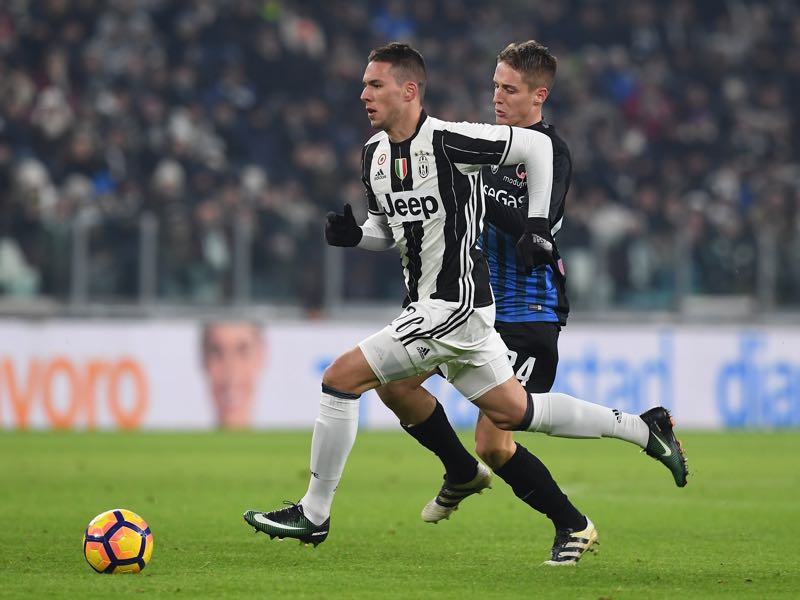 Marko Pjaca (L) of FC Juventus is challenged by Andrea Conti of Atalanta BC during the TIM Cup match between FC Juventus and Atalanta BC at Juventus Stadium on January 11, 2017 in Turin, Italy. (Photo by Valerio Pennicino/Getty Images)

The Croatian midfielder Marko Pjaca, who is a Dinamo Zagreb youth product, joined Juventus Turin in the summer of 2016 for €23 million. Pjaca was impressive for his country at the European Championships in France. The left-winger complimented Croatia’s forward line, which also included the likes Ivan Perišić, Ivan Rakitić, and Mario Mandžukić. Pjaca was outstanding in the final group stage match against Spain, which ended in a surprise 2-1 victory for his country. Croatia was then somewhat unfortunate to be eliminated by Portugal in the round of 16.

Now at Juventus, Marko Pjaca is still trying to establish himself in the first squad with Juventus head coach, Massimiliano Allegri, who often uses Pjaca from the bench. Given the fact that Pjaca suffered an injury in the first half of the season, eight games in the Serie A and two games in the UEFA Champions League are a decent return given the depth of Juventus’ squad. There is no doubt, however, that the massively talented winger has a bright future, perhaps as early as in the round of 16 in the Champions League when Juventus face Porto. 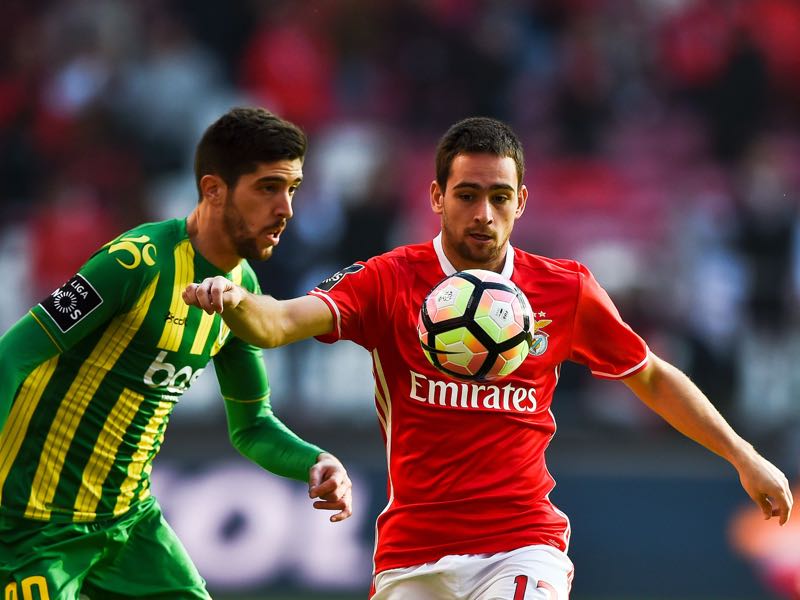 Last season was a tough period for the Serbian wunderkind. A contract dispute and third party ownership of his contract meant that Živković was banned from Partizan’s first team in the second half of last season. A free transfer to Benfica in the summer followed, and Živković began down the long path toward rebuilding a career that had once started with so much promise.

Admired for his free-kick taking, speed, and skill with the ball, Živković was 17 when he became the youngest-ever player to play for Serbia. Before his suspension, Živković made 63 appearances and scored seventeen goals for Partizan Belgrade. Now at Benfica, the club have been slow to integrate the Serbian star in the first squad, and instead, in his first few months at Benfica, have mostly used him in the development squad.

But his star seems to have been on the rise since the New Year. Živković has now started in three consecutive league games for Benfica, and it is expected that he will get a start next week against Borussia Dortmund. 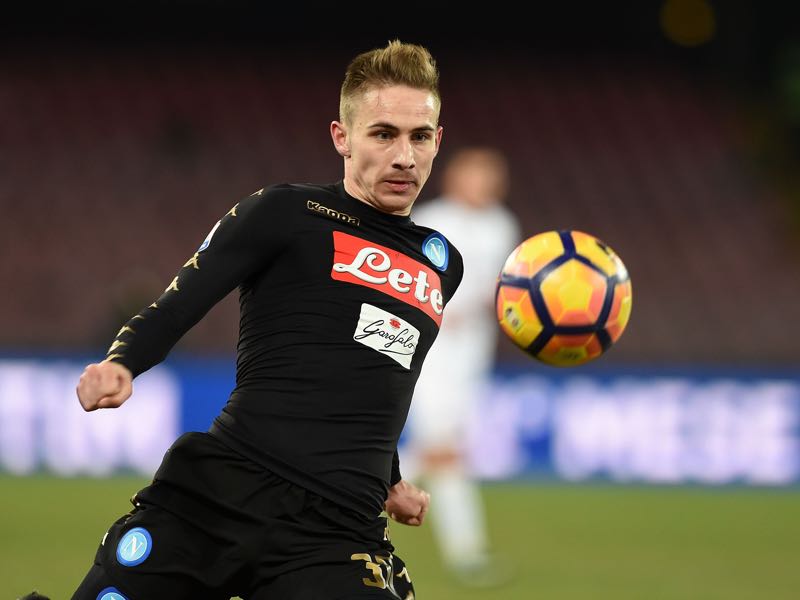 Marko Rog of SSC Napoli in action during the TIM Cup match between SSC Napoli and AC Spezia at Stadio San Paolo on January 10, 2017 in Naples, Italy. (Photo by Francesco Pecoraro/Getty Images)

Marko Rog is one of the five players to look out for in the round of 16. The young Dinamo Zagreb product who is expected to make a major impact on international football in the future. Signed by Napoli late in the summer transfer window, Marko Rog was part of Croatia’s European Championship squad in France last summer. Although he only played once, in Croatia’s sensational 2-1 victory over Spain, Rog was able to impress the scouts with his mature decision making ability in midfield.

He then started the 2016-17 season with Dinamo Zagreb and helped the club of his youth to reach the group stage of the UEFA Champions League group stage. Subsequently, on August 29, two days before the closing of the winter transfer window, Rog joined Napoli. There he has had very little impact thus far, only featuring in four games, or 48 minutes, for the south Italian side. With Napoli facing a mission impossible against Real Madrid Rog will only have an outside chance to feature in the round of 16. But then again, Rog showed at Euro 2016 in France that he can be a force against Spanish sides. 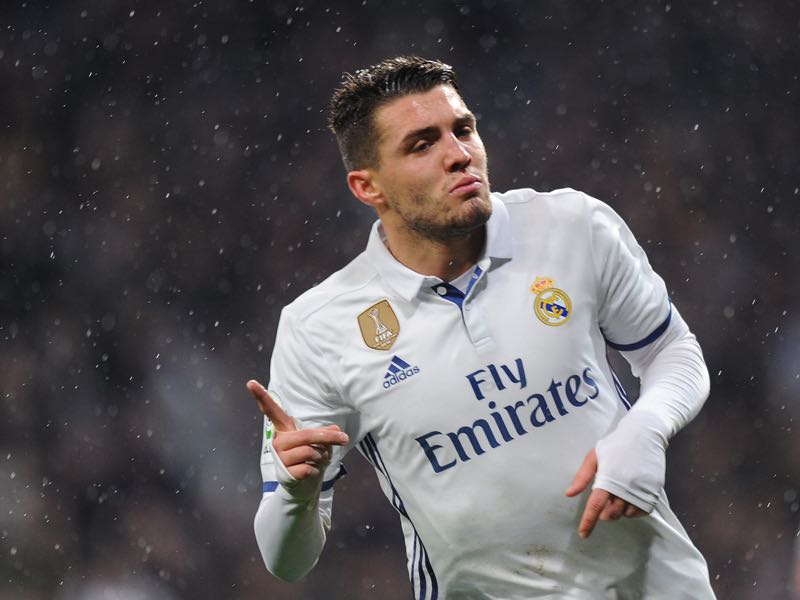 Mateo Kovačić is another Croatian talent who could make a major impact on the round of 16 of the UEFA Champions League, and one of the five players to look out for. A product of Dinamo Zagreb, Kovačić joined Real Madrid in the summer of 2015 from Inter Milan. He then won the Champions League in his first season with Real last season. A defensive and central midfielder, Kovačić has featured regularly for Real Madrid this season due to the injury to his countryman Luka Modrić.

The 31-year-old Modrić has been one of the key players for Real Madrid’s midfield, but, with the Croatian midfielder showing his age, Kovačić has been understood to be the long-term replacement for Modrić. A compact defender who combines technique with physical elements, Kovačić is supposed to the defensive counterpart to Toni Kroos who is the heart and soul of Real’s game. Kovačić’s performance will be key, therefore, when Real travel to Italy in the round of 16 to play in one of the most difficult venues in European football: the Stadio San Paolo in Napoli. 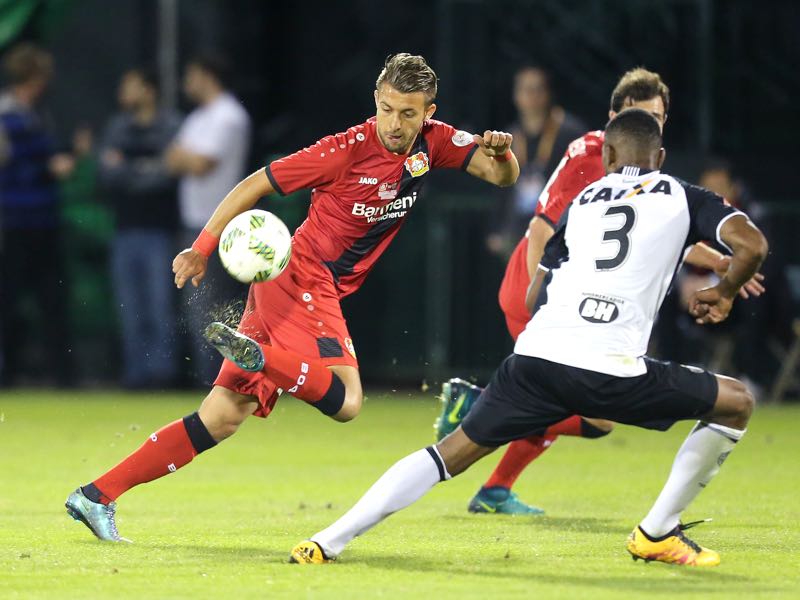 Vladlen Yurchenko #35 of Bayer Leverkusen dribbles the ball against Jesiel #3 of Atlético Mineiro at ESPN Wide World of Sports Complex on January 11, 2017 in Kissimmee, Florida. (Photo by Alex Menendez/Bongarts/Getty Images)

Ukraine’s only side, Dynamo Kyiv, were eliminated in the group stage of the Champions League. But this does not mean that the post-Soviet republic will not be represented in the round of 16 of the UEFA Champions League. Shakhtar Donetsk product, Vladlen Yurchenko, in fact, has a good chance to feature prominently for Bayer Leverkusen in the round of 16 matchup against Atlético Madrid.

The 23-year-old, who joined Bayer from Shakhtar Donetsk in the summer of 2014, has managed only two starts in the Bundesliga this season. After suffering a major injury early in the season, Yurchenko missed most of the Hinrunde in the Bundesliga. He then featured prominently in Bayer Leverkusen’s victory against Schalke on matchday 14 and the 1-1 draw in the derby against Köln on matchday 16. Now, with Hakan Calhanoglu suspended for four months, Yurchenko may have a good chance to feature against Atlético in the round of 16 of the Champions League, and is one of our five players to look out for.

Loading...
Newer Post
Five Players to look out for in the Round of 32 in the Europa League
Older Post
Philipp Lahm – How will his Retirement Impact Bayern?