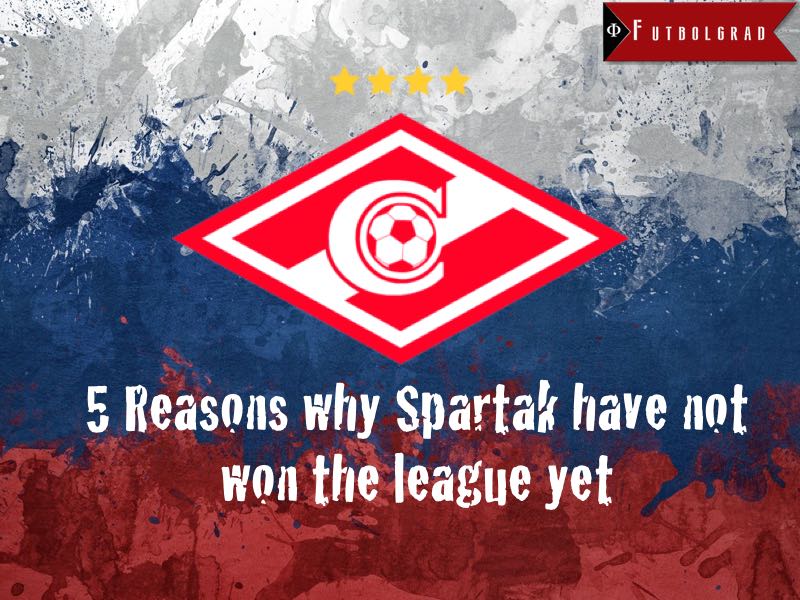 Five reasons why Spartak have not won the league yet

So Spartak Moscow go into the winter break as favourites to win the Russian Football Premier League—they are five points ahead of nearest rivals Zenit Saint Petersburg, and when the season resumes in March there are just thirteen more games. In both the Russian and English-language football media some have already claimed the league title is a done deal.

At this point I should declare an interest (I have been a Zenit fan for nearly 20 years), but I am less positive about Spartak keeping ahead for those thirteen games or, to put it another way, 39 points. And here’s why:

There is no doubting it, Carrera has done a magnificent job at Spartak. Also we should not underestimate the experience he’s gained as an assistant at Juventus (plus a short period as caretaker manager) and with the Italian national team. His charisma has gone down well with fans and players alike, and from the outside it appears he’s adapted well to life in Russia.

But at some point things will go wrong. A couple of poor results that allow Zenit to draw close, a fall out with key players, excessive meddling from above. It would be interesting to see how this relatively inexperienced leader pulled a situation like that around, and he probably wouldn’t get long to do so. 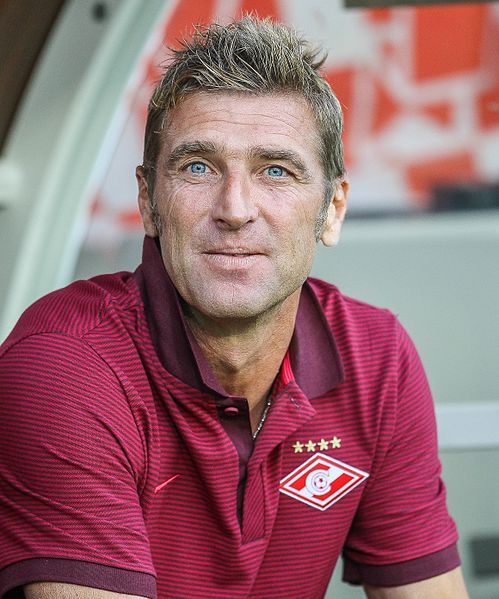 Many other foreign coaches have soon fallen by the wayside: Murat Yakin and Unai Emery (Spartak), and Artur Jorge and Zico (CSKA Moscow) all started reasonably well but things turned against them and they lost their jobs within a year. Carrera has so far proved superior to any of these, but nevertheless club owners in Moscow tend to quickly pull the trigger on foreign managers if things go wrong.

Weather conditions in Russia necessitate a long break during the winter. For example, this season Round Seventeen took place in early December and Round Eighteen will not take place until early March. The time in between is taken up with overseas training camps and pre-season tournaments.

A key issue for managers is maintaining players’ form and fitness so they are peaking again by late February. Such a long break comes with the risk of players’ conditions peaking and dropping again several times over.

André Villas-Boas seemed to fall foul of this at Zenit Saint Petersburg last season, as despite a strong Autumn showing, his side capitulated tamely in the Champions League in spring. Carrera does not have the experience of this, though his opposite number at Zenit, Mircea Lucescu, has been through the winter break many times over with Shakhtar Donetsk (the Ukrainian Premier League has a similarly long break).

Spartak will need to come out of the blocks well in their early March, and start with a tough game away at FC Krasnodar. Zenit also start with a difficult match (away at CSKA Moscow), but have the advantage of a Europa League tie in February to help build match fitness.

Despite the strong position they find themselves in, Spartak’s season began with some turmoil. Former playing legend Dmitriy Alenichev started as manager, but resigned after just one round following a disappointing Europa League exit to AEK Lanarca. Carrera was the new assistant at the time, and took over as caretaker and then manager permanently.

The pre-season preparation was therefore largely down to the former boss. Carrera has undoubtedly maintained the momentum, but whether this is Alenichev’s well-prepared team being managed by someone else or actually Carrera’s team independent of Alenichev is not entirely clear. We do not therefore have a clear picture of the latter’s true managerial ability.

In terms of new faces, Spartak have got out of the blocks early by bagging Aleksandr Samedov from Lokomotiv Moscow. If they end up paying the full cost of his release clause (€5 million), however, then he will be overpriced (though not a huge chunk of their reported €25 million transfer budget). Samedov will certainly add value down the right wing; playing some of his best football this season, but he would not be a replacement for Quincy Promes, who may move to a stronger league during the transfer window. There are also rumours that defenders Salvatore Boccetti and Serdar Tasci may both move to Turkey.

Zenit, on the other hand, seem unlikely to sell any first-team players. They will reinforce in the goalkeeping area, and have been linked to both Anzhi Makhachkala’s Aleksandr Belenov and Rostov’s Soslan Dhzanaev. Spartak might have bought – along with Samedov – Amkar goalkeeper Aleksandr Selikhov, though Dzhanaev (a former Spartak player himself) would be a superior signing. 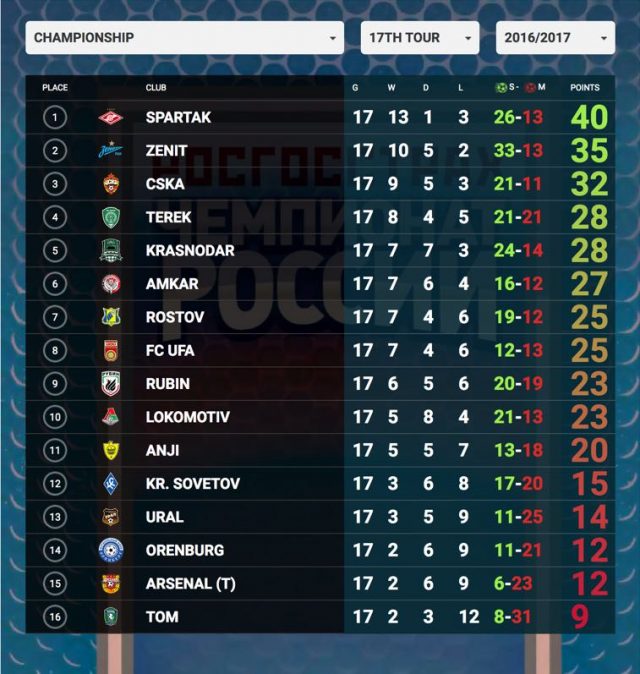 Gazprom Chairman Aleksey Miller has reported himself satisfied with new manager Lucescu’s performance and has promised funds for at least two new signings. Given the almost bottomless pit of money available at Zenit, don’t bet against one of those costing most than Spartak’s entire transfer budget.

In early December Radio Mayak reported a disagreement between Carrera and the club’s leadership over transfers. Though denied by the club, the report suggested that although Carrera had wanted to sign Samedov he had not wanted Selikhov or other names being suggested in the press.

There may be nothing in this, of course, though the fact that Carrera is trying to bring in Giovanni Rossi from Sassuolo as Director of Football to deal with transfers suggests he has been feeling some pressure in this area. Whatever the case, the relationship at Zenit between manager and those above him seems smoother.

More than anything, what I have written above is a pause for thought given the optimism currently around Spartak. All clubs sell good players, and all have managers that fall out with those around them—but join all of the factors together and the picture becomes slightly more concerning.

Having said that, one thing is in no doubt the return of Spartak to the top of the Russian Football Premier League is a welcome sight in Russian football, a sign that things are returning to normal at the club and that going forwards there will be one more strong challenger to Zenit, CSKA Moscow and Krasnodar.

Saul Pope has been following Russian football since the mid nineties, and first saw a live game in 1998 (Zenit Saint Petersburg vs Shinnik Yaroslavl’). He has been contributing to When Saturday Comes magazine for over a decade, with a particular focus on social, economic and political issues surrounding the game in Russia and, to a lesser extent, Ukraine. He has a particular passion for teams in and around St. Petersburg. A fluent Russian speaker, he graduated from the University of Surrey with a Master’s degree in the language. He lives in the UK, but travels back to Russia on a regular basis. You can follow Saul on Twitter @SaulPope.