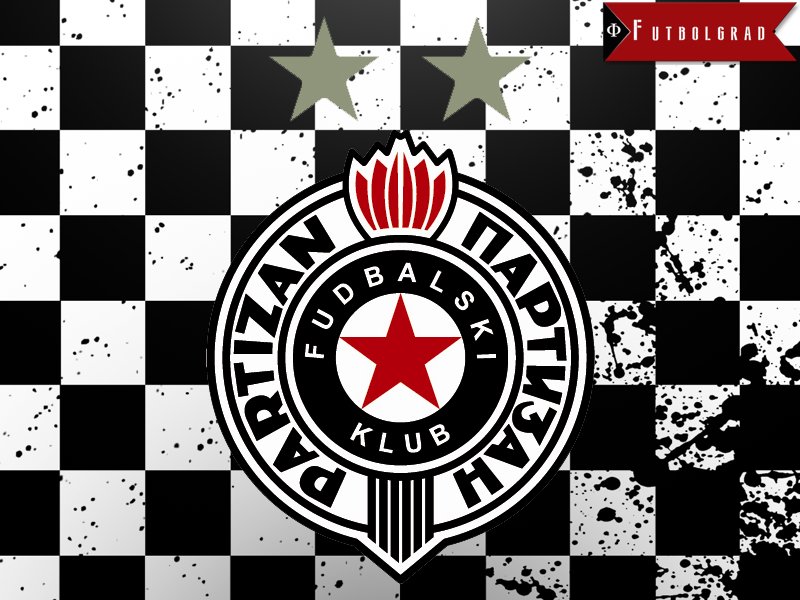 Summers in Serbian football traditionally offer plenty of excitement—unfortunately most of them end in utter disappointment.

This year was such a summer for Serbian football heavyweights FK Partizan Belgrade, who took their fans on a rollercoaster ride throughout the season.

It all started in October 2015, when Partizan named former striker, Ivica Iliev, its sporting director. Although he was brought in with the promise of a fresh beginning that included changes to the squad and to the team’s identity, so far, Iliev has failed to live up to expectations.

One of his first moves as a Partizan Belgrade executive was to surround himself with a team of well-known faces who enjoy the trust and respect of Partizan supporters.

One such name was club legend and former Roma midfielder, Ivan Tomić, whose arrival, at the helm of the club in December 2015, was seen as a positive move despite his lack of high-level managerial experience. His commitment to club’s cause and his understanding of Partizan’s football philosophy were deemed adequate credentials to make him suitable for the highly demanding role.

Such a decision, however, as it has many times in the past, proved to be unsound.

Partizan finished the 2015-16 season having relinquished the Super Liga title to their perennial rivals Red Star Belgrade when the Black and White crossed the finish line almost 30 points behind their archrival.

The Serbian Cup title was little solace to what has been a disappointing end to a promising season in which Partizan took part in the UEFA Europa League.

With an overwhelmingly disappointing season behind them, FK Partizan Belgrade headed into the new campaign hoping to forge a team that would be able to deal with the exciting new Red Star who, despite their financial issues, managed to build a competitive squad filled with experienced internationals such as former Borussia Dortmund and FC Mordovia Saransk defensive midfielder, Damien Le Tallec, and his former Mordovia teammate, France international defender, Thomas Phibel.

Having lost their prized star, Andrija Živković, whose contract saga ended in the teenager’s move to the Portugal giants Benfica, FK Partizan Belgrade were forced to work hard to bring in replacements that would restore some of the fans’ lost faith in the club’s management.

Former FC Augsburg striker, Nikola Đurđić, was brought in as the most prominent signing, while the arrival of former Partizan attacking midfield, Miroslav Radović, from NK Olimpija, was also regarded as a smart piece of business.

Former Metalurg Donetsk and Anzhi Makhachkala attacking midfielder, Leonardo, was meant to add a Brazilian flavour to Partizan’s play, as club officials attempted to convince the supporters into thinking that the Belgrade giants had conducted a successful transfer campaign.

As a club with one of the highest quality football academies in Europe, FK Partizan Belgrade make most of their money by selling young and promising talent to Europe’s biggest clubs. Despite having made solid earnings from selling their prized possessions, however, Partizan never really invest in bringing in the top quality players.

With only €850,000 spent on 10 new players this summer, FK Partizan Belgrade was back to their usual modus operandi during the transfer market.

Despite the fact football is far from being a financial competition—as Arsenal’s manager Arsène Wenger described it recently in his book—FK Partizan Belgrade’s hope of putting together a team that will be able to take a step further in Europe and challenge for the domestic title against Red Star Belgrade was quashed before the season even started.

The new season began with a crushing letdown. FK Partizan Belgrade were eliminated from the Europa League in the second qualifying round at the hands of the Polish side, Zaglebie Lubin.

What was a surprising exit to unsuspecting eyes, Partizan’s early Europan elimination not only cost the fans a chance to watch top-class football at the JNA Stadion, but it was also a major blow to Partizan’s already troubled finances.

When they turned their attention to the domestic championship, FK Partizan Belgrade opened the season with a goalless draw against newcomers Bačka Palanka, and failed to score in any of their first three games in the new season.

After that woeful start was compounded by the 2-1 Serbian Super Liga defeat by promoted Napredak Kruševac, head coach, Ivan Tomić, decided to leave the club after having been in charge of only one game in the 2016-17 season.

Accepting responsibility has never been a strong suit for Serbian football officials and, predictably, Ivica Iliev decided to stick around and plead his case despite the clear evidence that was stacked against him. Love for a club and past merits are not enough to make for a good sports director, and Ivica Iliev needs to roll up his sleeves and prove his worth.

With nothing to lose and yet everything to play for, FK Partizan Belgrade headed into the new season looking to earn a second chance with their fans and to make amends for a summer of failed promises.

Much like Iliev, who seeks redemption in his role, the club opted to open their arms wide and give a fresh start to an unusual figure who arrived at the helm with a reputation of his own to resurrect.

FK Partizan Belgrade appointed Marko Nikolić as head coach at the beginning of August, with the former NK Olimpija Ljubljana manager making his return to the club that he had left only 17 months earlier.

The Partizan board appear to be willing to erase their own failings after appointing Nikolić, who has already set his sights on winning the Super Liga back. He didn’t have a brightest of starts, however, as his first game in charge was a 3-1 defeat to FK Vojvodina— also a former club of Nikolić’s.

Back-to-back triumphs over Javor Ivanjica and Čukarički followed, however, and have been described as a bright start for the young tactician with the reputation to restore.

The Western world remembers Marko Nikolić solely as the football coach who racially abused his player during his days with the Slovenia outfit. The Serbian called his former player Blessing Eleke a “black idiot”—a choice of words that will forever taint his career.

Still, plenty of Serbian football fans regard Marko Nikolić as one of the most talented coaches in the country, and our early conclusion, based on his second start at the Belgrade club, is that Partizan fans have reason to feel optimistic.