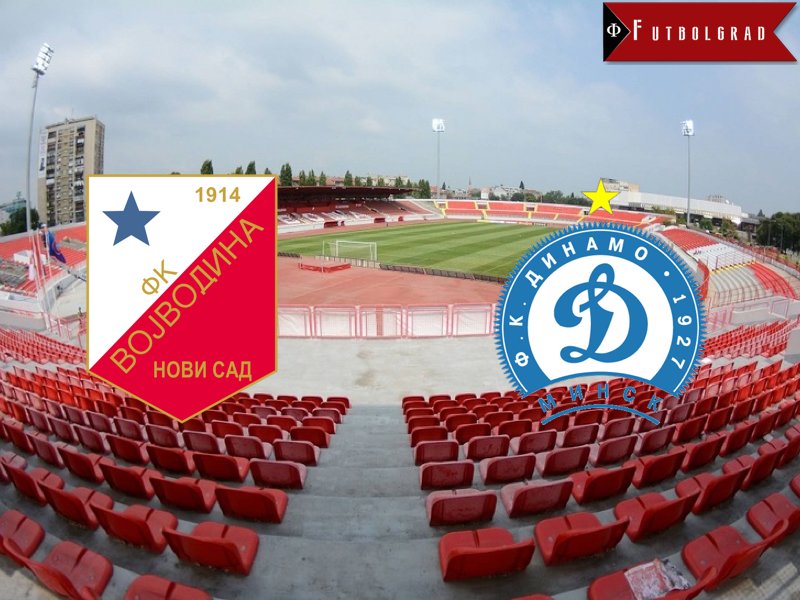 FK Vojvodina vs Dinamo Minsk will see the match up between two clubs that have regularly participated in the UEFA Europa League qualifiers, but who also have experienced repeated failure to qualify for the group stage of the tournament.

Dinamo Minsk finally managed to get to the group stage of the Europa League last season after beating Red Bull Salzburg in the playoffs in a dramatic penalty shootout—Minsk had won at home 2-0, but lost 2-0 in Salzburg, which meant that the game had to go into overtime, and then into penalties.

Overall, the 1980s and 1990s were the best time for the club, as Dinamo used its advantage of being Belarus’ biggest club in the early post-Soviet years to dominate the newly independent county. But then in the early 2000s, financial troubles hit the club, and the well run and funded, small town club, BATE Borisov, emerged as Belarus’ strongest football power.

It has now been 12 years since Dinamo last won an international championship but, at last, thanks to the financial help of Alexander Lukashenko’s political ally and club owner Yury Chyzh, Dinamo has experienced a bit of a renaissance. Dinamo finished the last two seasons in second place, and were hoping to challenge BATE for the title this season, but are currently nine points behind BATE in third place.

The reason for Dinamo Minsk’s problems, this season, is the fact that the team lost several star players, following their qualification for last season’s Europa League group stage. Star striker, Fatos Beqiraj, left the club for Dinamo Moscow, and the highly talented midfielder, Nikita Korzun, left for Dynamo Kyiv. New signings such as, Kirill Premudrov, who was signed from Dinamo Brest, were unable to compensate for the loss of the team’s key players.

Hence, FK Vojvodina Novi Sad, who are still awaiting their first appearance in the group stage of the Europa League, should be the favourites going into this tie. Like many Serbian clubs, Vojvodina is famous for its successful youth academy, and it is certain that several scouts from bigger European teams, who are eager to find the next superstar from the post-Yugoslavian republic, will closely watch the Europa League tie against Dinamo Minsk.

Perhaps the most prominent graduate from Vojvodina’s youth academy is FC Southampton’s Dušan Tadić, but there several dozen players that have moved on from Vojvodina to play in Europe’s top leagues. For Vojvodina, poor finances have meant that the club usually has to sell young prospects early on, which gives them little time to develop in Serbia. In the past, the club has hoped that they could bring in investors to stabilize the situation, but Serbia’s sport laws have meant that private investment remains difficult.

Hence, the club now hopes that it can retain some of its brightest prospects a little longer by reaching the Europa League group stage. But first, they need to beat Dinamo Minsk, whose weakened state means that they could be the right opponant at the right time for the Serbian club.