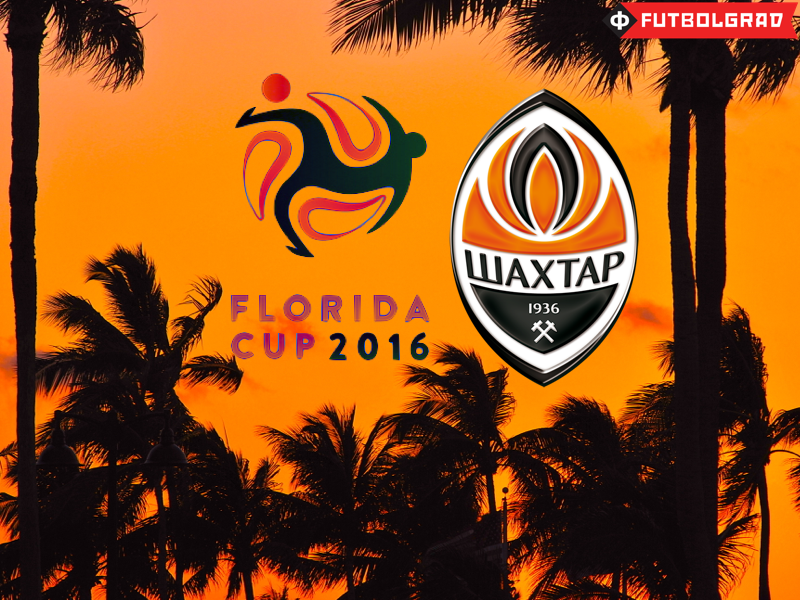 The winter break means travel time for most of the bigger Ukrainian clubs. In the case of Shakhtar Donetsk, which in recent years has become the most recognized brand in post-Soviet football, the winter camp has also become an opportunity to grow the club’s image abroad.

Due to the large Brazilian contingent at the club, Shakhtar has become one of the most recognized European teams in Brazil. The club regularly posts and tweets in Portuguese, and even maintains a Portuguese homepage. There is also a Brazilian club called Shakhtar Mauá that plays in the lower division of the São Paulo state championship. Such is Shakhtar’s popularity in Brazil, that the club has more social media followers in the South American country than in their native Ukraine.

Last winter, Shakhtar headed to Brazil where they played several friendlies against Brazilian top clubs Esporte Clube Bahia, Flamengo Rio de Janeiro, Atlético Mineiro, Sport Club Internacional, and Cruzeiro Esporte Clube. For Shakhtar the tour of Brazil was not only a way to give back to the many Brazilians on the squad, but also an opportunity to scout for potential new signings, and to strengthen their marketing ties to South America.

Last winter Shakhtar officials were quoted saying that they where looking into the possibility of making the Brazil Tour an annual event. At the same time, however, Mircea Lucescu stated that the traveling in Brazil was extremely strenuous.

Hence, the club has turned down the possibility of touring Brazil this winter. Instead, Shakhtar have opted to participate in the Florida Cup (more on the tournament here) in the United States. The tournament is organized by the Brazilian company 2SV Sports & Education in conjunction with the Walt Disney World Resort and the German Bundesliga.

The tournament also offers Shakhtar the opportunity to renew connections with Brazil, and with Brazilian clubs without having make an arduous trip to the South American country. Aside from being partly organized by Brazilian companies, the tournament also includes four Brazilian teams—Corinthians São Paulo, Fluminese from Rio de Janeiro, Atlético Mineiro (Belo Horizonte), and Internacional Porto Alegre. Two German clubs—Bayer 04 Leverkusen, and FC Schalke 04—the Columbian team Santa Fe Bogotá, and the Fort Lauderdale Strikers from the North American Soccer League (NASL) join Shakhtar and the four Brazilian teams at the Florida Cup.

As the organizers of the tournament state in their testimonial, the tournament serves s as “an ideal platform for international clubs who are looking to expand their brands abroad, while training at a quality infrastructure set up under ideal weather conditions and competing against top competition.”

Shakhtar has branded the trip to the United States as part of their Global Tour 2016—the club will be using the stopover in the United States to both grow their brand abroad and also to prepare for a tough Europa League encounter against the above mentioned Schalke 04 (the two teams will not be facing each other at the tournament) and a title challenge in the Ukrainian Premier League.

Shakhtar will be training at the IMG Academy in Bradenton Florida, and will be facing Fluminese on January 17 and Corinthians on January 20 with both games taking place at the ESPN Wide World of Sports Complex in Orlando. Futbolgrad will be attending the Florida Cup in Fort Lauderdale and Orlando, and provide our readers with frequent updates.