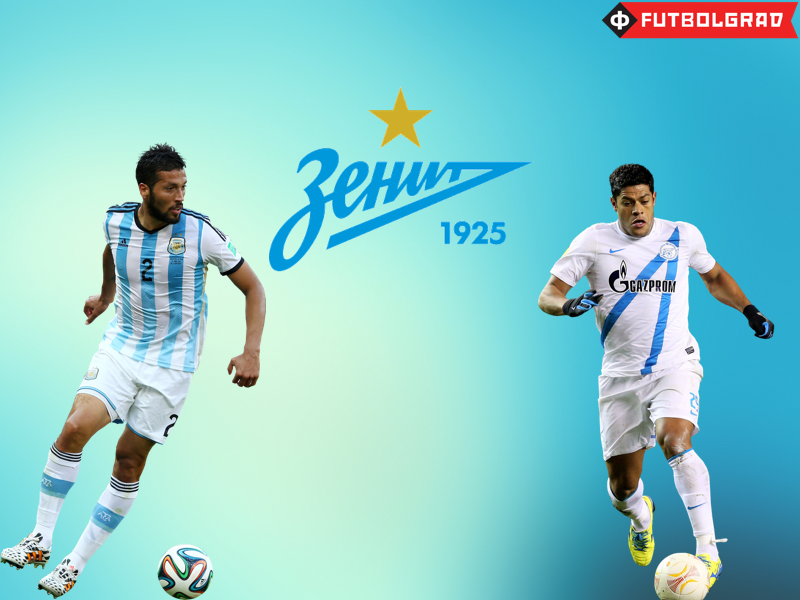 Football Leaks has once again released transfer details involving a post-Soviet club. On December 19 Futbolgrad reported that Quincy Promes’ deal from Twente Enschede to Spartak Moscow was a so called third-party ownership (TPO) deal. Then on December 30 Futbolgrad reported on Ismaily’s transfer from SC Braga to Shakhtar Donetsk, which involved the investment company Doyen Sports, which has increasingly come under scrutiny for its association with TPO deals.

Football Leaks has uploaded transfer details on Hulk’s move from FC Porto to Zenit—the striker moved from Portugal to Russia in September 2012 in a transfer that according to transfermarkt.de was worth €55 million (find the contract here)—as well as the transfer of the Argentinian defender Ezequiel Garay—the defender was transferred from Benfica Lisbon to Zenit for €6 million in the summer of 2014 (find the contract here).

Hulk’s transfer agreement between Porto and Zenit highlights that Zenit paid a total of €40 million (in three instalments) for the player. Furthermore, Porto included a clause that would see the Portuguese club receive 10% of a future transfer if Zenit sells Hulk for more that €70 million.

The transfer also exposed the influence of Gazprom on the day to day operations of the club, as Porto requested a COMFORT LETTER from JSC Gazprom acknowledging that the gas company would guarantee the sum in question, and “acknowledges the terms and conditions of the present Transfer Agreement and assures to FC PORTO SAD the timely and total obligations of FC ZENIT established in the hereunder agreement.”

In the case of Garay’s transfer from Benfica Lisbon to Zenit, transfermarkt.de was correct in that the transfer was indeed worth €6 million. Unlike the Hulk transfer Gazprom did not need to write a guarantee, which is likely due to relatively low transfer sum.

In any case the publication of the documents in question will raise eyebrows in Saint Petersburg, as contract details are considered confidential—and Football Leaks has stated that the homepage is located on a Russian server, and the leaking of documents related to Russia’s richest club could be problematic for the page.

Football Leaks has stated that it is trying to increase transparency, and “to shed light on [third-party ownership deals] and make the often cloudy world of soccer transfers and outlawed TPO dealings more transparent. Following the FIFA scandals with Sepp Blatter, the Greek football club Olympiakos FC scandal early last year and the infamous Italian match-fixing scandals of 2006, it is a welcome step to help the world’s most beautiful game become beautiful again — on and off the pitch.” At the same time not every deal Football Leaks has exposed is controversial, but at the very least the page offers an interesting insight into how transfer deals are conducted.