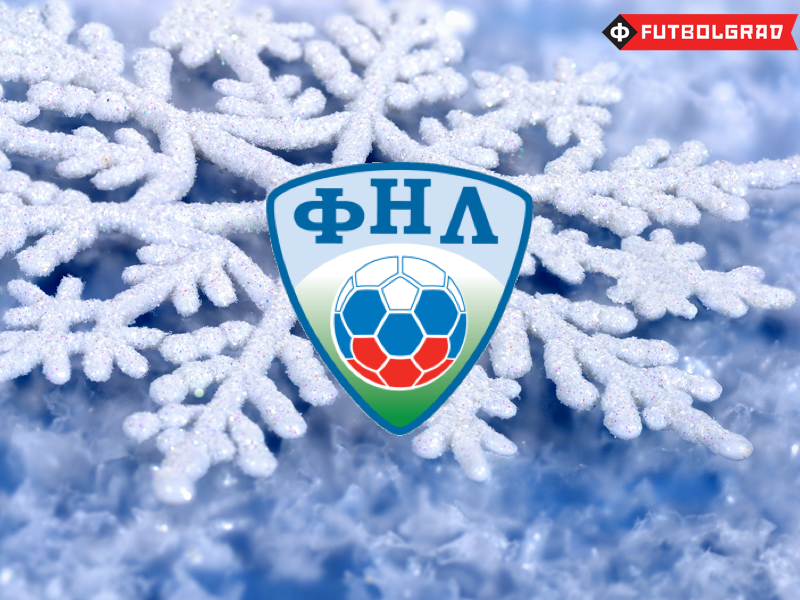 As we head into the three month winter break, Russian football is at its perrenial stage of self reflection that never paints a pretty picture. Cynics might say “change the names, the story stays the same”; in one sense they’re right, as yet again, financial strife and political matters have snaked into the fabric of the game. Not all is bleak, however; amongst the chronic mismanagement and bankruptcy, shoots of life are emerging. In the underexposed realm of the Football National League, as always, this dichotomy is magnified.

How Long Will it Take to Reform the Football National League?

Quite how long it will take the Russian Football Union, Russian Football Premier League and the FNL to coordinate themselves more efficiently in the best interests of the sport, is anyone’s guess, but more and more voices are being raised more frequently about measures that must be taken. The most obvious issue is the logistical chaos of a league that spans nine time zones and nearly 5,000 miles, that has been a major factor in Luch-Energiya Vladivostok failing (as of last week) to pay over 100 playing staff a total of over half a million US dollars. The league’s easternmost side have crept out of the relegation zone after coming from behind to beat rock-bottom FC KAMAZ Naberezhnye Chelnyin front of just 460 spectators, thereby ending a horrific run that had seen them pick up just two points and six goals from eleven games. 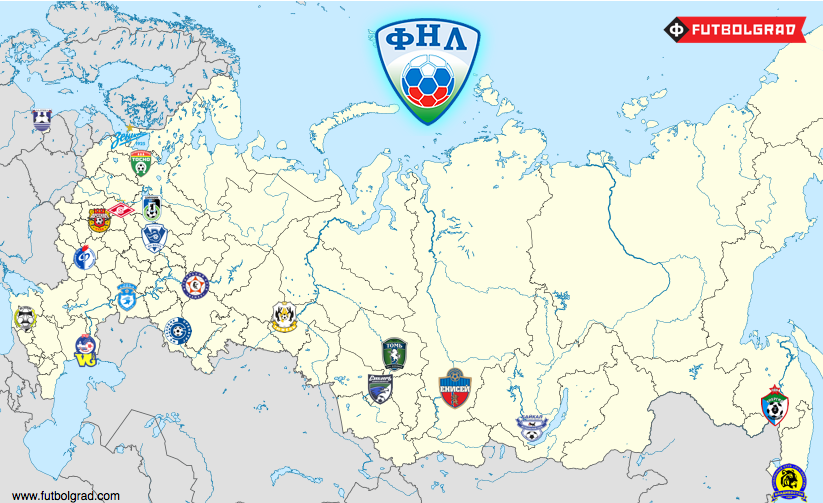 While Luch are struggling to score, after losing last season’s second top goalscorer Stanislav Prokofyev in January, Gazovik Orenburg are finally making good on their promise to dominate this division. Central to their success is the electrifying form of lithe frontman Artyom Delkin who, before the winter break, has already outscored last season’s top goal scorer, Yannick Bolli, with 16 goals. Last season he struggled, as the lone striker in Konstantin Galkin’s fluid 4-3-3 formation, managing only three goals. At the age of 25 he had yet to kick on from his watershed season with Torpedo Vladimir three years ago, but now he has displaced last year’s talisman, Igor Koronov, to a bit part role in the squad.

One of the genuinely exciting teams to witness has been the increasingly confident Spartak-2, led by highly promising coach Evgeniy Bushmanov. A lot was made of the suitability of second tier professional football for the finest youth products of Spartak and Zenit, not to mention the last-minute inclusion of the latter after a typically turbulent few days before the new season. But, on the pitch at least, the young Spartak stars have battled their way to 7th place at the turn. This is a highly respectable achievement, spearheaded by Russia youth internationals Vladimir Obukhov and the electric Georgi Melkadze—who scored in the FNL’s 3-2 defeat to the Serie B select team in Saint Petersburg in December, and is a great advertisement for inserting the cream of Russia’s next generation into the deep end of senior football.

Zenit’s youngsters have found the step a touch harder, slipping into the relegation zone with the worst defensive record in the league. The unsavoury demotion of national icon Aleksandr Kerzhakov to the squad from the seniors was symbolic rather than practical, but the experience of Konstantin Zyryanov and the goal threat of Denis Tkachuk, when he hasn’t been warming the first team bench, have provided a modicum of a stabilising influence. Despite finishing the third-tier Professional Football League West, eight points behind their Spartak counterparts, the RFU’s reversal of the FNL’s original vote, to not grant them promotion, earned them a controversial reprieve and will remain a millstone around their necks, whatever their final position.

One of the high-profile appointments that caught the eye was former Spartak supremo Valeriy Karpin taking over at Torpedo Armavir, but a stunningly underwhelming start saw five consecutive 0-0 draws at the beginning of his campaign. His side didn’t even score until their eigth fixture—over eleven hours of playing time. He could hardly have complained of a lack of investment; Armenian billionaire Oleg Mkrtchyan had stepped in to resurrect their legitimate promotion from the PFL, and brokered no fewer than 13 transfers from his home country, including the €250,000 deal to sign Ivorian striker Jean-Jacques Bougouhi. The marquee signing—which accounted for almolst 80% of the whole league’s summer transfer expenditure according to transfermarkt.de—has contributed a single league goal and only earned six starts, as the team have only registered registered a pitiful nine league goals in 24 games.

Following the illogical decision, four seasons ago, to adjust the Russian football calendar to fall in line with the majority of European leagues, the winter break often dramatically changes the complexion of on-field performances for mid table sides. With the second-least valued squad in the division and one of the lowest operating budgets, FC Tyumen kept their heads above the water with astute business decisions in the extended mid season transfer window last year. After winning only five of their first 21 matches before the break, they recovered to settle away from danger in 9th place. 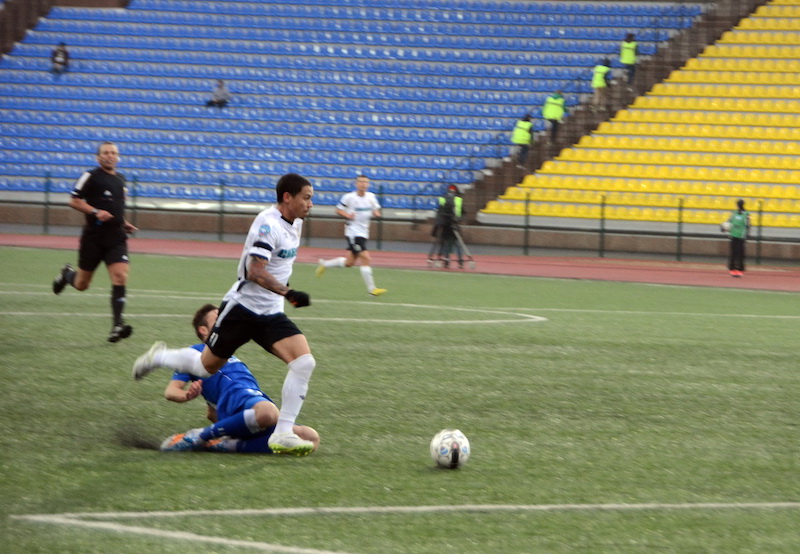 Despite losing Cleyton, one of the finest talents at this level, in the summer, they have brought in sensible reinforcements such as Valeriy Kichin, Ivan Chudin, Ruslan Abazov and Soslan Takazov. Abazov and Takazov in particular are intriguing signings, given their Premier League pedigrees. Abazov returns on loan from Rostov after a morale-crushing performance last season with his parent club in the mammoth 7-3 defeat to Dinamo last summer, but his confidence has skyrocketed with his performances. Takazov has accepted a move down a division despite playing in a third of Amkar’s Premier League matches last season, and suddenly Tyumen’s defence has become a tight unit, with only league leaders Gazovik conceding fewer.

Who Will Win the Race for Promotion in the Football National League?

The race for promotion is evolving, with Volgar Astrakhan, the league’s most in-form team; a win over promotion rivals Fakel recently came in a run of seven consecutive wins during which time they’ve conceded only twice. Yuriy Gazzaev’s men are favoured to join Arsenal Tula in the promotion playoffs, with the nearest challengers Fakel and Sibir Novosibirsk faltering, the latter being taken apart spectacularly by Tyumen at home in November, and Spartak-2 ineligible for promotion. This, however, is the FNL; the maddest, most hectic league in the world.