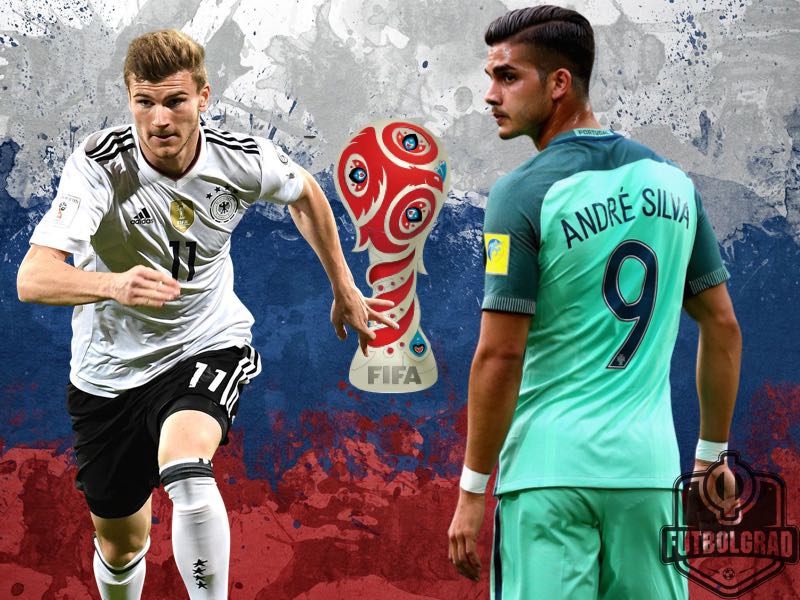 The group stage of the 2017 FIFA Confederations Cup is finally complete. The Futbolgrad Network has covered all the games from the tournament and has scouted one player from each nation, who could be a standout player for their country in the future. As a result, we have come up with four players to watch in the semi-finals of the Confederations Cup.

Our first choice for the four players to watch list is Portugal’s, André Silva. Silva is Portugal’s youngest player at the tournament. The 21-year-old managed to score 16 goals in 32 games for Porto last season and has earned himself a €38 million transfer to the Italian club AC Milan. At the tournament, Silva has now featured for Portugal on eleven occasions and scored eight goals. An all out striker André Silva is next in line when it comes to Portugal’s never ending production line of top class attacking players. 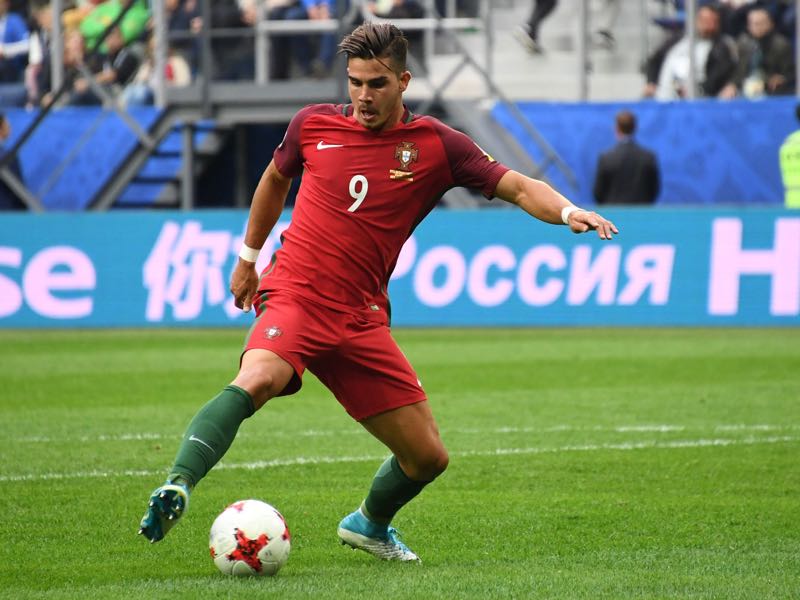 André Silva is one of the four players to watch in the semi-finals of the Confederations Cup. (KIRILL KUDRYAVTSEV/AFP/Getty Images)

At 182cm and 71kg André Silva is not a breaker up front, but instead, scores goals by finding room in the box. Scoring six goals in six World Cup qualification games, André Silva seems to be best when playing competitive games for his country. At the Confederations Cup, André Silva came off the bench on matchday 1 against Mexico and then started against Russia and New Zealand. Against Russia, André Silva was somewhat the victim of Portugal’s very conservative approach, but he then scored a fantastic goal against New Zealand on matchday 3. With Portugal favourites to reach the final expect André Silva to play a significant role at the last stage of the tournament.

Eduardo Vargas is an odd player. The Chilean forward has had a horrible track record with his club teams but was the key player for Chile in two consecutive Copa América titles. Failure to leave his mark in Italy, England and Germany Vargas has recently joined the Liga MX side Tigres UANL. There were hopes in Mexico that Eduardo Vargas’ style could be a perfect fit for Mexican football. 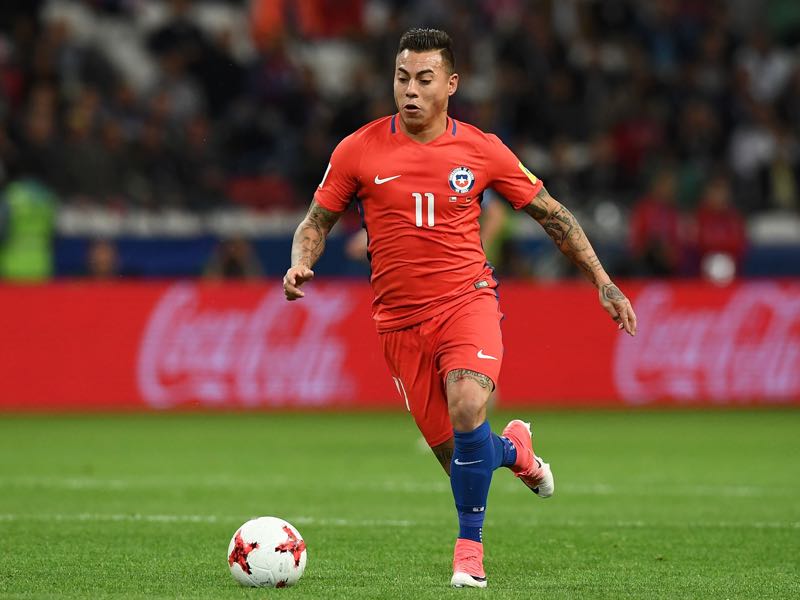 But once again Eduardo Vargas has been hit by the club bug, and the striker has somewhat struggled to adapt to Liga MX. Back with the Chilean national team, however, Vargas once again has been one of the key players of La Roja. His 34 goals in 75 matches are only second to top star Alexis Sánchez. Vargas scored the second goal against Cameroon on matchday 2 of the 2017 FIFA Confederations Cup. As a player, he is very adaptable to play all three forward positions that make him perfect to play Chile’s 4-3-3 system, which uses three attacking midfielders on the forward line.

Timo Werner only was given limited playing time in the first two matches of the 2017 FIFA Confederations Cup. Brought on in the second half of the Australia game Werner was unable to make a mark on the competition. He was then rested on matchday 2. Against Cameroon, on matchday 3 Joachim Löw, however, needed a forward, who was able to play a high pressing running game against a very athletic Cameroon side. Furthermore, Timo Werner can play on the wing and as a lone striker up front, but can also drop deep to pick up the ball deep in the attacking half. Werner, therefore, is the type of forward that Germany have lacked since Miroslav Klose retired from the German national team after the 2014 FIFA World Cup. 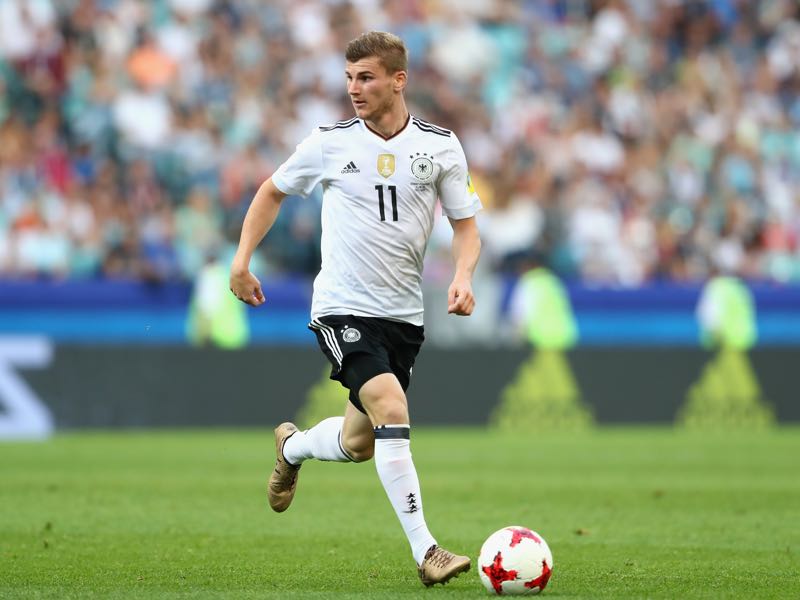 At Leipzig, Werner managed 21 goals and seven assists in 31 Bundesliga games. Those are incredible numbers for a forward, who is still only 21-years-old. Werner will likely get the start against Mexico on Thursday in Sochi. Werner, in fact, will be the perfect forward to challenge Mexico’s Hector Moreno and Nestor Araujo, who sometimes struggle against high pressing sides—looking further ahead Werner now provides Joachim Löw with the sort of player Germany have lacked since Klose has retired and he will be a definite candidate for the 2018 World Cup in Russia.

Néstor Araujo is the final player on our four players to watch list. The defender has finally established himself as a starter for El Tri. The 25-year-old Santos Laguna defender had an outstanding season in Liga MX. In fact, the defender is often brought up when it comes to discussing Liga MX’s possible next export to Europe. Playing at the 2017 FIFA Confederations Cup against the likes of Cristiano Ronaldo has certainly helped to sharpen his profile. At the same time, Néstor Araujo still has to show that he can play against the very best on a consistent basis. 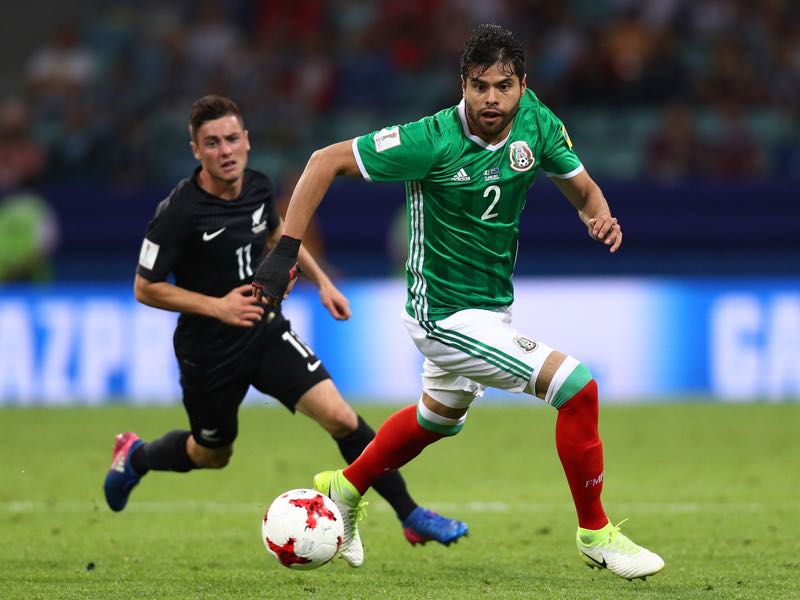 Back in Mexico, there is certainly an understanding that Araujo has now reached the end of his development in Liga MX and that he will need to leave to develop further. Given the fact that Mexicans have become more adventurous when moving to Europe a transfer to Europe might only be a question of time. Expect him to make progress to the Netherlands or Germany shortly.