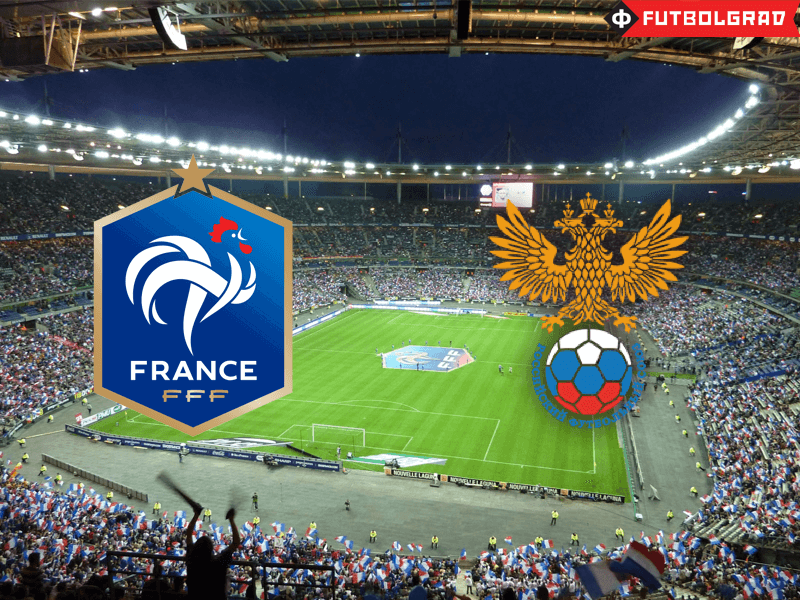 Guilherme appeared delighted as the Brazilian born Lokomotiv Moscow keeper made his debut for the Russian national team (Sbornaya) in the 3-0 win over Lithuania on Saturday. Guilherme is the first nationalized player for Russia not to be born in the Commonwealth of Independent States (CIS).

Meanwhile Russia’s other naturalization hopeful Roman Neustädter was spotted watching the Russia vs Lithuania match from the stands of Moscow’s Otkrytie Arena. But it remains doubtful whether the Schalke 04 midfielder will receive his paperwork in time to play for the Sbornaya at the European Championships next summer in France.

Neustädter will not be available for France vs Russia

Neustädter told championat.com “the situation is not clear. I really want to play for the national team of Russia. I believe it will be possible to do so. This is why I am here to watch [Russia’s] match against Lithuania.

One thing, however, is for certain, that Neustädter will not appear in Russia’s friendly against France, which will take place at the Stade de France on Tuesday March 29. France vs Russia will perhaps present the most important test before next summer’s Euro 2016.

France was in action on Friday March 25 against the Netherlands—a game that was very much overshadowed by the death of the Dutch legend Johan Cruyff. France won an exciting match against the Dutch 3-2 at the Amsterdam Arena.

France will most certainly provide a much tougher test on Tuesday than Lithuania, which was defeated quite easily despite the fact that Russia’s coach Leonid Slutsky chose to field an unusual 4-3-3 formation for his starting eleven.

In goal Slutsky chose to start the FC Krasnodar keeper Stanislav Kritsyuk. The defence formation was made up of Igor Smolnikov (Zenit), Sergei Ignashevich (CSKA Moscow), Aleksei Berezutski, and Dmitri Kombarov. The midfield was made up of a three man triangle with the controversial Dmitri Tarasov (Lokomotiv), Denis Glushakov (Spartak Moscow), and playmaker Oleg Ivanov (Terek Grozny). The three forwards for the match were wingers Aleksandr Samedov (Lokomotiv Moscow), Pavel Mamaev (FC Krasnodar), and striker Fedor Smolov (FC Krasnodar), who played as a complete forward up front.

In the second half Slutsky made six changes, including the substitution of Aleksandr Kerzhakov (FC Zürich), who made his long awaited comeback to the Russian national team. Kerzhakov told the media after the match “I am very happy to play for the national team again. Thank you to the fans who supported me.”

Aside from the keepers, Slutsky also brought on two relatively new players—playmaker Ilya Maksimov (Anzhi Makhachkala), who made his debut, and 19-year-old midfielder Aleksandr Golovin (CSKA Moscow), who played his second game for Russia. Golovin has been one of the most interesting prospects at CSKA Moscow this season, and the midfielder had a wonderful debut as he capped his first game for Russia with a goal in the 61st minute to make it 2-0 for the Sbornaya over Lithuania.

The nomination of Golovin, also known as the Chicken from the Kuzbass—he was born in Kaltan in the Kemerovo Oblast—has been widely greeted in the Russian media with enthusiasm, as Golovin was an important part of Russia’s U-17 that won the 2013 UEFA European Championships, and Russia’s U-19, which came second at the 2015 UEFA European Championships. Indeed great things are expected of Golovin, who can play as a playmaker, trequartista, or as creative number eight in central midfield.

Slutsky chose to leave out several high profile players from the starting line-up, including playmaker Alan Dzagoev (CSKA Moscow), strikers Aleksandr Kokorin and Artyom Dzyuba (both Zenit Saint Petersburg), as well as goalkeeper Igor Akinfeev (CSKA Moscow). All of them will most likely feature in the game against France on Tuesday—although keeper Akinfeev might appear for only one half as Yuri Lodygin (Zenit) is expected to get some playing time as well.

Following the match against Lithuania, Slutsky told championat.com “I’m happy of the quality of the game, and with the result. … Now we are preparing for the second friendly match. We also have a much better idea about our players now, and everyone in the squad has a chance to be nominated to play in France.”

France vs Russia – Slutsky Will Want to Field Strongest Team

Slutsky will, however, want to field his strongest possible team against France, but Golovin could feature again as Slutsky, who also coaches the talent at CSKA Moscow, will likely want to see how the 19-year-old can perform against some of Europe’s best players. Furthermore, playing at the Stade de France—the stadium will be the venue for the European Championship final in June—will give the Russian team a taste of what it will be like to play in France next summer.

Russia has played France five times since the collapse of the Soviet Union, and the record is balanced with two wins for Russia, two wins for France, and one tie. Despite the positive result for Russia against Lithuania, however, France will be favourites on Tuesday to win the match.

On a side note this will be the first time that France will return to the Stade de France since facing Germany at the stadium on November 13 2015. The match against Germany was overshadowed by several terrorist attacks that took place in the city, and at the stadium. It is therefore expected that the match against Russia will be under heightened security, particularly given the fact that Brussels, the capital of neighbouring Belgium, was hit by a terrorist attack just last week (March 22).