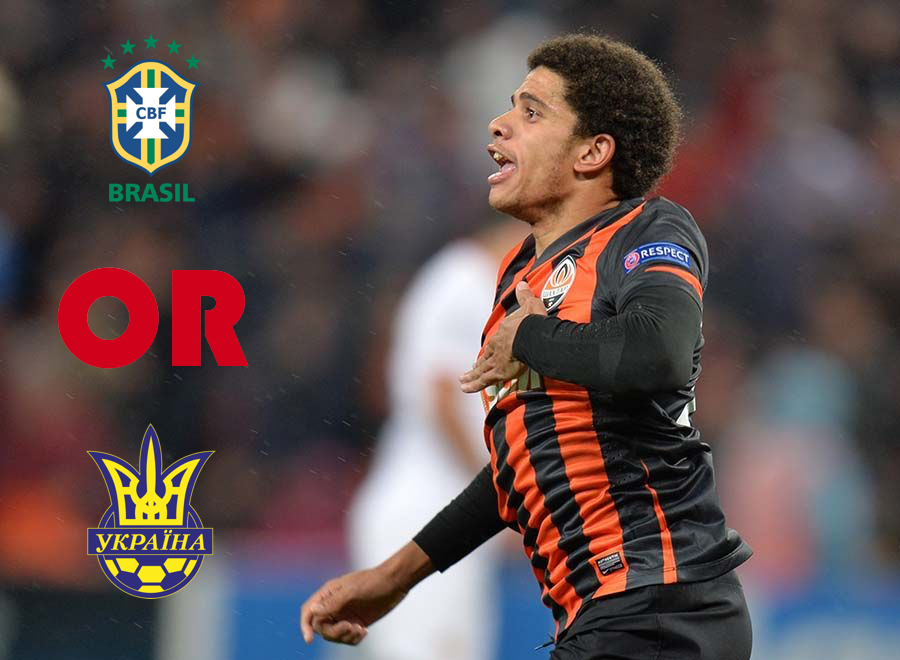 Shakhtar Donetsk is a fascinating example of the globalization of football in the 2000s as the club in the last ten years ushered in a tradition of regularly fielding several Brazilians—Shakhtar’s squad currently includes ten Brazilian players. Since his arrival in 2004, Shakhtar Manager Mircea Lucescu has had a significant influence on the club’s campaign to make an impact in European Football. The club’s strategy, which involves a sizeable influx of Brazilian players, has been met with criticism by some Ukrainians, who claim that the Romanian chose to develop foreign players rather than domestic Ukrainian players. 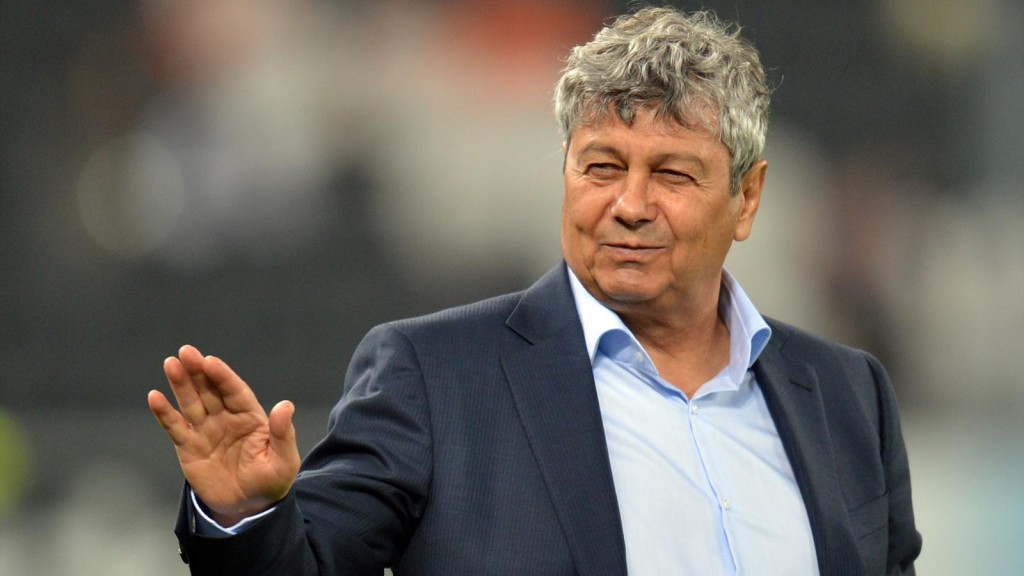 Although criticized by some, this strategy has paid off. Since the 2005-2006 UEFA Champions League season, Shakhtar has qualified for every group stage. In addition, the club won the UEFA Cup (now known as the Europa League) in 2009. In domestic competition, Shakhtar have been a powerhouse since the beginning of the twenty-first century, winning the Ukrainian Premier League nine times in the past fifteen years.

Yet, while Shakhtar has, since 2002, enjoyed both domestic and international success, the Ukrainian national team has not. In terms of the FIFA World Cup finals, Ukraine has only made one out of five possible appearances—Ukraine was eliminated in the quarterfinals in 2006 by Italy, the eventual winners. Similarly, Ukraine has only qualified once in five attempts for the UEFA European Championships (however, unlike its qualification for the World Cup, Ukraine was granted a place with co-hosts Poland in 2012). Ukraine is currently competing in Euro 2016 qualifications, and it remains to be seen whether they will yet again miss out on the opportunity to compete in international competition.

Ukraine – Can’t keep up with Shakhtar

Unfortunately, Ukraine’s supply of talented players is much more limited than that of Argentina, Brazil, England, France, Germany, or Spain. As a result, many Ukrainian fans have proposed to naturalize some of Shakhtar’s Brazilian players. There are precedents for this in both Ukraine, and abroad. Chelsea’s Diego Costa, who is Brazilian by birth, for example, played in Spain from 2007 to 2014 and was naturalized as a Spanish citizen. Shakhtar’s striker Eduardo was born in Brazil but became a Croatian citizen in 2002, and between 2004 and 2014 played 69 international matches for Croatia. Similarly, Brazilian Edmar married Ukrainian Tetiana Halovsky and was naturalized as a Ukrainian citizen in 2008. Most notably, he helped` Ukraine revamp its FIFA 2014 World Cup qualification campaign, and assisted Roman Zozulya for Ukraine’s first goal in its surprising 2-0 victory over France in the second round of qualification.

Naturalization in Ukraine, however, is not easy as the country’s Kafkaesque bureaucracy can make gaining a Ukrainian passport next to impossible. The first Brazilian to fall victim to Ukraine’s bureaucracy was Luiz Adriano. The Brazilian played for Shakhtar from 2007 until 2015, and during that time had never been called up to compete with Brazil’s national team. This led to speculation that he would choose to apply for Ukrainian citizenship in order to one day compete alongside teammates Andriy Pyatov and Oleksandr Kucher. In an interview with Ukraina Channel in 2012, Adriano claimed that he loved Ukraine, he considered it his second home and was ready to replace his passport if called up to Ukraine’s national team. 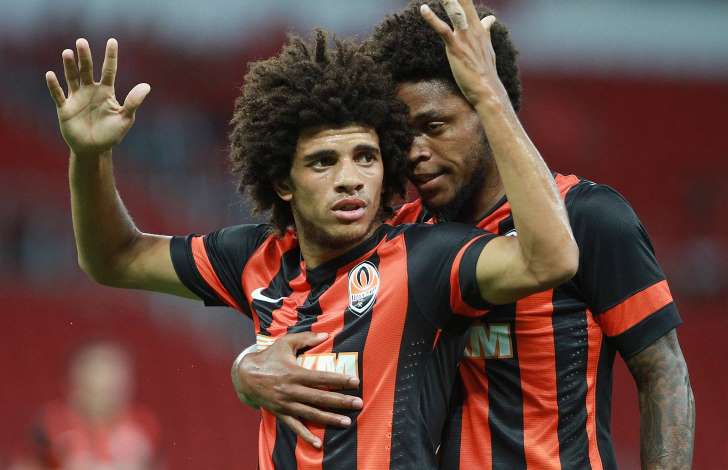 Adriano’s naturalization never materialized, however, and he was called up by Brazil in 2014. Adriano continued to insist that he was ready to renounce his citizenship and wanted to play for Ukraine. Now, however, it seems unlikely that Adriano will ever wear the blue and yellow colors of Ukraine, as Shakhtar sold Adriano during the Summer 2015 Transfer Window to Italian Club AC Milan. Adriano would have to reside in Ukraine in order to gain Ukrainian citizenship, an impossible prospect given the fact that he now plays in Italy.

Ukrainian Petition – Give us Taison!

As of now Taison has not received an international call up for Brazil, and as a result he too, much like Adriano before him, expressed interest in playing for Ukraine’s national team. Then in September 2013 it was reported that Ukrainian officials had begun the process to naturalize Taison in order to help Ukraine qualify for the 2014 World Cup in Brazil.

Ukrainian Manager Mykhaylo Fomenko supported the idea, claiming that he would help the national team during the remaining fixtures of qualification. Yet two months later Taison still remained without Ukrainian citizenship and Ukraine lost 3-2 on aggregate to France in the second round of qualification, thus missing out on an opportunity to compete in the World Cup. One wonders if Taison’s naturalization would have helped Ukraine secure a place in football’s most prestigious competition. 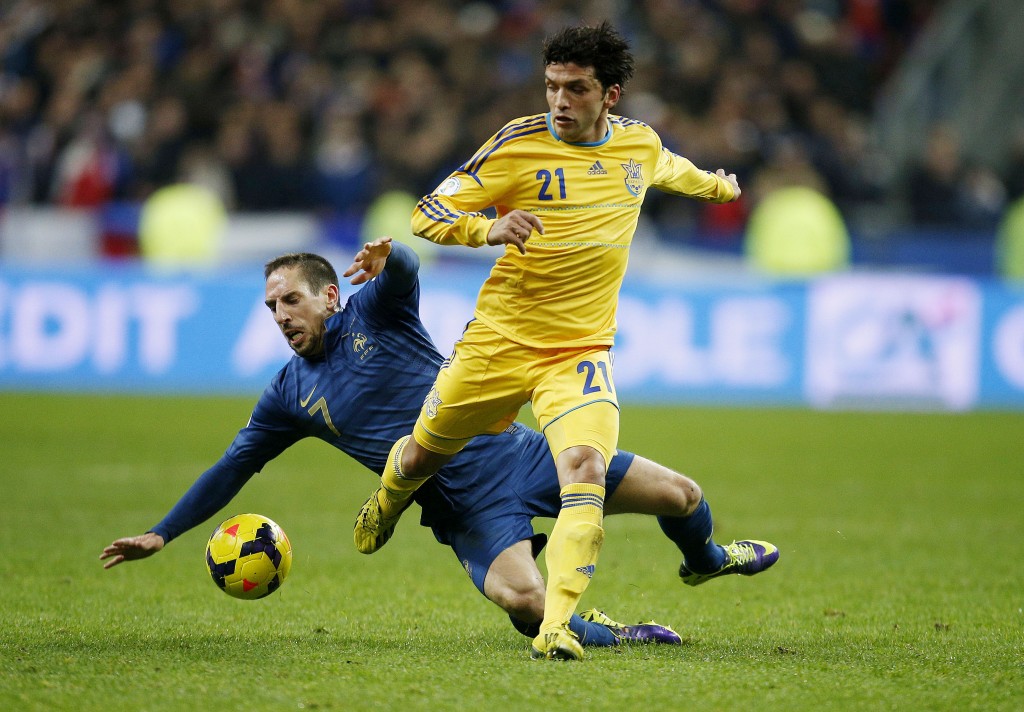 Edmar here in action for his adopted home country

Despite the setbacks, Taison is still pursuing his goal to become a Ukrainian citizen. In an interview with Shakhtar Donetsk, he has even adopted a Ukrainian nickname Borya, and is willing to learn Russian in order to integrate himself better in Ukrainian society. Most recently, Ukrainians have started an online petition, demanding that Taison be granted citizenship. (The petition can be found here.)

As the naturalization process stalls, many Ukrainians are fearful that it is only a matter of time before he, like Adriano, will slip away from Ukraine’s grasp. Naturalizing the Brazilian so that he can play with Ukraine’s national team would benefit the team’s performance. During its away match in Slovakia, Ukraine struggled to control the midfield, with Serhiy Rybalka replacing the veteran Denys Harmash, who foolishly had been sent off in the closing stages of the match versus Belarus just three days earlier. With Ruslan Rotan, Oleh Husiev, and Antoliy Tymoshchuk getting older, with Harmash prone to injury, and a limited selection of inexperienced youthful players, Ukraine is desperate for another experienced midfielder to play alongside Yevhen Konoplyanka, Andriy Yarmolenko, and Taras Stepanenko. Taison may be the key to international success for Ukraine.