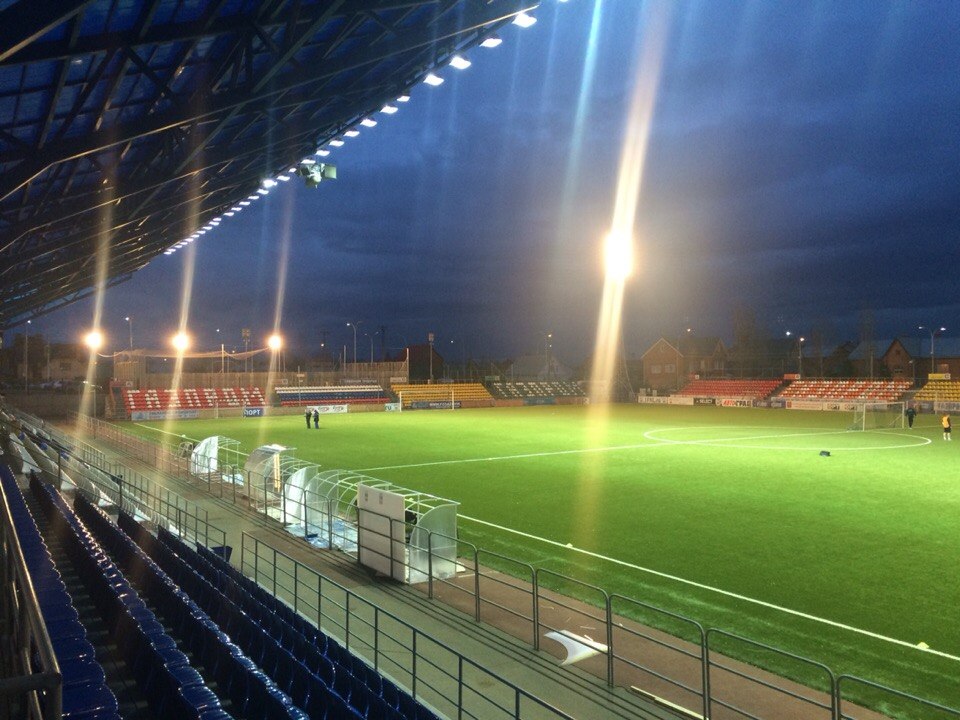 Gazovik Orenburg are currently leading Russia’s second division, the Football National League. Twenty games into the season Gazovik is two points ahead of Tom Tomsk and seven points ahead of third place Arsenal Tula. The first two spots guarantee direct promotion to the Russian Football Premier League, whereas the third and fourth placed teams go into a promotion/relegation playoff.

Arsenal Tula were relegated last season, whereas Tom Tomsk narrowly missed promotion after losing their promotion/relegation playoff matchup against Ural Yekaterinburg. Before this season kicked off both clubs were considered as likely promotion candidates for this season. Another candidate was FC Tosno—located in the Leningrad oblast, many journalists and football fans were hoping that the club could finally provide Zenit Saint Petersburg with a local rival—but Tosno has had a tough season so far, and is currently in 17th place, and in the relegation zone to the Professional Football League—Russia’s third division.

But Gazovik Orenburg has taken the FNL by storm so far, and as championat.com’s Anton Mikhashenok writes, much of Gazovik’s success comes down to the fact that Orenburg have one of the most “stylish coaches not just in the Football National League, but indeed in all of Russian football” in the former FC KAMAZ Naberezhnye Chelny player Robert Yevdokimov.

The 45-year-old Yevdokimov has Gazovik playing in a tactical formation that switches between 4-3-3 and 4-4-2, and his approach is to set up a game so that in the final stage of the attack the team has several options to score goals. Yevdokimov states that: “my job is to tell players what to do to get inside the penalty box, but inside the penalty box it is up to individual players and their skills to create goals.” Gazovik also avoids the possession game; against Spartak-2 for example Gazovik’s possession was 36%, as the Yevdokimov has its players set up for quick counter attacks.

While Yevdokimov leads the Gazovik Orenburg revolution that will hopefully result in the club’s promotion in the spring, Gazovik’s management is working hard to bring the club’s infrastructure to the level required to compete in the Russian Premier League. Currently Gazovik are competing in the small but stylish Gazovik Stadium. The stadium has been recently expanded to hold 10,500 fans, and whilst still small it would meet requirements set forth by the Russian Premier League.

Furthermore, Gazovik are owned by Gazprom’s subsidiary company LLC Gazprom-Orenburg, which owns several operations in the Orenburg oblast including Europe’s largest gas refinery, and has made steady investments into the infrastructure of the club with the goal to reach promotion to the Premier League.

Travel times, and logistics make the FNL the world’s toughest football league, and Yevdokimov’s job will now be to stabilize Gazovik’s position, and to hold on to the seven-point lead throughout the spring to secure Orenburg’s promotion to the Russian Premier League. The last two years Gazovik narrowly lost out on the promotion playoffs as the club finished fifth in 2014, and 2015.

Back then, however, the Russian Premier League was not part of the club’s expectations as Gazovik still lacked the necessary infrastructure required by the Premier League. But with the recent stadium expansion completed, Gazprom will expect that Yevdokimov can deliver another top division club to the Gazprom family.