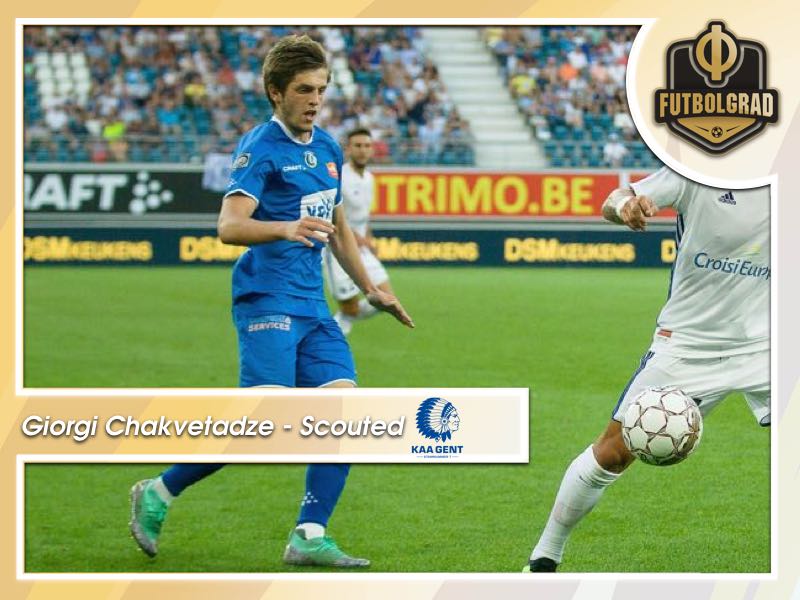 Giorgi Chakvetadze – In the footsteps of Georgian Maestros

Giorgi Chakvetadze is one of the biggest stars of the Belgian Jupiler Pro League this season. The 19-year-old Georgian playmaker has scored four goals and two assists in 15 games for KAA Gent and recently earned further prominence for his display with the Georgian national team.

Playing for Georgia in the UEFA Nations League Chakvetadze has managed four goals and three assists in six games helping his country to top the UEFA Nations League D Group 1. As a result, Georgia have now a realistic chance of qualifying for their first significant tournament thanks to UEFA’s complicated new qualification process that could award one of the nations winning their Nations League division.

Bayern München, Tottenham Hotspur and Barcelona are all reportedly keeping tabs on the development of the 19-year-old. Barcelona have scouted Giorgi Chakvetadze when Georgia travelled to Andorra for their second last UEFA Nations League group stage match.

German giants Bayern, in the meantime, showed interest in the Georgian maestro in the summer of 2017. Bayern according to transfermarkt.de were willing to spend up to €6 million for the playmaker after having scouted the playmaker at the U-19 European Championships. Instead, it was Gent that won the race thanks to their strong connection to the Caucasus Republic.

Giorgi Chakvetadze – Gent had the inside track

With Giorgi Beridze (now Ujpest in Hungary) and Jimmy Tabidze (Ufa) Gent have in the past signed players from Georgia. Neither player made a major impact in Belgium, but the transfers opened the doors for Gent to get a deal done with Dinamo Tbilisi to secure what is perhaps the biggest talent the country has produced since the fall of the Soviet Union.

Back in 2017 Georgia hosted the U-19 European Championships and the club, aware that big teams could be swooping in to sign Giorgi Chakvetadze, fought tooth and nail to get the deal done ahead of the championships. Officially, Chakvetadze signed for Gent on his 18th birthday on August 29 2017.

The Belgian outlet Het Laatste Nieuws reported at the time, however, that the deal was completed in June and that the club simply had to wait until Chakvetadze’s 18th birthday as the playmaker is not an EU national and therefore could not be transferred until after his 18th birthday due to FIFA regulations.

After scoring just one goal in his first 19 games last season, Giorgi Chakvetadze is showing more confidence this season as is evident in the four goals he has already scored for his club in this campaign. 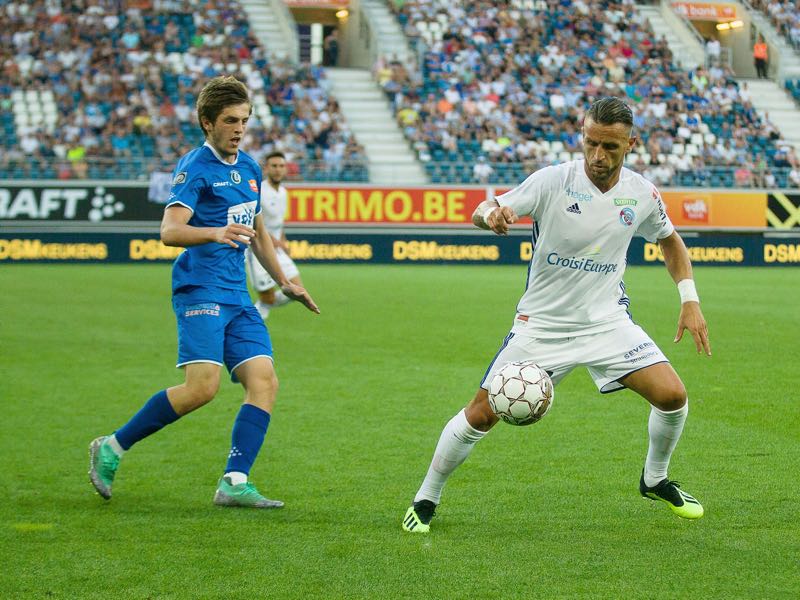 “The coach told me to be more selfish. In training, I have focused more on finishing. When I rush forward, I always get into dangerous situations, but in the past, I always passed the ball. I have to shoot more often,” Giorgi Chakvetadze told Het Laatste Nieuws.

It is an aspect that has made the playmaker even more attractive to teams in big European leagues, but a transfer will not be easy even though his contract will end in the summer of 2020. KAA Gent paid just €1.5 million for the attacking midfielder last summer. A steal in retrospect given that Giorgi Chakvetadze could now go for ten times that amount to a big club next summer.

On paper, Gent will have to sell him either this winter or in the upcoming summer should Giorgi Chakvetadze chose not to renew his deal. “We want to build our team around him. He is our number ten of the future,” Gent sporting director Michel Louwagie told the media already last January.

“Even if clubs offer €15 million for Giorgi Chakvetadze we will not let him go. It is our goal to keep him for one or two more years,” Louwagie added.

The reality, however, might be different. The example of Bayer Leverkusen attacking midfielder Leon Bailey, who left Gent’s league competitor Genk for Bayer Leverkusen in January 2017, shows the dependence of Belgian clubs on making a profit on player transfers.

Bailey at the time forced a move to Germany and in the Genk had to budge – showing the harsh reality that smaller Belgian clubs are dependent on transfer incomes. Whether Giorgi Chakvetadze will force a move is doubtful given his somewhat shy character. But at the same time, Gent are currently just on the brink of qualifying for the championship round of the Belgian Jupiler League. Failure to qualify for Europe would without a doubt make it difficult for Gent to hang on to Giorgi Chakvetadze.

There is, however, another aspect. Georgian football has a long tradition of producing talented playmakers. During the time of the Soviet Union Chakvetadze’s youth club, Dinamo Tbilisi was known as the Uruguayans for their beautiful approach to the game. Teams, and players, from the Caucasus, were always considered as technically superior to clubs and players from the rest of the Soviet Union.

In the shadow of giants

The likes of Boris Paichadze, David Kipiani and Ramaz Shengelia were trailblazers of the beautiful game in the Soviet Union. All were playmakers or strikers that defined their generation and have in the past drawn a link between the beautiful game and chess, which is the other predominant sport in the Caucasus.

After the fall of the Soviet Union Temuri Ketsbaia and Georgi Kinkladze were the influential midfielders for Georgia. Both had magnificent careers at home and abroad. But since Kinkladze’s retirement Georgia have struggled to develop that predominant playmaker.

The country’s biggest hope has been Jano Ananidze. But the Spartak Moscow playmaker has never lived up to the hype that was heaped upon him during the early stages of his career. Also, Ananidze does not have a Dinamo Tbilisi past, which in many regards important when it comes to Georgian football myth-building.

Although Giorgi Chakvetadze now plays abroad he is a Dinamo Tbilisi product. That is important in the long-run as that Dinamo Tbilisi pedigree still carries a heavyweight, in some ways even a burden, in Georgia. Dinamo Tbilisi, after all, are one of only two teams from the Soviet Union (the other one is Dynamo Kyiv) to have won a European trophy, the 1981 UEFA Cup Winners’ Cup against Carl Zeiss Jena.

A club with European history known for the beautiful game around the post-Soviet space it is that mantra that Giorgi Chakvetadze carries. On the pitch, he has shown this season that he can be an ambassador of the sort of football Georgia wants to stand for and identifies with on the world stage.

A move to a big club like Bayern or Barcelona would turn Giorgi Chakvetadze into a Georgian legend and could catapult him into the same category as the mentioned-above legends. But that move has to be calculated, his next move would also have to guarantee that he could develop as a player.

In that regard, a Bundesliga side might be his best option. The Bundesliga has a strong connection to Georgia thanks to the likes of Levan Kobiashvili, who played for years in Germany, and many other Georgians that called the country their home. Regarding development, the league has also gained a reputation for letting young players play.

Even a big club like Bayern could be a good choice. The Bavarian giants will rebuild next summer and might go the Dortmund route by targeting young players, who are not yet expensive superstars. It is, therefore, no surprise that Bayern are among the interested clubs. Ultimately, there will be a long lineup for the 19-year-old’s signature next summer and whoever will get their hands on Giorgi Chakvetadze signature will have landed a true talent.