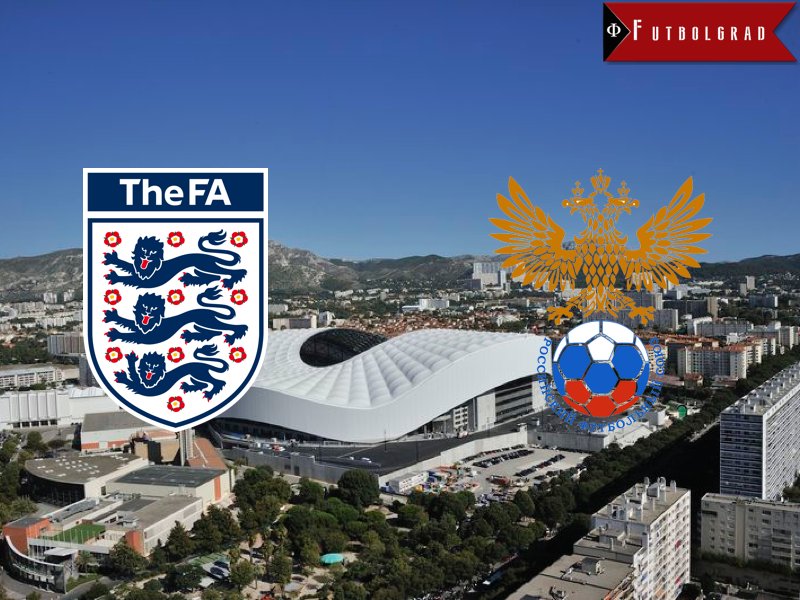 Group B Preview – England vs Russia

If there was measured optimism in the air when Russia qualified for Euro 2016 last year, then right now an air of pessimism hangs over the country’s fans. In response to Sport-Express‘ fan survey asking how far Russia will get, 41% of respondents currently think the Sbornaya won’t get out of the group stage. Phone ins over recent weeks have become even more downbeat in their tone, with some fans already asking whether there will be any new blood to replace the current side in time for the 2018 World Cup.

The pessimism continued following an injury to midfielder Alan Dzagoev, which he suffered on the final day of the domestic season. Against an English team whose key players have by and large improved in the last six months, Dzagoev—with his clever improvisation and ability to find a killer pass—would have been key for the England vs Russia match.

Dzagoev is probably irreplaceable—nobody else can provide that link between his CSKA Moscow teammates in defence and attack as well as he would have. Instead, another effective midfielder is needed who can do a slightly different job. There is Roman Shirokov, once the creative brains of the team, but injuries and disputes at the club level suggest his best days are behind him.

The latest news from the Russian camp suggests the newly naturalized Roman Neustädter will get a start in midfield against England. This would be Neustädter’s full debut—a weak second-half performance in a friendly against Czech Republic (where he played in defence) led many to question whether he was worth his place in the squad, let alone the fast-track naturalization.

As well as Neustädter, the injuries to Dzagoev and Igor Denisov have pushed CSKA midfielder Aleksandr Golovin up the pecking order—some even expect him to start against England on Saturday. The 20-year-old is in his first season at CSKA as a senior player, but already has two goals in three games for Russia. With few other options to link midfield and attack together, Golovin could feature against England.

Elsewhere there are fewer questions. In defence a late injury to Rubin Kazan’s Oleg Kuzmin means a back four of Igor Smolnikov, Vasily Berezutskiy, Sergey Ignashevich and Georgiy Schennikov is almost certainly what Russia’s group opponents can expect. England will want to use their fast front line against what is a slow Russian central defence.

Up front it seems that coach Leonid Slutsky may start with all three forwards selected in his squad. Artem Dzyuba will be in the centre—a sometimes ponderous but imposing forward popular with fans for not taking himself (or anything else) too seriously. Aleksandr Kokorin—Russia’s next big thing for the fifth year running—and the in-form Fedor Smolov, will support Dzyuba. A superb second half of the season for FC Krasnodar means that many are tipping Smolov to be Russia’s star man. He’ll likely start on the left—he has plenty of pace and is great at cutting inside and finding the target.

Starting all three forwards leaves Russia with few options should they need to freshen things up in attack in the later stages of the game. The most likely alternative would be Smolov replacing Dzyuba in the middle and Oleg Shatov replacing him on the left. Shatov is a great wide attacking player, but looks likely to be played out of position by Slutsky in a more central role against England.

So what will happen on Saturday? England tends to start slowly at tournaments, so don’t expect a dominant performance from them. Russia don’t seem as if they will be playing as defensively as expected. My prediction is a 1-1 draw, with both teams hoping for wins in the other group matches. Only one of them, though, will get out of the group.