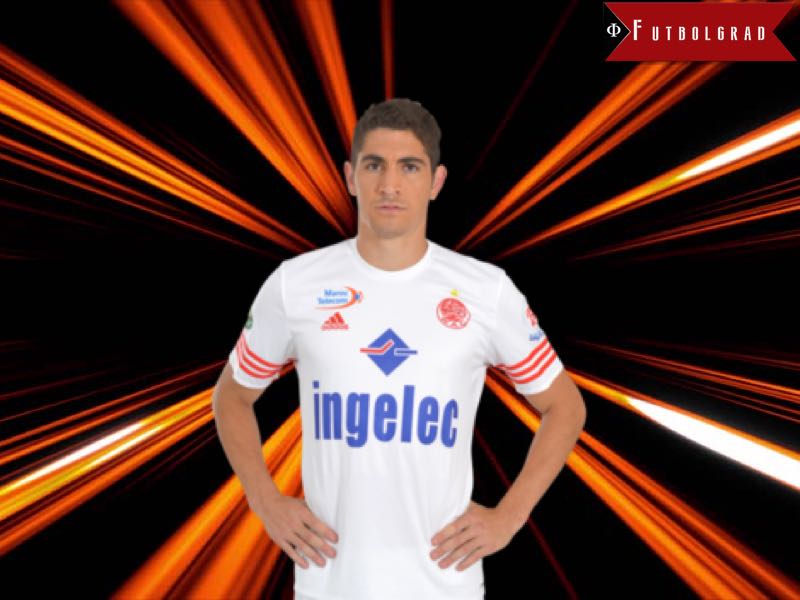 In what has been the first major transfer of the Paulo Fonseca era at Shakhtar Donetsk, the club has signed Karpaty Lviv forward Gustavo Blanco Leschuk. In fact, the club has seen a flurry of activity of late with Alan Patrick (Flamengo), and Pylyp Budkivskyi (Anzhi Makhachkala) returning from their respective loan spells.

With Alan Patrick and Pylyp Budkivskyi back at the club, Shakhtar have now further increased their squad depth up front. But it is the signing of Gustavo Blanco Leschuk that is the most fascinating of the three transfer activities.

Gustavo Blanco Leschuk, in fact, ranked third in the Ukrainian Premier League goal scoring race behind Dynamo Kyiv forward Junior Moares, and his new Argentine teammate at Shakhtar, Facundo Ferreyra. The presence of Ferreyra, in fact, had some wondering whether Shakhtar needed to sign another forward at all.

This is further accentuated by the fact that, with the Ukrainian national team player Budkivskyi, and the talented Andriy Boryachuk, Shakhtar has two additional forwards in their squad. As a result, it would not be surprising if Shakhtar chose to sell Budkivskyi in the winter transfer window, as the Ukrainian striker is a similar type of player to Ferreyra and Blanco Leschuk.

In the meantime, Andriy Boryachuk is a more flexible forward, who can play as a false nine, but is also effective in the 4-2-2-2 formation with another flexible forward like Shakhtar’s Dentinho.

Paulo Fonseca, in fact, likes to rotate his squad on a frequent basis, but at the same time lacked a real alternative to Facundo Ferreyra. Blanco Leschuk, like Ferreyra, is a relatively tall forward with a strong physical presence in the penalty box.

Shakhtar have ambitious goals for the rest of the season, in that the Miners hope to put in a major challenge for the UEFA Europa League title. Playing Celta Vigo in the round of 32 on February 16, Blanco Leschuk will add a much needed striking option up front, should Facundo Ferreyra go down with an injury.

Despite playing for last-placed Karpaty Lviv, who were deducted six points for financial problems at the beginning of the season, Gustavo Blanco Leschuk has, in many ways, been a major revelation in this season’s Ukrainian Premier League. His seven goals mean that he was responsible for more than a third of the club’s 18 goals.

Gustavo Blanco Leschuk also will bring an entirely new element to Shakhtar Donetsk, and that is his strong aerial ability. A recent study by tribuna.com has shown that the former Karpaty striker has scored the vast majority of his goals, because of his dominance in the air.

With Shakhtar often operating with two fast wingers, and with the likes of Marlos, Taison, or Bernard, having the capability to provide centre forwards with excellent crosses, Shakhtar now have added an entirely new element to their frontline attack. The added element up front will make it even more difficult for the opposition to defend against the Ukrainian giants.

Given what Blanco Leschuk is bringing to the table, losing the striker will be a minor disaster for Karpaty. But the 25-year-old forward’s contract would have been up in the summer, and with the Lviv-based club battling major financial problems, Blanco Leschuk was always unlikely to sign a new contract in Western Ukraine—which means that he could have left the club on a free transfer.

With several contract offers from Spain and England on the table, and with Shakhtar the only club willing to sign the forward right away, Karpaty had to make the decision to let Gustavo Blanco Leschuk go now in order to receive a transfer compensation.

Worth €700,000, it is understood that Shakhtar paid around €1.5 million for the forward. This is definitely a major step up for a striker who, just two seasons ago, struggled to break into Wydad Athletic Club Casablanca’s first team in the Moroccan Botola Pro division.

The level of his play is even more impressive when one considers that he played the 2015 season for Assyriska FF in Sweden’s Superettan (2nd division). After scoring nine goals in 25 games for Assyriska, he was signed by Karpaty in January 2016. But just two goals in nine games was not exactly an impressive return.

But certain players take time to mature, and this seems to have been the case for Blanco Leschuk, who has now gone from a relegation battle in the UPL to competing for the trophy in the Europa League. For Shakhtar, the player will certainly be a bit of a project, but it will be interesting to see how the Argentine, who was raised in Mendoza, will do when surrounded by top class players such as Bernard, Marlos, and Taison.

The recent example of Lucas Pérez—who had a modest time at Karpaty between 2011 and 2013, but after scoring 17 goals in 36 games for Deportivo La Corunã last season earned a move to Arsenal—shows that Karpaty has a nose for unearthing talented forwards, even if those talented forwards tend to blossom elsewhere…