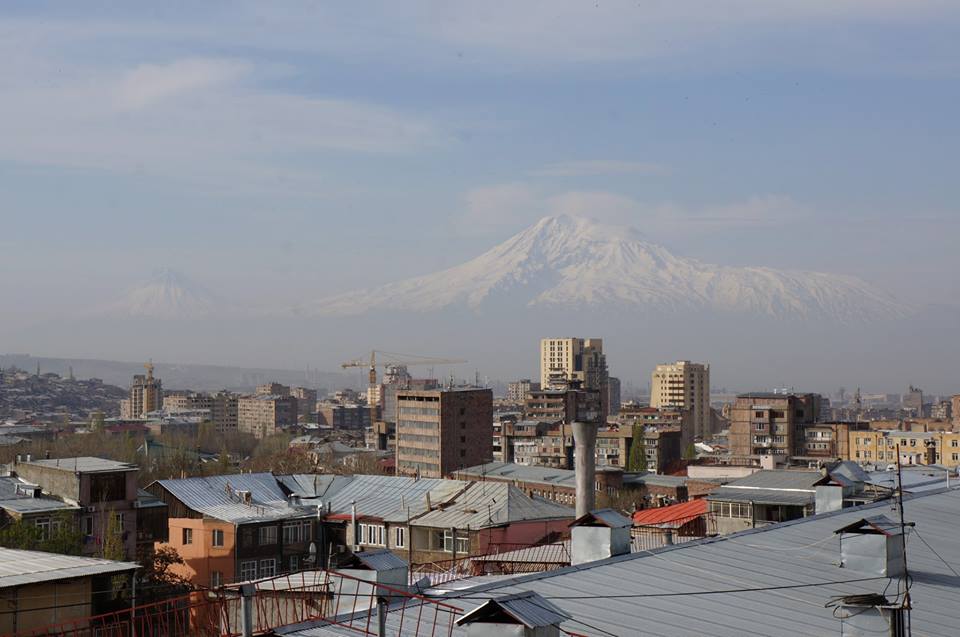 Armenia’s latest World Cup Qualifier against 2012 European Championship finalists Italy was the match in which Henrikh Mkhitaryan (currently the top scorer in the Ukrainian Premier League with Shakhtar Donetsk) confirmed himself as one of European football’s brightest prospects, a title often rewarded without ample justification. However, in this particular instance, Futbolgrad posits that the hype is indeed genuine.

The match in question took place last Friday at the Hrazdan Stadium, a Soviet football amphitheatre built at the foot of a gorge in the hope of capturing the organic acoustics of the space. Roofless of course, as it never rained in the Soviet Union, the setting nevertheless provided an autumnal ambience that was conducive to a competitive match for the Italians against the highest ranked side from the South Caucasus (albeit Armenia lie just one place above Georgia, 64th and 65th place, respectively).

Having fallen behind in the 11th minute to a painfully eloquent Andrea Pirlo penalty (the man who failed to lose possession against a hapless England side in Kiev, during Euro 2012), Armenia restored parity 17 minutes later, when Mkhitaryan shredded through the Italian’s concatenated (à la Catenaccio) defence. 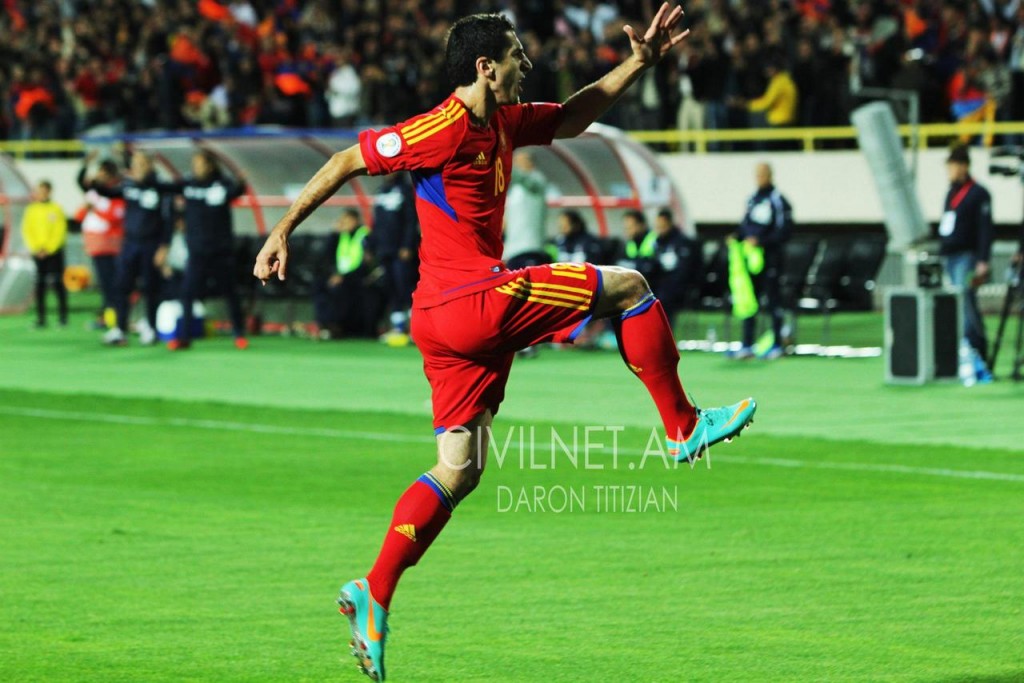 Mkhitaryan celebrates his strike against the Italians

Picking up a loose ball on the edge of the centre circle after Italian wing back Christian Maggio and Armenian midfielder Davit Manoyan (currently at Pyunik Yerevan on loan from FC Kuban Krasnodar) smashed skulls – a fact that did not escape the Italian manager Cesare Prandelli’s post-match thoughts – Mkhitaryan, who was a constant pest all evening for the Italian defence, produced the game’s tour de force.

Having inherited possession, Mkhitaryan advanced, gaining pace like a plane speeding across a runway. He glided forward, shortening his stride somewhat, in order to allure and then challenge the Juventus defender Andrea Barzagli’s obligation to obstruct his path. From then on, Mkhitaryan flashed into a stride, which cemented Barzagli to such an extent one wonders if the Italian still remains planted in Yerevan to this day. Mikhitaryan completed his sprint by outpacing Roma’s Daniele De Rossi, who looked like he wanted a premature shirt swap, before swinging his left foot which mortalized Italian World Cup winning legend Gianluigi Buffon.

What makes Mkhitaryan’s rise to fame somewhat surprising, and ultimately of interest for Futbolgrad, is that he is Armenian. This landlocked, mountainous and vastly homogenous country, sandwiched between Georgia, Azerbaijan, Iran and Turkey, and populated by only approximately 3.2 million inhabitants, is hardly renowned for producing footballing talent in recent times. The fact can be expressed by contrasting the record of Armenia’s current all-time leading scorer, Arthur Petrosyan, with that of Mkhitaryan’s. The former required 69 caps to reach the peak of 11 goals, whilst the latter has nine already in 34 appearances. 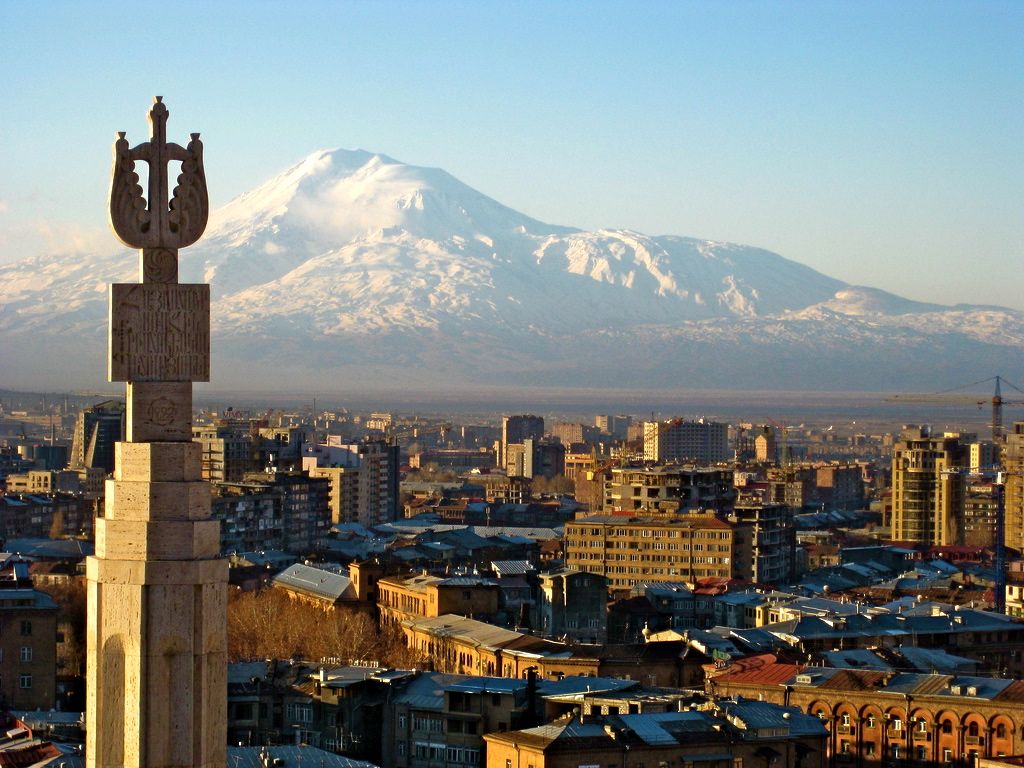 However, times they appear to be changing for the Armenian national side and the rise of Henrikh Mkhitaryan’s profile is no coincidence. In the last qualifying campaign, a final matchday defeat from the largely unimpressive Republic of Ireland in Dublin ensured that the Armenians would be watching the championships drinking Ararat Cognac at home (reportedly a favourite tipple of Winston Churchill after what appeared to be a rather boozy post-war reorganization in Yalta) rather than Polish or Ukrainian vodka.

Henrikh Mkhitaryan’s footballing progression has been fast yet steady having earned his stripes at Pyunik Yerevan. His form prompted a move to Ukraine’s Metalurh Donetsk in the summer of 2009 for a fee of £308, 000, and in his second season such sterling performances were rewarded with the captain’s armband; the youngest player to have such a duty in the club’s history. However, Mkhitaryan’s career really began to alchemize with his move to Metalurh’s wealthy neighbor Shakhtar, one of Ukraine’s oldest and certainly richest club; owned by local oligarch, Rinat Akhmetov.

Mkhitaryan appears destined to move on to one of Europe’s biggest leagues and whilst Donetsk, a favoured settlement of the Brazilian diaspora, provides an ideal facility for acquiring experience in the Champions League and for his Portuguese language development (one of five languages Mkhitaryan claims to speak), the bright lights will inevitably pull him westward.

A suitable destination may well be to a side that will be patient and not require a yield from his abundant potential instantly. In particular, Arsenal would appear an appropriate match in terms of their style of football and the size of club/level of pressure. However, as Arsene Wenger prefers to pan for his gold rather than to mine, it is a matter of some dubiety whether a move to the Emirates would be feasible.

In any case, note the name, if not the perfect pronunciation: Henrikh Mkhitaryan.