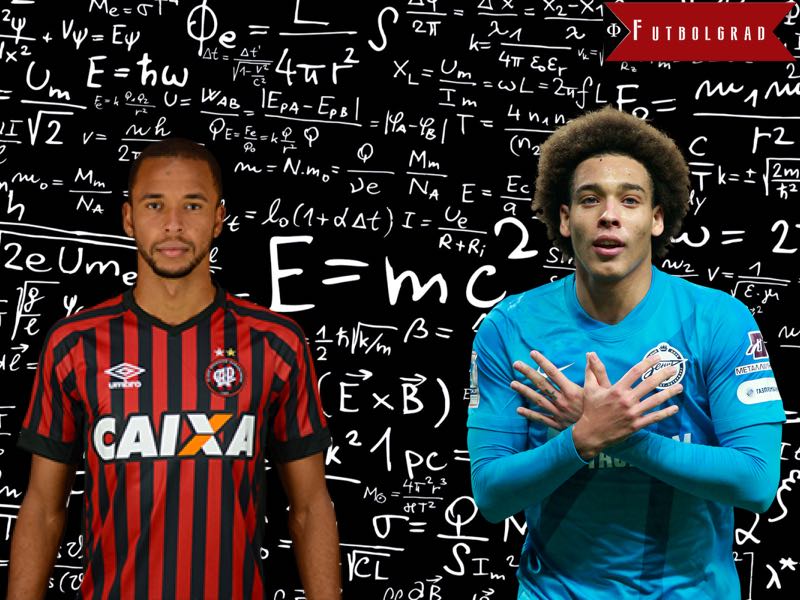 The title race between Spartak Moscow and Zenit Saint Petersburg has been a recent hot topic not only on this page, but also on the World Football Index Futbolgrad Podcast. Saul Pope and I have been back and forth about which club has the greater chance to win the title. We disagreed somewhat—big surprise!

The thing that the two of us agreed on was the fact that both clubs would be major buyers in the winter transfer window, which will open on January 1, 2017. And it is Zenit Saint Petersburg, who made the first major move of the winter by bringing in the Brazilian midfielder Hernani Azevedo Júnior from the Brazilian Série A Clube Atlético Paranaense.

Atlético PR have reportedly agreed to sell Hernani to Zenit (Russia) for €8m, they had previously rejected an offer from Monaco. pic.twitter.com/tADD5C3g0r

The defensive midfielder is already in Saint Petersburg and, according to our sources, the move will be finalized as early as today, and will cost Zenit €8 million. Futbolgrad.com was able to speak to the Brazilian football writer Paulo Freitas, and Brazilian World Football Index Podcaster and Botafogo Star writer, Austin Miller, about the transfer.

Hernani has a great offensive mind

Both describe Hernani, as a 22-year-old defensive midfielder, with a great offensive mind. He scored six times for Parananense this past season, and has the ability to hit the goal from a decent range. He is also described, as a pretty strong passer, so can figure in building the attack from the defence. Another great feature about the midfielder is his link up play, and his man marking.

The big question for Zenit fans, however, will be whether Hernani has the potential to replace Axel Witsel. Witsel is heavily linked with a move to Juventus Turin. In fact, Witsel’s move to Juventus was all but done on the last day of the summer transfer window.

Witsel had already passed the medical examination, and was in a hotel room in Turin waiting for both clubs to come to terms. Then, at the last moment, Zenit pulled the plug on the transfer, as they had failed to find a replacement for Witsel in time.

At that time Zenit were linked with Lanús’ Paraguayan midfielder, Miguel Almirón. In fact, a transfer appeared all but done, but then fell through at the last moment. Hence, in turn, Zenit pulled the plug on Witsel’s move to Italy.

Many Juventus fans hoped that Witsel would join them in the winter, but then Almirón signed for the Major League Soccer team Atlanta United. Almirón, in many ways, would have been a great replacement for Witsel this winter, but his big money move to the United States meant that Zenit had to look elsewhere or hang on to Witsel until the summer.

Hence, the major question now is whether Hernani could be a replacement for Axel Witsel. Here is where the experts tend to disagree a bit. When asked about Hernani being a suitable replacement for Witsel, Paulo Freitas stated: “I think he could [be a Witsel replacemt] but I don’t think he will ever become a really top player.” Austin Miller, in the meantime, said: “I don’t think he’s that calibre right now. He’s still young. But if Witsel gets sold—I have no idea if that’s a possibility—I think he could step in and, given a year or two, could get close to that level.” 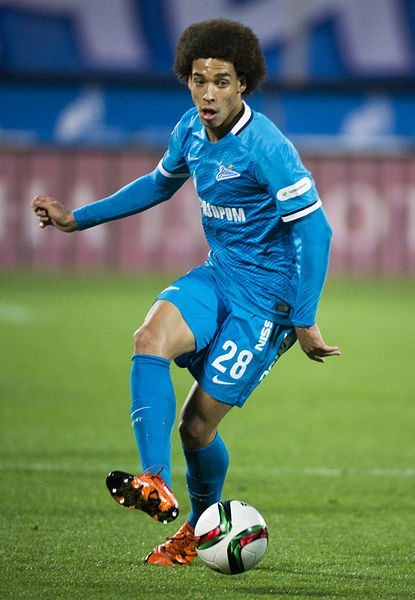 What this means is that Hernani, although talented, does not necessarily have the potential to replace Witsel right away. There has been talk that Juventus could buy the Belgian midfielder for €6 million in the winter break, but with Hernani being a diamond in the rough, Zenit could be very loathed to sell the Belgium midfielder during the winter break.

This is possible especially because the Sino-Belo-Goubye are currently five points behind Spartak in the title race. Mircea Lucescu was brought in with the task to bring the title to Saint Petersburg, and Axel Witsel has been a major factor in Zenit’s play, as he played 16 of Zenit’s 17 RFPL games this season, scoring once, and giving one assist.

Witsel had a pass completion rate of 89.2% in the RFPL, and an even more impressive pass completion rate of 92.6% in the Europa League this season. Hence, while Hernani was more productive in the Brasileirão this season, with six goals in 30 games, his pass accuracy rate of 79.5%, while still a good statistic, means that Lucescu could be unlikely to see Hernani as an immediate replacement for Witsel.

Mircea Lucescu has a great track record working with Brazilians

It is, therefore, difficult to say whether Hernani’s arrival in Saint Petersburg could be a sign for Witsel’s impending departure. But, in his 12 years with Shakhtar Donetsk, Lucescu has shown that he has a great eye when it comes to identifying Brazilian talent, and the ability to develop them into top players.

Most recently, he has turned the Brazilian winger, Giuliano, from an attacking winger to a playmaker. Giuliano, in fact, has made a significant step forward in his development since joining Zenit from Grêmio in the summer—scoring seven goals in 15 RFPL games, and six goals in six Europa League matches.