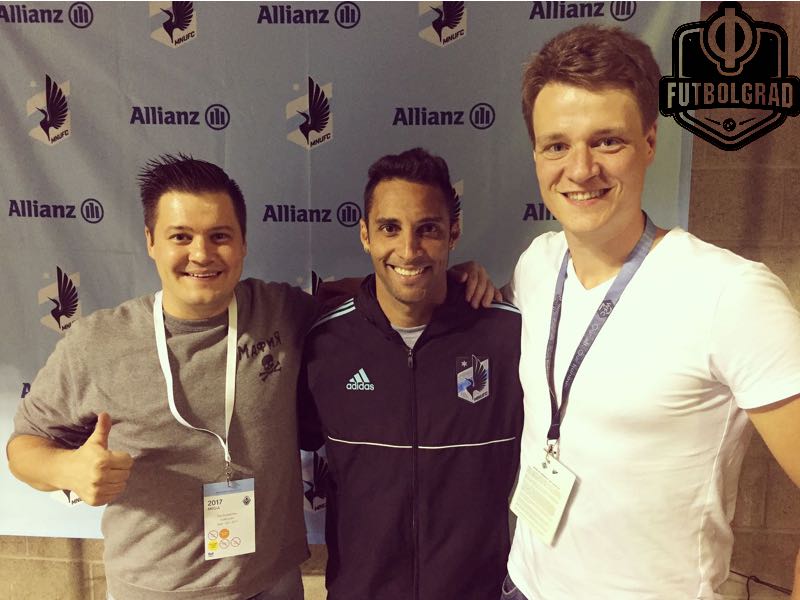 It is not the best day at the office for Minnesota United as they face the Vancouver Whitecaps away at BC Place. Minnesota joined Major League Soccer this season after six years in the second division North American Soccer League. Unlike fellow expansion franchise Atlanta United, Minnesota chose to very much use the core of the team that played in the NASL last season. Among the players is the Brazilian Ibson.

The Futbolgrad Network was desperate to speak to Ibson after the match. The Brazilian midfield maestro played had a world-class career that included stints at Flamengo, Porto, Santos, Corinthians and Bologna. We are of course mostly interested in speaking to Ibson about his time at Spartak Moscow where Ibson played from 2009 to 2011.

Join us for Kick Childhood Cancer Night on Saturday vs. @FCDallas.

Getting an interview with Ibson is easy. Major League Soccer is one of the best-run leagues regarding giving press access to players. In what is a bit of a bizarre situation many clubs allow journalists into the dressing rooms to speak to players as they get changed. We are therefore greeted with a big smile as we approach United’s press officer ahead of the game, who tells us: “Of course you can speak to Ibson… but can you speak Portuguese?”

Ibson – “Can You Speak Portuguese?”

Ibson, in fact, is one of the most in-demand players of Minnesota United. The press officer tells us that they often get press requests but that the language barrier has been a major obstacle. There are good reasons to speak to Ibson. The Brazilian midfielder has seen at all and his career and his transition to North America—Minnesota’ press officer is honest with his assessment that Ibson was at times frustrated with life in the NASL last season—is worth speaking to him—not to forget that he is a Spartak legend.

This, of course, represents a major obstacle for the Futbolgrad Network team. Neither of us speaks Portuguese. Asked whether any of Ibson’s teammates only warrants a negative response. Minnesota are happy for us to talk to the player, but we must find a translator. Our next stop was therefore with the Whitecaps’ press department, but although the Whitecaps have a large South American contingent they do not have a single Portuguese-speaking player.

Once again we are told, however, that if we find a translator, we can bring that person in an interview the player. Faced with finding a translator in just 90 minutes we took to Twitter asking for help. The tweet quickly went viral and was picked up by the BC Place social media team, who at first retweeted the tweet and then directly contacted us that they had someone on the team, who can speak Portuguese.

“I am Happy Spartak Have Finally Won the Title

His face then quickly brightens when we ask him about his time at Spartak rather than the 90 minutes on the pitch. Minnesota have just been defeated 2-0 by the Whitecaps another defeat in what has been a difficult first season for the Loons. He, therefore, smiles when we start our questions with Spartak Moscow’s recent championship.

“Of course I followed Spartak’s season and I am happy for them to have finally won the championship.” He also remembers his time under head coach Valeri Karpin. “A good coach, with excellent management skills, he was important for my career.” But what stood out the most to Ibson was cold. Asked about the weather he puts both arms around his shoulders and makes a freezing nothing saying: “tão frio (so cold)!”

He then laughs when Tim tells him that he is from Siberia. “You are from Siberia?! So cold. I remember when we went there for the first time. The Brazilians were all put in a special dressing room to warm up.” Ibson cannot remember what game, in particular, this was, but looking at the list of games that he played with Spartak it was likely the April 2010 fixture against Tom Tomsk or the November game of the same season against Sibir Novosibirsk. 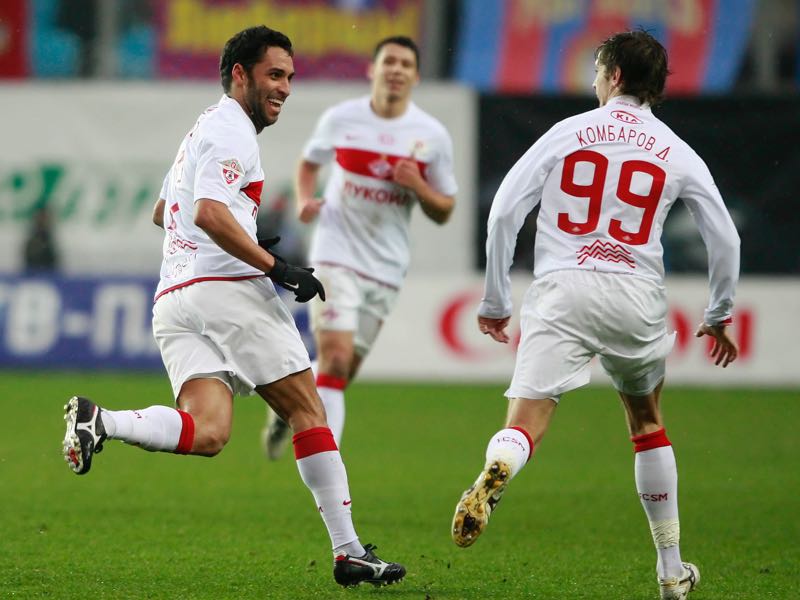 Altogether that was a tough season to fully make the transition to Russian football. Signed by Spartak the year before Ibson was a big part of Spartak’s 2010 season in which he played 28 out of 30 games. Unfortunately for Spartak, the season ended with another disappointment finishing in fourth place outside the Champions League spots and 19-points behind champions Zenit.

The following year the Russian Football Premier League made the difficult transition from the spring to fall to the fall to spring calendar. As a result, the RFPL played a mammoth season that begun in March of 2011 and ended in May 2012. Ibson, however, did not see the end of that season in Russia. Ibson left the club after the 3-0 defeat to Zenit Saint Petersburg on May 29, 2011, moving back home to play for legendary Santos in Brazil.

From there he began a bit of a journeyman career playing for Santos then Flamengo before returning to São Paulo to play for Corinthians. A brief return to Europe with Bologna in the Serie A was followed with a final stint in Brazil with Sport Recife in Brazil. On loan with the Brasileirão side Sport were not able to retain the Brazilian. Instead, Ibson moved on to North America to join Minnesota United in February 2015.

At that point, Minnesota United’s board was amidst securing a Major League Soccer expansion franchise and in March of the same year MLS awarded the United ownership group the right to start the 2017 MLS season. Unlike many other expansion teams, Minnesota had a clear plan to build an organic team over the coming years. 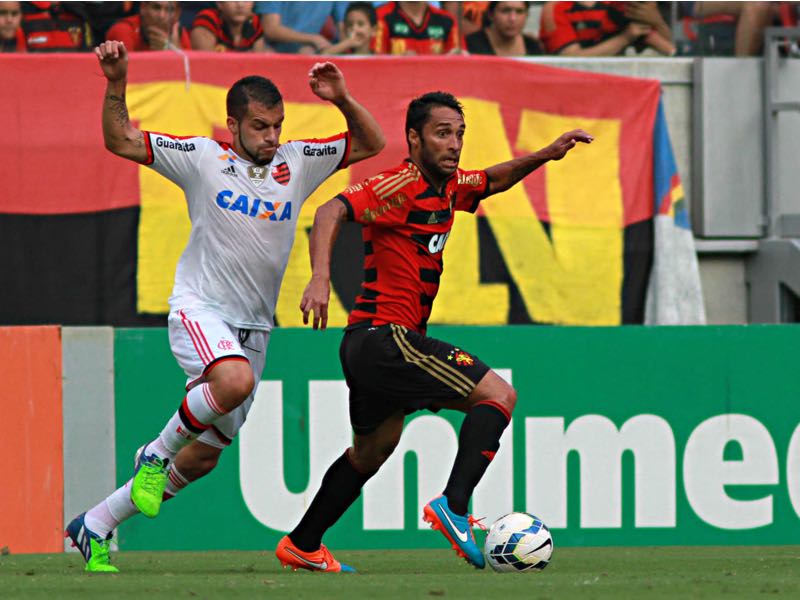 Using the NASL squad as a foundation, Minnesota United made little changes from the 2016 NASL squad to the 2017 team that started in MLS. In all of this Ibson was a big part. An attacking midfielder during his Spartak days Ibson was dropped further back to become the anchor of a very inexperienced team. Ibson was open about the transition. “The level in NASL was not the same as playing for a big club like Spartak in Europe. But MLS is a big step forward for our team.”

“My Role has Changed in North America”

Asked about his own changing role Ibson admits that he is putting the team first. “My role has changed I am just trying to use my experience to help the team.” His role from his Spartak days has definitely changed dramatically. In Russia, Brazilian players are brought in to create special moments to provide flashy moments that can dazzle.

That is what the fans of the Myaso expected every game from Ibson. At times he was able to provide exactly that. He was a special player during a time that was not exactly easy for Spartak. Now at Minnesota the owners and the management want him to be the calming influence over a young side. This was evident in the game against the Whitecaps where he played like a chess master stringing together passes acting in a deep-lying midfield role, not unlike Xabi Alonso did so well for Liverpool, Real Madrid and Bayern.

Ibson seems to enjoy that role. Asked about he smiles and says “yes it is a different challenge.” On that note, we conclude the interview with a picture and Tim thanking Ibson for his time with Spartak. In character, Ibson shakes our laughing at our attempts at speaking Portuguese. Typical for a player, who has become a silent leader for a still young MLS club.