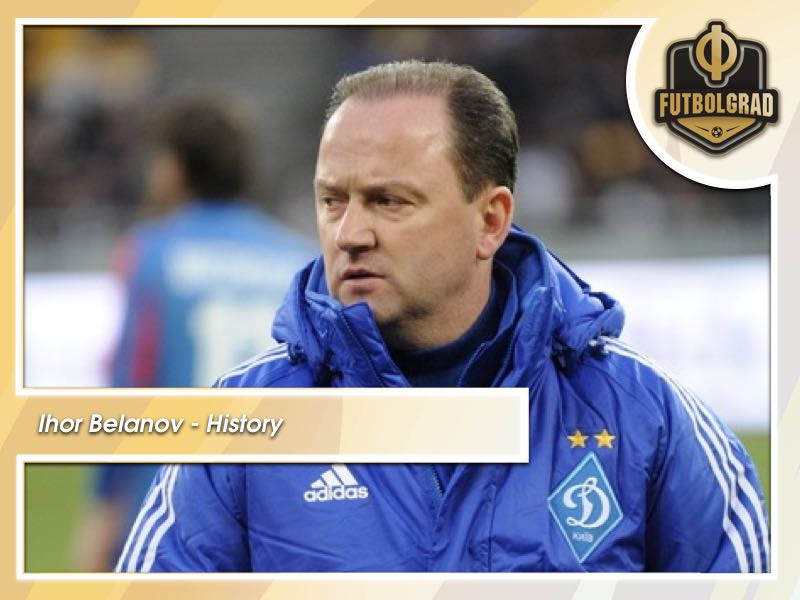 A legend of Ukrainian football, Igor Belanov had a brilliant career at Dynamo Kyiv saw the attacking midfielder win a total of eight honours at the club, one being the UEFA Cup Winners’ Cup with Valeriy Lobanovskyi at the helm. Supplementing his extensive trophy cabinet, Belanov became the second Ukrainian to win the Ballon d’Or after an impressive 1985-86 season. Three years later at the age of twenty-nine, the Ukrainian maestro traded the Soviet Union for West Germany, signing for Borussia Mönchengladbach.

Unable to perform at the calibre expected of the Ukrainian at Borussia Mönchengladbach, Belanov resorted to Eintracht Braunschweig in order to rekindle his career in Central Europe. Returning to his homeland in 1995, Belanov’s career after Dynamo Kyiv was a period of challenges and difficulty.

One of the great Eastern European players of his era, Igor Belanov’s trials and tribulations in Central Europe were ultimately a story all too familiar to Ukrainian’s making the transition abroad in the twenty-first century. Struggling to adapt, this is a story of Belanov’s career after Dynamo Kyiv.

Igor Belanov signed for Borussia Mönchengladbach in the summer of 1989. Obtaining the desired clearance to play for a Western European side, the Ukrainian maestro had the opportunity to shine elsewhere. Belanov’s chance to succeed abroad was a case of now or never.

The Ukrainians left behind an established career of 121 appearances and 31 goals at Dynamo and a trophy cabinet that was already bursting with club and individual achievements; namely the Ballon d’Or.

An era of conflicting ideologies, communism, capitalism and east versus west, Belanov’s move to Central Europe reflected the willingness of Soviet citizens to move west and ply their craft away from their respective home country. The move to West Germany symbolised a wide-reaching change in the Soviet Union. Despite the reluctance to see their stars leave an entity whom prides itself on sporting greatness, the collapse of the Soviet Union, combined with the ever-widening appeal West, was something many couldn’t turn down.

Making his debut on 4 November 1989 against VfB Stuttgart, Belanov’s first experience of football in pastures new was one to forget. Losing 4-0, the Ukrainian’s taste of the Bundesliga was one of disappointments and hardship; words that would encapsulate Belanov’s career at Borussia Mönchengladbach. Playing a total of twenty-four games for die Fohlen, the Ukrainian failed to live up to the star-studded career of Dynamo Kyiv. Scoring a total of four goals, the Ballon d’Or winner was faltering in Western Europe.

The exploits of yesteryear firmly in the past, Germany proved to be too much. Failing to adapt, it was inevitable that the Ukrainian would no longer play for die Folen. A disaster in Mönchengladbach encapsulated in Belanov’s wife being arrested for shoplifting, the maestro sought for pastures new. Moving to Eintracht Braunschweig, Belanov found himself playing in the second tier of German football, five years after winning the Ballon d’Or.

From the glory of Dynamo Kyiv to the depths of Germany’s second tier, Igor Belanov’s post-Kyiv was one of instability and hardship. Aspiring for glory in the West, like many Soviet athletes during this era, the Ukrainian sought to rekindle his career. Moving northeast, Belanov joined Eintracht Braunschweig.

Spending a total of four years at Braunschweig, Belanov scored 21 goals in 67 appearances for die Löwen. Failing to make an appearance during the turbulent 1992/93 season, of which Braunschweig suffered relegation, the Ukrainians career was all but coming to an end. Despite finding a sense of stability in Lower Saxony, it was perhaps too little, too late.

Joining Chornomorets Odesa in 1995, Igor Belanov returned to something which didn’t exist previously; an independent Ukraine. Now at the age of 35, the Balon d’Or winner was fast approaching the end of his career. Returning to where in all began in his home city of Odesa, Belanov could end his established career at home.

Making a total of three appearances and scoring one goal for his home side, the storied midfielders career had been on the decline since leaving Dynamo Kyiv in 1989. Despite the aspirations of football outside of Eastern Europe, Belanov was unable to adjust to life in the ever-changing west. Finishing his career at Metalurh Mariupol, the once-great player ended life as a footballer in the cloudy realm of despondency.

Igor Belanov’s exploits at Dynamo Kyiv will forever be remembered. However, his career after the Kyivan club has been left on the dusty bookshelf of disappointment.