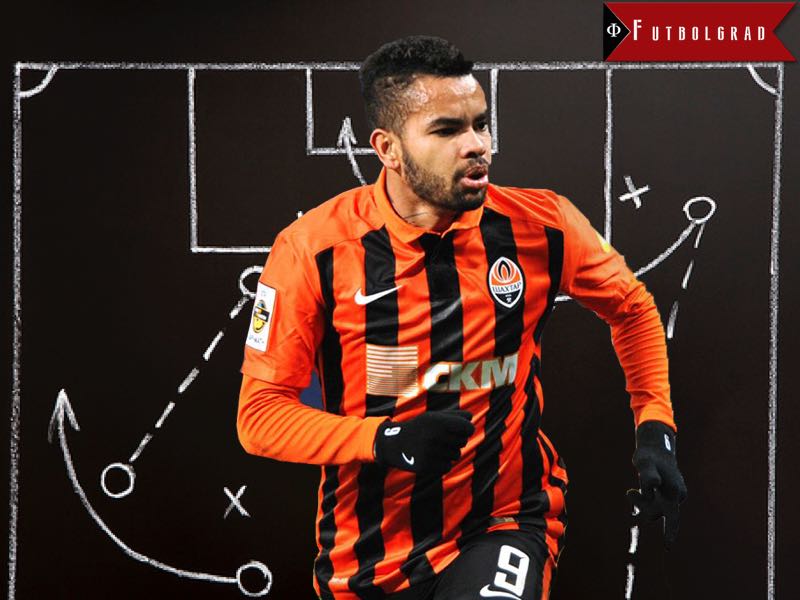 The importance of Dentinho in Shakhtar’s tactical evolution

Matchday 6 of the Europa League saw another convincing result by Shakhtar Donetsk, as the Miners finished the group stage by winning six out of six matches, with a convincing 4-2 victory over Braga. In fact, Shakhtar’s performances in Europe have been devastating at times, as the club scored 21 goals, and only conceded 5.

What makes this performance even more impressive is the fact that head coach, Paulo Fonseca, frequently rotated the squad for Europa League matches, and often fielded a “weakened” side.

The team against Braga included the likes of defender Serhiy Kryvtsov, who has seen limited playing time this season, but scored twice against the Portuguese, and 21-year-old midfielder Vyacheslav Tankovsky, who has not featured for Shakhtar in the Ukrainian Premier League at all this year.

Fonesca’s tactical formation was also a surprise for those who do not watch Shakhtar on a regular basis in the Ukrainian Premier League, as he used a 4-4-2 formation that looked, at times, like a 4-2-4 formation with the two wingers Taison, and Marlos joining forwards Dentinho, and Andriy Boryachuk in the attack.

In fact, Shakhtar’s transition game was what hurt Braga the most, as Taison, Dentinho, Boryachuk, or Marlos, would pick up the ball in their own end, and then quickly transition through Braga’s midfield. Both of Taison’s goals were prime examples of this, as the Brazilian used his speed to hit Braga’s defence to great effect.

Things also did not get better for Braga after Bernard was brought on in the 58th minute for Marlos. Bernard, in many ways, also embodies the quick transition play that Shakhtar have been playing this season, as the Miners win the ball quickly, and the swarm forward to collectively overwhelm any defence.

We have pointed out that Bernard seems to have come back into form under Paulo Fonseca this season. The Brazilian has, indeed, scored twice in the Europa League, and also has given three assists. His numbers, at first glance, appear a little underwhelming in the Ukrainian Premier League, as he has only scored once, and given three assists, in 12 games thus far.

Shakhtar this season, however, have been all about the collective effort going forward. Hence, the numbers do not tell the full story of Bernard’s progress under Fonseca. What has been evident is that Bernard’s dynamism has been back, and that he, once again, shows the vision to create plays, which often means that he plays the pass that leads to an assist.

But Bernard is not the only player who has impressed in recent weeks. In fact, one of the unsung heroes has been the Brazilian Dentinho. Signed from Corinthians in 2011, Dentinho always was a bit of a fringe player under Mircea Lucescu, who even sent him out on loan to Beşiktaş from January to December 2013.

Shakhtar have predominantly played either in the 4-4-2 (4-2-4), or 4-2-3-1 system this season. Viktor Kovalenko seems to be the more natural fit for the 4-2-3-1 system, which is used when Spartak need to play more possession based football, as the Ukrainian can play as a playmaker behind a natural striker like Facundo Ferreyra.

Fonseca, however, knew that Braga had to play for the win against Shakhtar, and he, therefore, used the 4-4-2 system, which worked devastatingly against the Portuguese. In that system Dentinho alongside Boryachuk, whose role in the system has been described in a previous article, plays as a false-nine.

In fact, Dentinho, and Boryachuk share many physical attributes. Both are relatively short and, therefore, are not great for high balls sent in the box. At the same time, both possess ample pace, and the ability to turn on a dime. 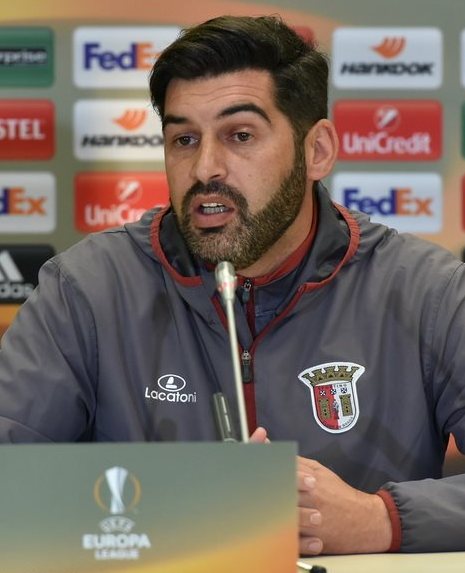 Fonseca has been able to resurrect Dentinho’s career – Image by Bogdan Zayats CC-BY-SA-3.0

The two forwards also possess the awareness to drop deep, and can play a great final pass, which means that they can be an effective playmaker when they drop deep to create space for each other. The fact that they both possess similar attributes means that it is extremely difficult to slow down Shakhtar’s attacking play, as opposition lines will have to focus on both players equally.

The evolution of Dentinho from a fringe player to a key player has, therefore, allowed Shakhtar to be tactically more flexible, as Shakhtar can now play three or four systems that can be switched even within a game.

Shakhtar are dominant once again

As a result, Shakhtar have dominated the domestic Ukrainian Premier League, where they are ten points ahead of Dynamo Kyiv after matchday 17. Their performances in the group stage of the Europa League also means that they should be named as one of the possible candidates that could win the competition this season.

When identifying the reasons for their recent success, it is difficult to look beyond head coach Fonseca, as Shakhtar did not make a single significant signing last summer. Hence, it is his development of the players at hand that has catapulted the squad forward.

Dentinho is most certainly one of these players, as the Brazilian, who has scored four times in 17 Ukrainian Premier League matches this season, has made a big step forward in his development, and soon could develop into the latest bright Brazilian prospect discovered by Shakhtar Donetsk.