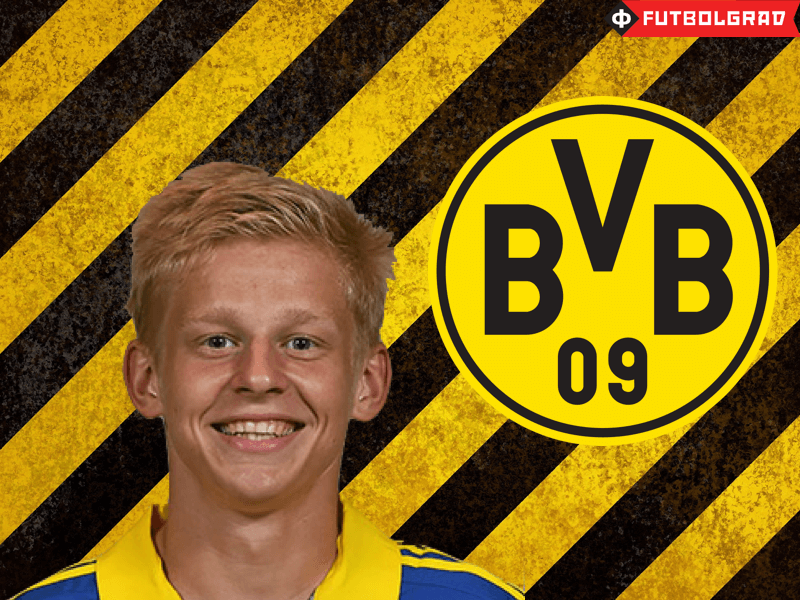 In October 2015, Oleksandr Zinchenko was the subject of a conflict between Shakhtar Donetsk and Dynamo Kyiv, as Shakhtar Donetsk’s President, Sergey Palkin, believed that Dynamo’s officials had orchestrated an unlikely call up for Zinchenko to the Ukrainian national team in order to be in the driver’s seat to sign the talented player from the Russian Football Premier League club FC Ufa.

The legal maneuver was understood as a preamble intended to prevent young midfielder from joining Dynamo Kyiv if he ever chose to return to Ukrainian football.

Shakhtar’s worries seem to have been unfounded, however, because Zinchenko has been strongly linked, in recent days, with a move to the German club Borussia Dortmund. The rumours that Zinchenko could join Dortmund emerged after the president of the ProSport Management agency, German Tkachenko, who represents Zinchenko, told Sport-Express that a move to Germany was possible.

When speaking to the Russian press agency TASS, however, the general director of FC Ufa, Shamil Gazizov, stated, “Borussia is not the only club we are negotiating with.” Indeed, in February, Zinchenko’s agent, Oleg Eremin—another representative of ProSport—told TASS that both Borussia Dortmund, and AS Roma were interested in signing the player and it is now believed that the Italians could be one of the other clubs mentioned by Gazizov.

It is understood, however, that Zinchenko was invited by BVB officials to Dortmund’s Signal Iduna Park during the winter—which was, of course, documented on Zinchenko’s Instagram account—and that Borussia Dortmund are indeed most likely to land the young Ukrainian winger.

With Zinchenko’s move to Germany probable, the question has to be asked: Does the young Ukrainian have what it takes to play for Dortmund? Zinchenko spent this season playing for FC Ufa, a club that is currently struggling against relegation in the RFPL. At the same time, however, transfermarkt.de values Zinchenko at €4 million—a third of the entire value of the FC Ufa squad, which is valued at €16.7 million.

Zinchenko has, so far, played 22 games for Ufa this season netting two goals and contributing three assists. Officially, Zinchenko is listed as a winger, but he has played several positions for Ufa this year; he was used as a left-defender, central midfielder, playmaker, and on both wings. Indeed, he is widely viewed as a winger but there are also strong indications that Zinchenko could have a future, as a playmaker. Furthermore, he is extremely dangerous in set pieces, which should be good news for Dortmund fans, given the fact that Dortmund has been extremely lacking in that department.

At Dortmund, Zinchenko would join a squad that will most likely have to do without their current captain, Mats Hummels—he has asked for a transfer to Bayern. Indeed, it now seems that Dortmund has amassed a list of several young and exciting players with an eye to building a team that can play the not always easy tactical system of Dortmund coach Thomas Tuchel.

Before this season, Borussia Dortmund signed the now 20-year-old Julian Weigl from 1860 Munich, who has quickly become an anchor in Dortmund’s midfield. Other young players such as the 17-year-old American super talent Christian Pulisic, and the 17-year-old Felix Passlack are also making an impact.

For next season, Dortmund have already signed the 19-year-old Spanish midfielder Mikel Merino from Club Atlético Osasuna, and are understood to have reached a deal with Stade Rennais for the 18-year-old French winger Ousmane Dembélé.

Hence, there are strong indications that Dortmund are scouting Europe for young players who can be developed to fit Tuchel’s system and, in light of this strategy, Zinchenko appears to be not only an intriguing target but a logical one.