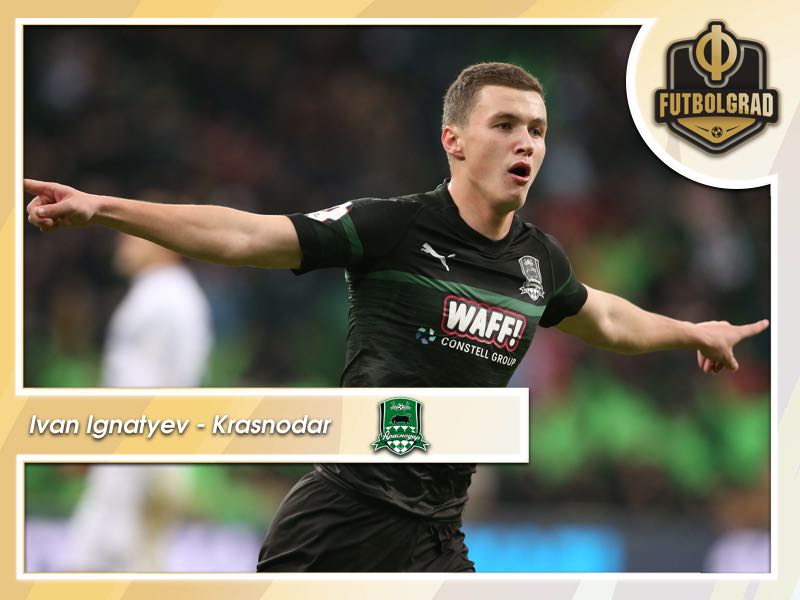 Krasnodar were one of the biggest surprise packages ahead of the Russia winter break. With two-thirds of the season finished the Byki are just one point behind league leaders Zenit in second place despite selling superstar striker Fedor Smolov to Lokomotiv in the offseason. But with Smolov gone Murad Musaev has relied on youth players like Shapi Suleymanov and super talent Ivan Ignatyev to fill the gap.

Smolov was one of the best forwards in the Russian game for the last three to four years. With him gone most, BettingSites thought Krasnodar was a long shot to win the title. But Krasnodar head coach Murad Musaev managed to replace the striker by relying on both experience and youth.

Looking at the current Krasnodar side the average age is 27.2, which makes Krasnodar the seventh oldest team in the league. It is an interesting mix between older players like Ari and Viktor Claesson but also young forwards like Suleymanov and Ivan Ignatyev that have made Krasnodar the most dangerous side in the RPL this season as the Byki have scored 31 goals – four more than Zenit – in the first 20 games.

One of those goalscorers has been 19-year-old Ivan Ignatyev. Wearing the number 85 the young Russian striker was born in Achinsk, which is located deep in Siberia in the Krasnoyarsk Krai region.

It was in Achinsk where Ignatyev’s career started. A talented basketball and tennis player it is not always easy to make the transition from Russia’s Far East Regions to one of the bigger clubs located in Western Russia. Nonetheless, Ignatyev managed to make the move in 2012 joining the Krasnodar Academy as a 12-year-old.

In some ways that makes Ivan Ignatyev a first-generation player of the Krasnodar Academy. FC Krasnodar is a young club. Established in 2008 by the businessman Sergey Galitzky the ethos of the club was to eventually build a side that is primarily reliant on players developed in its academy. 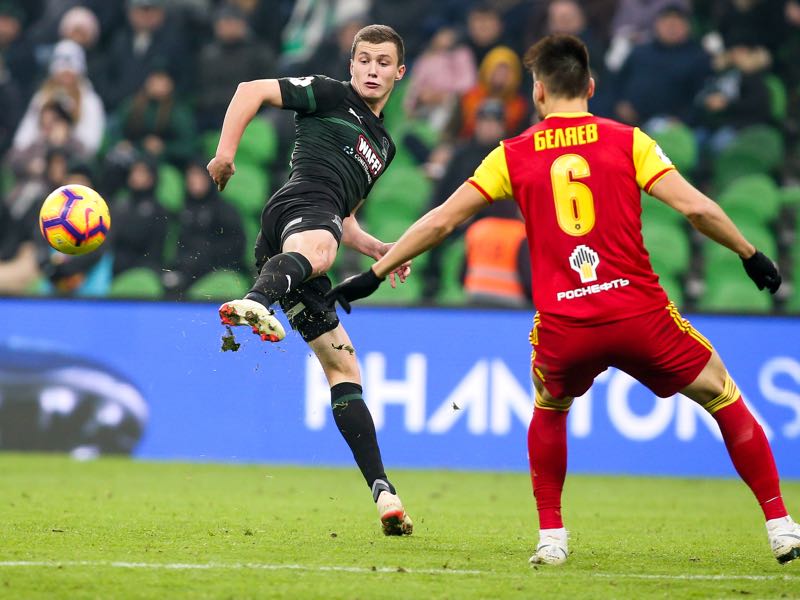 Building a club and a youth academy from the ground up, however, takes time and it only has been in the last two seasons or so that players developed in the youth ranks have filtered up to the first team. Ivan Ignatyev in many ways was one of the first making a name during the 2017/18 UEFA Youth League campaign in which he scored ten goals in just five games helping Krasnodar’s U-19 to reach the knockout stage against Real Madrid where they were eliminated after penalties.

But even before Ivan Ignatyev lid up the Youth League, he was already playing in the Russian Premier Liga. Handed his league debut on matchday 5 of the 2017/18 season he scored in Krasnodar’s 3-2 win over Akhmat Grozny. He then added another on matchday 20 against Amkar Perm but then suffered an injury that kept him out of the squad for the rest of the season.

Ivan Ignatyev by the numbers

This season he has been healthy and as a result, has seen regular playing time. In 12 games the striker has managed four goals and one assist in the Russian Premier Liga. The 19-year-old has also featured for Krasnodar in the Europa League but is still looking for his first European goal of the season.

Nonetheless, the forward has been a key asset to his club. Averaging 0.49 goals over 90 minutes in the RPL Ivan Ignatyev, in fact, is slightly above the 0.47 expected goals for this campaign. Furthermore, the striker manages to direct 39.4% of his on average 3.3 shots per 90 minutes on goal.

At the same time, his RPL minutes show that there is some room of improvement still. Ivan Ignatyev on average only manages to complete 34.4% of his just 33.84 actions on the field. For example, his teammate Ari, who together with Claesson leads the club in goalscoring has managed to complete 48.9% of his 61.64 actions per 90 minutes this season.

Going by those numbers Ivan Ignatyev still needs to become more pro-active in his playing style and more accurate in his attacking play. Where Ari manages to complete 78.4% of his passes this season on average Ignatyev has managed to complete just 63.4%. Furthermore, the striker needs to be more adventurous when it comes to challenging players in one-v-one situations, which his 0.85 dribbles per game (57.6% successful) highlight.

Numbers that are somewhat normal when looking at young strikers that are still in the development faces of their careers. It is, therefore, worth looking at some of the games where Ivan Ignatyev has been able to stamp his authority on a game. Scoring in the last three games before the winter break it was the game against Arsenal Tula on November 25 where he stood out, in particular.

In that game, Ivan Ignatyev managed to complete 18 of his 35 actions, played 80% accurate passes and had three successful dribble attempts. Most importantly the striker managed to get on the scoresheet and was a constant danger in the 18-yard-box. Hence, while Ivan Ignatyev easily passes the eye test and will without a doubt become a great player in a few years, the numbers suggest that he is still a bit of a raw talent located at the perfect club to make the next step in his development.